The Silk Roads to everywhere (review of Frankopan)

‘Europe is but a molehill, all the great reputations have come from Asia’ (Napoleon Bonaparte, 1797). 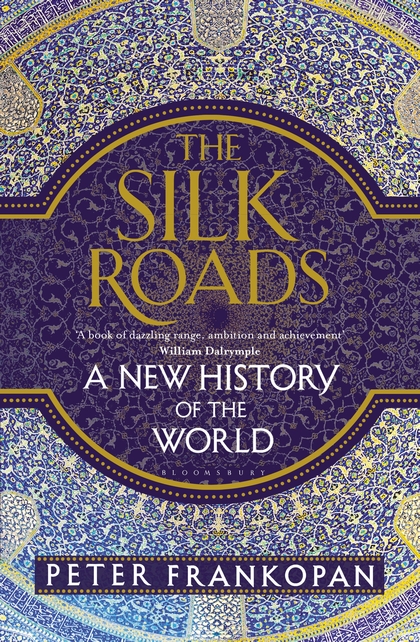 A recent article in the Economist, discussing China’s One Belt, One Road policy, commented that ‘China’s president looks back on that era [the ancient Silk Road] as a golden age, a time of Pax Sinica, when Chinese luxuries were coveted across the globe and the Silk Road was a conduit for diplomacy and economic expansion’. I don’t know if Peter Frankopan, in addition to his accomplishments as historian, businessman, cricketer and footballer, also knocks off the odd article for the Economist in his spare time, but the themes of the article certainly chime with the thrust of Frankopan’s book, particularly its concluding chapters.

Frankopan describes an early historical education which will be familiar to many – a seamless and geographically constrained progress from the classical world of Greece and Rome through the rise of Christian Europe, the Renaissance, the Enlightenment and the Industrial and Agricultural Revolutions to a world in which Atlantic civilisation embodied all that was good – democracy, prosperity, liberalism and high culture expressed in a few European languages. Frankopan’s interest was piqued by the large areas of the world map that, if they did feature in the history he was taught, it was largely in walk-on parts as colonial adjuncts of the Atlantic world.

The sub-title does The Silk Roads a disservice.  The book is not a history of the world in the ordinary sense. It is a stimulating and often challenging examination of the sources and flows of wealth, ideas and power and the empires that have risen and fallen as they gained, exploited and lost control of these flows. The Silk Roads of the title are the routes along which wealth has moved for millennia. Starting with the ancient trade routes between Asia and the eastern Mediterranean, as the book progresses these ‘roads’ proliferate to include the maritime trade routes of European imperialism and the flows of wealth into the United States. In the later chapters the roads become metaphorical, the routes along which human folly has marched, with such titles as ‘The Road to Genocide, ‘The Road to Catastrophe’ and ‘The Road to Tragedy’. The final chapters describe the collapse of the ‘American house of cards across the region’.

The book is, as the author says in his introduction, an attempt to restore Central Asia and the Middle East to pre-eminence in world history  – because it is those regions that have been home to the great empires of history.  Speaking of the region today he asserts:

What we are witnessing … are the birthing pains of a region that once dominated the intellectual and economic landscape and which is now re-emerging. We are seeing the world’s centre of gravity shifting – back to where it lay for millennia. (p. 509)

In one respect Peter Frankopan’s book sits comfortably in the tradition of scholars who have tried to get their fellows to see the world from perspectives other than that of the North Atlantic. Europe is almost peripheral to the story. Its period of dominance, which the author clearly sees as transient and in decline, is a relatively brief aberration. Western Europe before the 16th century was important as a source of slaves and mercenaries; culturally it was a backwater. High culture, religious tolerance, progressive scientific thought, open inquiry and literary and artistic innovation, thrived in the Islamic courts of the Middle East and Central Asia. One is reminded of Sir Stephen Runciman’s comment in his History of the Crusades that to the peoples of the Middle East, whether Christian, Moslem or Jew, the Crusades were just another series of barbarian invasions. Europe’s recent centuries of predominance must be seen in the context of the long sweep of Chinese history and the glories of the Persian or Arab Empires.

The source of Europe’s predominance also comes in for revision:

Discussion about Europe in this period emphasizes that the Enlightenment and the Age of Reason saw a coming of age where ideas of absolutism were replaced by notions of freedom, rights and liberty. But it was Europe’s entrenched relationship with violence and militarism that allowed it to place itself at the centre of the world after the great expeditions of the 1490s. (pp. 257-58)

It was military and naval innovation and power, derived from the ‘fierce rivalry between states’, the centrality of violence to European culture and the justification provided by the duty to spread Christianity that enabled the European empires to seize control of the sources of wealth – whether it was gold and silver from the Americas, slaves from Africa or spices from the East – and to dominate the trade routes along which they passed. Europeans may have been debating rights and liberty but their subject peoples were rarely participants in, or beneficiaries of, this debate.

Iran’s experience, which recurs throughout the book, can stand for the experience of much of the non-European world in the period of dominance by the Atlantic powers.  As contested territory in the ‘Great Game’ between Britain and Russia and then as a critical source of oil after the discovery of huge oil reserves in the early 20th century, Iran was the plaything of Western powers for much of the 19th and 20th centuries, with consequences of which we have become all too aware. 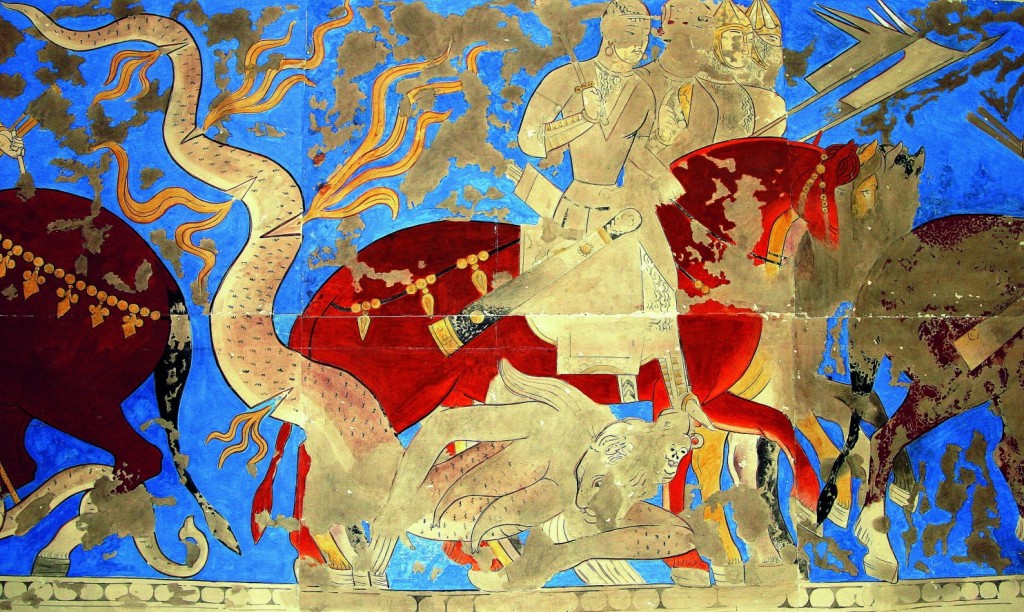 William Knox D’Arcy, ‘a capitalist of the highest order’, made his fortune from the Mount Morgan gold mines in Queensland and later obtained the right to explore for oil in Persia. A massive find in 1908 guaranteed the success of the Anglo-Persian Oil Company (later British Petroleum) and, given the strategic significance of the find to the Royal Navy, ensured that the Great Powers’ interference in the region was supercharged. In a familiar pattern, Iranian leaders were bullied and bribed and then dismissed as spineless and corrupt by generations of British, Russian and American intruders.

The wealth derived from Iranian oil flowed disproportionately to the British. The residue that remained in Iranian hands rarely reached the ordinary people, often finding its way into the pockets of Western arms dealers and luxury goods makers. In a phrase that might refer to the colonial experience more generally (and be borne in mind by those negotiating mineral concessions with East Timor) ‘no material benefits could compensate for personal degradation and loss of dignity’ (p. 402).

Memories of those experiences continue to influence international relations today. Neil MacGregor, former Director of the British Museum and originator of the History of the World in 100 Objects exhibition now on in Canberra, has made a similar point:

What does the world look like if you have an Iranian memory? … [Y]ou know that your country was the great civilizing force of the region for 4000 years. And you also know that your country’s attempt to become a liberal democratic nation in 1900 and in the 1920s were twice destroyed by the British and then violently destroyed by the British and the Americans in the 1950s. You know that Iran was occupied and partitioned by the British in the second world war; in Britain we have completely forgotten that … But they certainly haven’t … (Guardian, 17 April 2016)*

Few academic historians write this type of history book. Its remarkable chronological and geographical scope and bold judgments leave rather too many hostages to the narrow specialist while its concluding chapters engage with current events and, horror of horrors, offer guidance to the future. Those chapters do not make comfortable reading for anyone who still retains a view that the exercise of power by the West in the Middle East and Central Asia has been of benefit to the people who live there.

* McGregor has written more recently about how the British also tend to focus too much on the sunny side of their history, to the extent of being selective with the truth.

Derek Abbott is a retired Senate officer with a history degree from Aberdeen University. He has reviewed a number of books for Honest History (use our Search engine to find them).

Print This
Click here for all items related to: Getting on with the world, Strands of Australian history, The sweat of our brows