Update 12 February 2016: will the departure of the Minister lead to a machinery of government change affecting Veterans’ Affairs?

Honest History has ‘crossed paths’ with Minister Robert a number of times since September last year, when he took up the triple roles of Minister for Human Services, Minister for Veterans’ Affairs and Minister Assisting the Prime Minister for the Centenary of Anzac. (We have never met him.) This post links to relevant material on our website.

We first wondered whether Minister Robert would be too busy to effectively do all three jobs. Fairfax media ran this as a story that the government might have decided it could do without the Veterans’ Affairs portfolio. 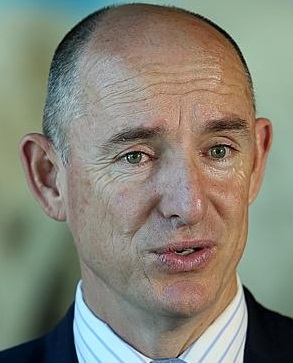 The Minister took exception to our suggestion that he would be unable to juggle his various responsibilities and tweeted that he was quite able to walk and chew gum at the same time. We responded that it was reassuring to hear that he was multi-talented but pointed out that he had not answered a letter Honest History wrote him two months earlier offering to meet with him. An answer came shortly thereafter, inviting us to meet the Minister’s Chief of Staff; this meeting duly occurred.

Meanwhile, we had heard the Minister speak at the Last Post ceremony at the Australian War Memorial commemorating the centenary of the Gallipoli evacuation. We complimented the Minister on his speech but said views would differ on the appropriateness of a young boy, apparently one of the Minister’s sons, laying a wreath rather than it being done by the Minister, the representative of the Commonwealth.

Then, we reported the Minister’s media release of 23 December, announcing that a contract had been awarded to construct the Sir John Monash Interpretive Centre at Villers-Bretonneux in France. (Search ‘Monash’ on our site for our extensive coverage of this project over many months.) We characterised this as a ‘taking out the trash’ announcement, where an announcement is necessary but the subject matter is something of an embarrassment. We asked, if the government was so proud of the project, why announce it when no-one was listening?

Finally, last month, we reported the Minister turning the first sod at the Monash Centre, including the local French media angle that the project was a great investment in the economically stressed Picardy region. We also noted that the Minister differed from his senior bureaucrat on what was the major cost driver of the project: the Minister reckoned it was the size of the hole being dug; the official had told the Australian Parliament’s Public Works Committee that the hole was relatively cheap and it was the high-tech contents of the Centre that would run up the bills.

Honest History takes no position on the current issues involving Minister Robert. This post just provides a convenient link to material that may be of interest to readers.