Stretton, Hugh: ‘I am here to barrack for more historical education’: how to use history

‘”I am here to barrack for more historical education”: how to use history’, Honest History, 19 December 2018 updated

Hugh Stretton (1924-2015) was one of Australia’s most distinguished social scientists. Hugh Stretton: Selected Writings, edited by Graeme Davison, was published recently by La Trobe University Press, and the extract below is reproduced by permission. The book has been reviewed by Tom Griffiths in Australian Book Review, Erich Mayer in Publishing Arts Hub and Barry Hill in Fairfax. Extracts in Inside Story of Davison’s introduction. Google Books extracts. HH

In February 1992 Stretton was invited to give a seven-minute talk to the ‘Ideas Summit’ convened in Canberra by his friend Donald Horne. He used the opportunity to make a plea for the importance of history in public policy. While often diffident about his own claims as a historian – ‘I’ve never written any,’ he replied to one interviewer – he remained, from first to last, an energetic defender of the discipline and its educative value.

There was scarcely a time when original thought about the most basic moral and social questions, and the basic social capacities and incapacities of humankind, seemed so urgent, and perhaps potent for good or evil. I think such thought needs, among other things, three qualities which have been scarce in modern social science: it needs to be holist, uncertain and eclectic.

‘Holist’ scarcely needs explaining. As far as possible we should think about whole people and whole societies and stop supposing that any mental abstract from their whole behaviour – such as their economic behaviour alone, their political behaviour alone, their affectionate or acquisitive or altruistic behaviour alone – is likely to be so regular and independent of the rest of their experience that determinate theories can hope to predict it.

‘Uncertain’ means knowing that what we study may be changing as we study it – sometimes because we study it. That’s another reason to stop looking for rigorous, formal theories which could only work with stable subject matter, i.e. if people never changed their minds or directions. I say it briskly, but if you believe it you must discard a great deal of this century’s social science.

‘Eclectic’ has two meanings. First, the people we study are eclectic: they learn and think and choose, and what they will choose next is not always predictable. Second, whoever studies them must also choose. Social behaviour responds to its whole context. Innumerable conditions have to be present for people to behave exactly as they do. Alter any one, and they may behave differently. That is another way of saying that the causes of human behaviour are innumerable. To explain the behaviour, you have to choose which of its conditions to take for granted and which to explore, just as if you want to influence it, you have to choose which of its conditions to act upon.

To design new social arrangements or decide between rival reform proposals, you of course need to know our society well. But if that is all you know, there is one thing you cannot know about that society. You cannot know how much of its behaviour is conditioned by local, changeable conditions, and how much by capacities built into human nature. The wider the variety of actual societies – past and present and far and near – that you know about, the better equipped you are to judge what is fixed and what may be changeable in any one of them.

Consider, for example, the motivation of work. If all you know is the here and now, money may look like the main motive for productive enterprise. But medieval Europe saw innovation in many fields, from optics and glass technology through rational farm accounting to cathedral engineering, done mostly by men sworn to poverty. When Meiji Japan needed a new breed of capitalist entrepreneurs, the aristocratic samurai rather than the profit-seeking merchant class supplied most of them. If you see housework and childcare as work, other motives including love appear. And so on: subject to all the usual requirements that the thinkers have brains and good intent, the wider the vicarious experience, the better the social engineer.

Who study societies of every kind, study them whole, know most about how they conserve or change their ideas and institutions, write in plain language, and generally know how uncertain and selective their knowledge is at best? Historians do. Their vocation is – roughly speaking – to give as good foundation as scholarship can to the kind of selective-but-holistic discourse about society that politicians, public servants, journalists and citizens use every day to arrive at their political judgements and policies. We should stop tagging historians as the people who study the dead past, and see them as the people who do their best – at whatever cost in certainty and precision – to study how whole societies conserve and change their social life.

So when, as now, we face great social choices, three disciplines should chiefly educate us. The first is the natural science of our physical environment, and our means of manipulating it. The second is the high art and literature of individual human nature and experience. I leave those to other advocates. I am here to barrack for more historical education. The historians have done a good deal as relatively rapid innovators, to match their work to changing need. They have become quite competent measurers and quantifiers where appropriate, while still avoiding the trips of jargon, pseudo-science and sterile theory. There was never much ground for the hostile stereotype of them as anecdotal chroniclers of battles and royal marriages: those were not the main concerns of Thucydides, Machiavelli, Clarendon, Catherine or Thomas Macaulay, de Tocqueville or Henry Adams. Their successors have supplied much of the best understanding of modern industrial and social transformations. They are our main source of wisdom about religious violence, now threatening much of Asia. They are now exploring mankind’s diverse experience of childhood, marriage, ordinary life, the unrecorded experience and forgotten achievements of women. 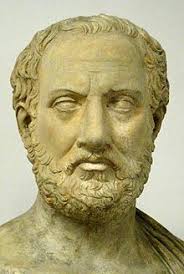 So I am for more Australians learning more history, of other countries and times as well as their own. It would be nice if the modern economic miracles had all been achieved by societies with a broad and deep education in natural science and the humanities. Unhappily, that’s not true: some narrow-minded utilitarians have also got rich. But it is true that a broad education, a rich culture and an interesting intelligentsia never held a country back, and those who get rich with that sort of culture are happier and more interesting societies than those who got rich without it. One promising local enterprise just now is a joint Japanese/Australian comparison of Japanese and Australian history, to see what thoughts the Australian experience may prompt in Japanese minds growing uneasy and uncertain about the uses of their wealth and the quality and direction of their national life. Just as the Japanese example is used to scourge lazier societies, might some alien achievements stimulate them to reflect on the range of good human potentialities which their culture does not yet engage as happily as it might?

Print This
Click here for all items related to: Ruling ourselves, Teaching history, Using and abusing history