Stephens, David: Why would you destroy something that 96 per cent of your visitors liked? War Memorial Annual Report 2020-21

‘Why would you destroy something that 96 per cent of your visitors liked? War Memorial Annual Report 2020-21’, Honest History, 12 November 2021

Annual reports of Australian government departments and agencies are normally tabled in the Parliament before they are published. But not always: it is possible for these documents to become public before tabling. In such cases, there is a token mention in the Hansard after the event. Not that it matters much: annual reports like this rarely provoke debate in the House or Senate. 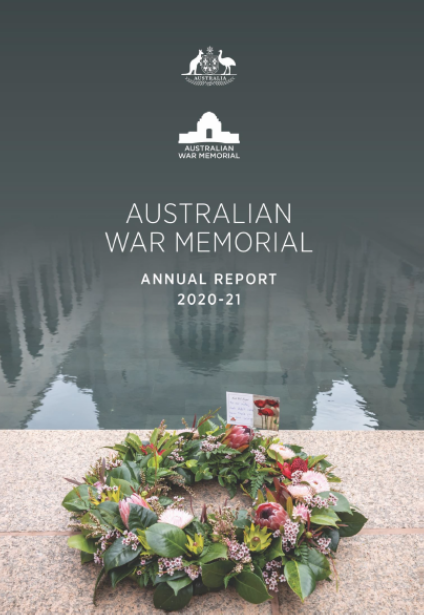 This year’s Australian War Memorial Annual Report appeared on the Memorial’s website late last week, in a week where the Parliament was not sitting. These days, thanks to changes in the relevant Department of Finance rules, annual reports do not give much away.

The rule changes must have been a relief to the War Memorial’s management, who had developed a penchant for seeking donations from the manufacturers of the weapons and machinery of war – a practice which had attracted a lot of criticism (and provoked in response the florid rhetoric of then Memorial Director, Brendan Nelson) but which did not have to be reported in detail under the new regime. We discussed this here.

And this is our most recent comparison of War Memorial donors with world arms manufacturers. Over the years, most of the big ‘gunrunners’ have kicked in for the Memorial – the amounts donated being small change compared with the profits and revenue of these companies.

Finance now has all these new style, less forthcoming annual reports lumped together on a site called Transparency.gov.au. The following gems can be found in the latest War Memorial report.

The financial statements in the Annual Report (pages 44 and 47) show a total for Donations and Sponsorships in 2020-21 of $5.152m, down from $8.862m in the previous year. This 2020-21 total includes, however, $3.125m for the value of donations of large technology items from the Department of Defence and other heritage items. (This kit will eventually be displayed on the new floor space at the Memorial.) Part of the remaining $2.027m would include money from defence industry donors, but the recording system is so opaque now, particularly in the absence of lists of donor companies and individuals, that it is difficult to be sure of the amount.

The remuneration received by former Director Nelson usually included a bonus, though it was unclear whether this was in recognition of his skills at getting donations. One legacy of his era, the naming of the Memorial’s theatre as the BAE Systems Theatre, has slipped into history. The facility is now simply the Memorial Theatre, though Memorial management has not responded to queries from observers as to why the change was made.

Substantial bonuses feature in the record of remuneration at page 17 in this year’s report, though this time they have accrued, not to Director Matt Anderson, but Executive Director (Development), Wayne Hitches, formerly of Lend Lease. Mr Anderson had a base salary of $380 269, bonuses of just $9548 and total remuneration of $444 599, while Mr Hitches had bonuses of $68 000, other benefits and allowances of $193 427 and a base salary of just $150 470 for a total remuneration of $484 111. Nice work if you can get it.

Visitors to the Memorial

We have followed this statistic over 30 years and have argued that the visitor rate has declined in real terms over that period so that the proportion of Australia’s population visiting the Memorial in any one year is now less than four per cent and waning. In other words, in any one year 96 per cent of us do not go to the place.

Given COVID depredations, leading to closure of the Memorial for long periods, we have not taken too much notice of the 2019-20 figure nor again the figure for 2020-21 (page 31 of the 2020-21 Annual Report) which, at 311 533, was 44 per cent below the previous year. Still, this second decline gives a sharper point to our question whether the Memorial is a wasting asset, a white elephant whose visitor rates will never pick up. But then, there will be that retired military machinery to attract visitors.

The Memorial has always been very proud of its General Visitor Survey, where visitors leaving the place are asked what they thought of it. The satisfaction numbers are often stratospheric:

Satisfaction rates in the 90s do not seem to fit a building that is undergoing a major redevelopment. Why fix a place that clearly ain’t broke, to judge by public feedback? That final sentence deserves especially close parsing:’Permanent gallery’?: Anzac Hall has been destroyed; satisfaction rate of 96 per cent?: again, Anzac Hall has been destroyed. 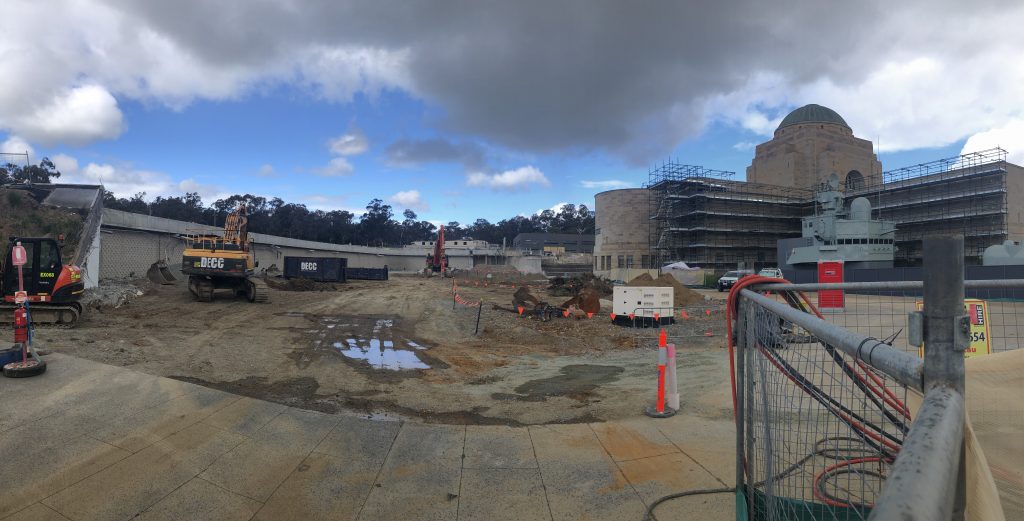 One wonders whether that 96 per cent of visitors were given a heads-up on the future of the facility they were so satisfied with. To report the survey result on this page of the Annual Report without an accompanying footnote that the facility is no longer there seems like spin of Olympian calibre. Yet, the way the Memorial has spun survey results on the redevelopment shows it has always been a champion at dodgy counting – particularly by comparison with properly run surveys.

Finally, the Memorial’s statistics on how visitors were affected by their visit show surprisingly low numbers (page 28 of the Annual Report):

Visitors were asked “How has the Memorial contributed to or shaped your views on Australian history?”:
● 46 per cent noted an aspect that reflected greater understanding of the Australian experience of war;
● 17 per cent shared that the Memorial had reinforced sense of values, pride, respect and gratitude;
● 14 per cent specifically mentioned the impact of the sacrifice, hardships and dedication of those who served.

These seem poor figures for an institution that takes its educative – even its patriotic – role seriously. Do they show instead that most visitors see the Memorial as just another item on the tourist bucket list? Do they show that it has already become what opponents of the redevelopment have predicted – a military Disneyland?

* David Stephens is editor of the Honest History website and has been convener of the Heritage Guardians group, opposed to the $498m redevelopment of the War Memorial.

One comment on “Stephens, David: Why would you destroy something that 96 per cent of your visitors liked? War Memorial Annual Report 2020-21”