Stephens, David: Timetable for War Memorial heritage consultation on $498m project – but what is wrong with this picture?

‘Timetable for War Memorial heritage consultation on $498m project – but what is wrong with this picture?’ Honest History, 12 July 2020

Readers who have been using the lockdown or bad weather as a reason to stay indoors may have turned their mind to the pile of documentation on the Australian War Memorial website dealing with heritage aspects of the Memorial’s proposed $498m building program. The Heritage Guardians campaign diary tracks the history.

Thanks to the Memorial and the Department of Agriculture, Water and the Environment (DAWE), and following a request from Heritage Guardians and Medical Association for Prevention of War (MAPW), interested folk have 20 business days to comment on heritage matters, rather than the statutory minimum ten business days. The timetable then runs as follows, according to the Memorial’s website:

So, there you are. This timetable would be testing enough without the concurrent Public Works Committee (PWC) inquiry into the project. A public hearing on this occurs next Tuesday, 14 July, with Heritage Guardians opening the batting and a distinguished cast of opponents of the program to follow. More than 80 per cent of the (record number of) submissions received by the PWC opposed the project. 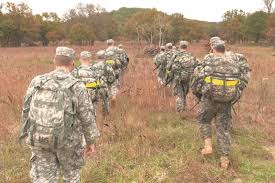 Accountability for a big project like this requires the two processes. Yet, logic would suggest that the heritage aspects – essentially the impacts of the project on the Memorial’s heritage values under the Environment Protection and Biodiversity Conservation Act (EPBC) – should have been dealt with before the PWC inquiry got under way. But the Memorial has dithered and diddled around so much on heritage matters (seven months between its first referral to DAWE and the current one, which has the confusing title of ‘final preliminary documentation’), that the two processes are marching side by side.

That is what is wrong with this picture. Or perhaps simultaneous processes was what the Memorial, as proponent, wanted all along. It makes the task of opposing this eminently unnecessary and extravagant project particularly challenging. But on we go.

In any case, an application of logic early on would have prevented the project getting as far as it has, regardless of the order of march. Succinct arguments against the project are set out in Heritage Guardians’ first submission to the PWC inquiry (number 15, over the names of 82 Australians) and longer arguments can be found in Heritage Guardians’ second submission (number 40).

A comment on the simultaneous process shemozzle can be found in the submission (number 38) to the PWC from architect Geoff Ashley, Principal of Ashley Built Heritage, who is also a witness at Tuesday’s hearing.

It is my submission that the AWM development project has strong problematic and consequential associations with three of the PWC Terms of Reference (Section 17 (3) of the PWC Act 1969), purpose, need and social value. There are also significant consequential problems with a fourth Term of Reference, cost effectiveness, that will result from the project.

It is my recommendation that the PWC should firstly await full public outcomes and
recommendations from the EPBC Act Referral process and when the PWC does eventually go ahead, consider the heritage impacts as a key underpinning aspect of each of its terms of reference relating to purpose, need, and the public value of the resulting project and its cost effectiveness — none of which have been demonstrated.

Simply put, Ashley is saying the process is arse about, and that the War Memorial project does not measure up against key criteria for Commonwealth public works. And he should know, as he helped write the Memorial’s 2011 Heritage Management Plan.

Then there is Major General Steve Gower, a former Director of the Memorial, and another witness before the PWC next week. He says this (PWC submission number 25) about the processes marching together:

[F]or the AWM not to follow normal processes and at this time submit to the PWC a proposal with no Department of Agriculture, Water and Environment clearance of Heritage matters, let alone National Capital Authority views on the proposed addition to the Parliamentary Triangle is highly irregular, certainly for those members of the public who wish to make an informed and considered submission of value to Committee members.

* David Stephens is editor of the Honest History website and a member of the Heritage Guardians committee.