Sometimes serendipity plays into the hands of bloggers. Such is the case this week. First, there was a presser from Minister Chester, wearing his Centenary of Anzac hat, announcing the first tranche of payments under the Armistice Centenary Grants Program. As we saw a few years ago with the Anzac Centenary Local Grants Program, grants like this go mostly for pageants, patch-ups (of existing memorials, monuments and remembrance pathways), projects (military heritage and school), and, occasionally, new bricks and mortar constructions of a commemorative nature.

This outcome is not surprising; it is how the grant rules are written. The grant recipients are RSL sub-branches, historical associations, museums, schools, and local government bodies, again, as per the rules. The grant applications go through local federal Members of Parliament, who may well get their name on or associated with the completed project. 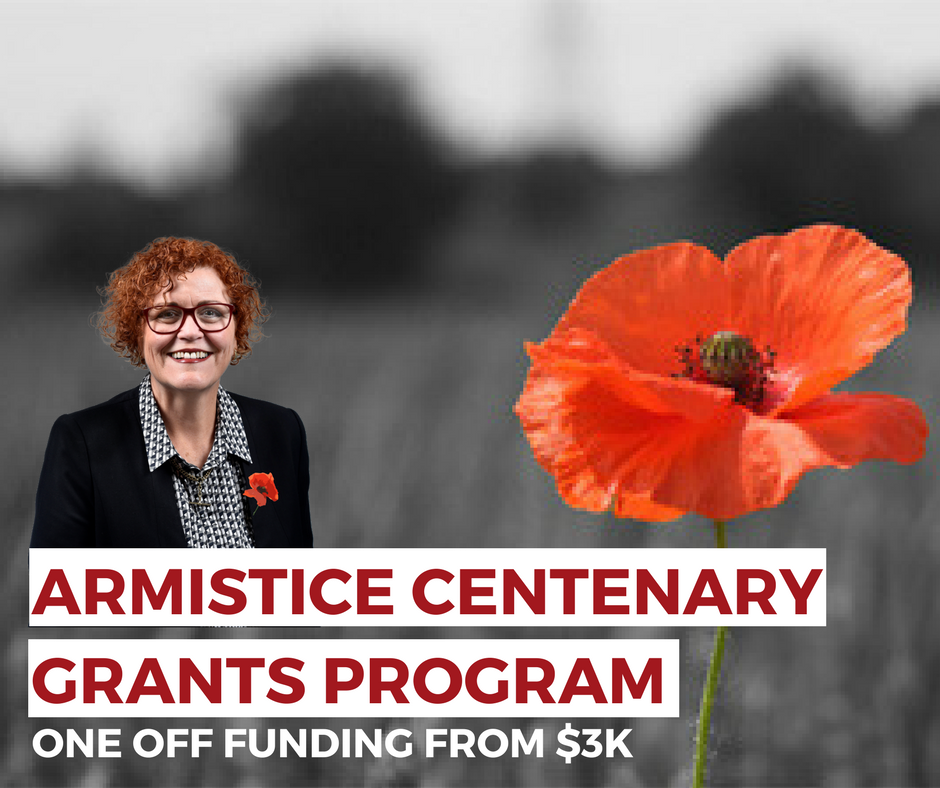 Some examples of projects from the first batch of 50 grants:

Projects like this would not have been out of place at many times in the century since the Armistice. Just think of all those little stone soldiers, rolls of honour and avenues of trees that appeared in the years after the Great War. Parades then would have centred around returning soldiers; nowadays they feature schoolchildren dressed up. Striking out in new directions is not common in the commemoration industry. Sentimental remembrance has always been the theme, rather than usefulness.

What would have been more useful today? Spending at the Armistice grants rate of $50 000 an electorate eventually ($7.5 million all up) for, say, the prevention of suicide or family violence among ex-service personnel would have added significantly to the money going to achieve those objectives. Commemorating a couple of famous Australian soldiers from the Great War, the money could have been labelled the ‘Pompey’ Elliott and Hugo Throssell VC Fund. It might have made a difference to today’s potential Pompeys and Hugos – and their families.

By contrast with the Armistice grants example of ‘more of the same’, there is a petition ‘Commemorate, Don’t Commercialise’ – online and ready for signing – put out by Medical Association for Prevention of War (MAPW), founders of the International Campaign to Abolish Nuclear Weapons (ICAN), which won the Nobel Peace Prize last year. This campaign recognises that, following recent publicity of the Australian War Memorial’s fundraising habits, the close-knit military-industrial-commemorative complex needs to be questioned. A good place to start this process is the Memorial’s insistence on chasing – and boasting about – the money it gets from arms manufacturers to help put on displays at the Memorial.

The amounts donated by these companies are tiny when compared with the companies’ turnover and profits, but the Memorial still pants for them. They are crumbs from the table of companies that profit from war and contribute to human misery. For example, the Memorial expects to get $A375 000 from Lockheed Martin over the next three years (page 79 of the pdf). Lockheed is the world’s largest arms manufacturer by volume of sales – $US40.8 billion in 2016 – so the Memorial’s annual ‘crumb’ from Lockheed will come to about 0.0002 per cent of the company’s annual turnover. Big deal.

Australians who find this money-grubbing spectacle distasteful can sign the petition and consider a donation to the ‘Commemorate, Don’t Commercialise’ cause. Those who do not, need not, though they might consider whether a peaceful Australian future is better served by the Armistice grants – commemorating without questioning – or by disconnecting the War Memorial from its gunrunner* donors, companies which have a vested interest in the perpetuation of war, while playing nice (discharging their ‘corporate responsibility’) to those whose job it is to commemorate it.

The petition, addressed to the Director and Council of the War Memorial, says this:

It is unacceptable that:

There’s also some virtual reality brewing at the Australian War Memorial to commemorate the Battle of Hamel. More of that shortly; it is not unrelated to the above post.

* Not our word but one used (in the author’s hearing) by a retired senior Australian Defence Force officer talking about arms manufacturers. Apparently, the term is common at that level of the ADF.