Stephens, David: Radio, reminiscences, a radical, the Limestone Plains, and a new play by a distinguished journo: a roundup

‘Radio, reminiscences, a radical, the Limestone Plains, and a new play by a distinguished journo: a roundup’, Honest History, 31 March 2021

In between helping the Heritage Guardians resist the entirely unnecessary and inappropriate $498m legacy project at the Australian War Memorial, the Honest History elves have been keeping in touch with some miscellaneous reads, all more or less under the rubric of ‘history’. Here’s a round-up with links.

Very early one morning recently, one of the elves caught up with ABC RN’s Big Ideas (episode of 24 March), on which Noel Pearson made a sonorous and sensible speech at the National Museum about the need for constitutional recognition of our First Nations, and Indigenous activist, Dean Parkin, spoke about the Uluru statement, From the Heart, and the decades that will pass before some of the gaps in Closing the Gap are closed. Then there was Indigenous mariner and unionist, Vicki Morta, who also spoke from the heart about her career on ships.

Over on Eureka Street, that lyrical writer, Brian Matthews, contributed the second of two pieces on travelling to the Gallipoli Peninsula in Turkey, sixty years ago. Matthews and friends were closely watched by the resident military, and ‘we were not permitted to explore on that day in 1961. There was only Anzac Cove — the grey, wreckage-reefed water, the cold light, the rattling pebbles; no life on the shore. Like so many of the doomed soldiers who landed at dawn on 25 April 1915, we would get no further than the beach.’ 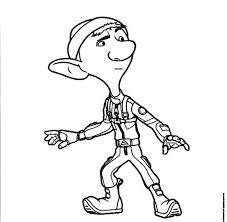 One of the Honest History elves

Then there is the radical Marxist, Humphrey McQueen, writing about another radical Marxist, the distinguished economist and historian, Bruce McFarlane, now living in New Zealand after a distinguished career. Here is McQueen’s tribute to McFarlane, as a pdf from the Journal of Contemporary Asia late last year, made available to members of the Australian Society for the Study of Labour History.

Not enough Australian academics and writers deserve the title ‘noble protagonist of the proletariat and peasantry’, which is how Humphrey describes Bruce. ‘In his more than eight decades’, writes McQueen, ‘Bruce McFarlane [has been] Australia’s pre-eminent critic of political economy, both through his analyses of real existing capitalisms and socialisms as well as of the attempts to prettify them’.

Then there is Meanjin, which has been around almost as long as McQueen and McFarlane, and, like McQueen at least, began its journey in Brisbane. Long in Melbourne and now edited by Jonathan Green, also of the ABC, it recently reached the milestone of Volume 80, Number 1 (Autumn 2021). The elves have just started to read this number but have already dipped into notable pieces on Canberra, its environs (on the Limestone Plains), history, and vibe, by historian, Mark McKenna (‘Canberra’), journalist and writer, Paul Daley (‘Fault lines at the Australian War Memorial’), and former senior bureaucrat, Paul Barratt (‘My, how things have changed’).

Beyond the Limestone Plains, this Meanjin has drawn contributions from many others, including Margaret Simons (‘Q for conspiracy’ – on social media, journalism and the fragmentation of reality) and Maria Tumarkin (‘This decade will see shocks and flying possum shit from the neighbours’ being-retiled roof turned their morning into our night and it will be important for writers to write under many different conditions’). That’s the title of the article; we kid you not.

Finally, there is a play from distinguished ABC journalist and foreign correspondent, Sally Sara. It is called Stop Girl and is reviewed here by Rodney Tiffen, here by Steve Ahern, and here by Cassie Tongue. Sara talks to Tim Elliott about the play.

The play is about PTSD and lots more and is semi-autobiographical. ‘It was brave of Sara to write such a revealing play’, says Tiffen. ‘Taken simply, it offers a very good night in the theatre – well-crafted, always moving forward, skillfully staged, its serious themes leavened by many funny moments. Its larger value lies in opening up the issue of Post-Traumatic Stress Disorder.’ PTSD is not just a military thing. Stop Girl is on at the Belvoir in Sydney until Anzac Day.

* David Stephens is editor of the Honest History website, and convener of Heritage Guardians. Humphrey McQueen, mentioned above, has been a great friend to Honest History, giving us access to much of his out-of-copyright material. Search the site under the term ‘Humphrey’.