The Honest History enterprise has devoted a lot of time and effort to pushing back against the wave of bullshit generated by the Anzackers, the peddlers of Anzackery, the sentimental and jingoistic version of the Anzac legend. The Honest History Book, for example, contained two chapters which were especially firmly located in that anti-Anzackery stream. One was the chapter I wrote with Burçin Çakir on the famous ‘Those heroes that shed their blood …’ words allegedly said or written by Mustafa Kemal Atatürk. The chapter showed conclusively that there was no strong evidence for Atatürk as the source of these words and plenty of evidence that they were invented and embellished after his death.

The other chapter was Mark Dapin’s mythbusting about the treatment meted out to Australian soldiers returning from Vietnam. Dapin showed that stories about them not receiving welcome home parades, being shunned by the Returned and Services League, and suffering other indignities were, indeed, mostly stories, made-up stories.

The difference between the Atatürk and Vietnam myths lies in the variety of comfort they deliver. The Atatürk words are indeed nice words and they offered and still offer comfort to Australians (and New Zealanders) who feel sad about young Anzacs lying dead in foreign soil. In the Vietnam case, the reason for the persistence of the myth is more difficult to fathom. Perhaps Vietnam veterans, scarred by their service in a losing war, attribute part of that scarring to how they thought they were treated on return. As time passed, memories blurred, stories of what happened to American veterans were translated to Australia, isolated instances within Australia became generalised. Or stories were simply made up.

It was certainly true that the received version of what happened to returning Vietnam men was frequently on the lips of politicians, from Bob Hawke in the 1980s when he pushed for the welcome home parade in 1987, through John Howard, to sundry Veterans’ Affairs Ministers, to War Memorial Director (and former Defence Minister) Brendan Nelson today, a man who never met an Anzac myth he didn’t like. And the outgoing Governor-General, who was there and should know better.

Now Mark Dapin has written a book, based on his doctoral thesis and drawing upon dozens of interviews with Vietnam veterans. He finds plenty of evidence for how the Vietnam men – 60 000 of them, including 15 000 conscripts – remember being treated. ‘We came back with the general consensus that we were a bunch of bloody idiots, bludgers, baby killers, morons’, says one of them. ‘The government shit on us, the public shit on us’ (p. 2). Others say they were flown back in the dead of night, so the demonstrators would not see them, they ‘were rejected and spat on … and a motherfucker poured a bucket of paint on me’ (p. 4).

Yet, after six years of study and collecting evidence, Dapin has a different view. He writes, ‘I no longer believe [as he did when he first addressed the subject] a significant number of people in the 1960s and early 1970s regarded Vietnam veterans as baby-killers, bludgers or morons’, although there were ‘negative stereotypes’ in some circles and these persisted and ‘probably intensified’ until the mid-1980s (p. 9).

At this point, some Vietnam men and their families may well stop reading the book, because Dapin threatens not to mirror what they believe was their reality. Dapin, however, piles up the evidence or rather, he finds evidence of how the returning men were actually treated – not in the way that many of them claim to remember – and does not find evidence to support their recollections.

But how did the story get skewed so badly? Dapin admits at the beginning that he was one of the journalists taken in. He refers to ‘a phenomenon that occurs throughout Australia’s literature of Vietnam, in which an inaccurate, unconsidered statement of one sincere writer [who has probably been speaking to veterans] is picked up by a learned, earnest author, and quoted, footnoted and enshrined as fact (p. 10)’. Burçin Çakir and I detected a similar process at work with otherwise reputable historians in relation to the notorious ‘Atatürk words’. (No names necessary.)

Both ‘left’ and ‘right’ observers have contributed to this mythology – the former because the apparent ill treatment of the Vietnam men fits a narrative of soldiers as victims, the latter because it proves what bastards the anti-conscription, anti-Vietnam War people were. Tales grew based on archetypes: ‘the rejected returning serviceman; the soldier as a dupe of higher powers; the man-hating feminist; the fanatical agitator’ (p. 18). Also, as memories faded – or perhaps they never existed – experience from the United States was adopted as Australian. 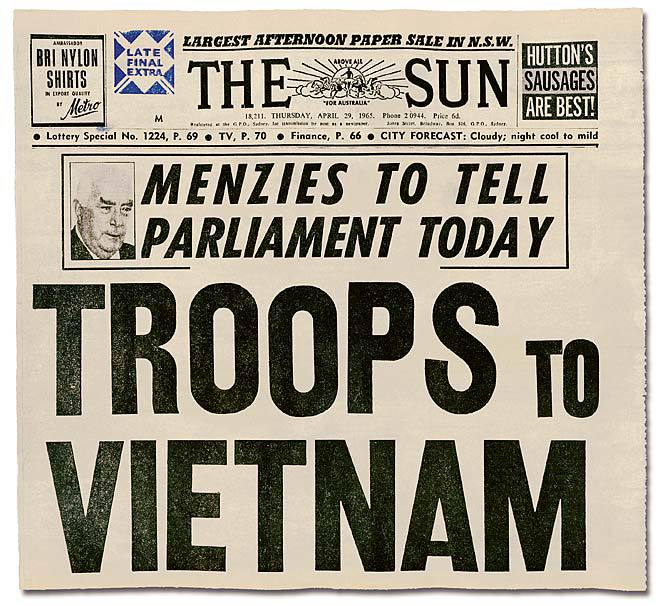 With this background firmly in place, Dapin goes on to fail to find evidence of airport demonstrations against returning soldiers, of blood being thrown over or smeared on marching men (the sole exception being by Nadine Jensen in Sydney in 1966), of posters carrying the words ‘baby killers’, ‘rapists’, and similar. The airport demonstrations myth grew from American stories, Dapin believes, which grew in turn from American movies depicting fictitious events. In Australia, ‘there are no contemporary accounts of hostile homecomings. None at all’ (p. 135). Nor is there evidence of flyers, posters or advertisements exhorting demonstrators to turn up at airports.

Soldiers being spat at seems to have been sourced from American movies, too. Service people not wearing uniforms to avoid being spat at or abused is ‘a military “urban myth”’. Some stories of protests, such as those involving women protesting against rape in war, can be traced to the 1970s and 1980s, well after the Vietnam years. ‘If we look at the history of Australian feminist demonstrations against rape in war … we see incident after incident in which Vietnam veterans (among others) met with protesters whose slogans implied that they were all complicit in rape (p. 193)’.

The most striking collection of evidence about things that did happen is Dapin’s material on the welcome home parades that politicians in recent years routinely say returning men were denied until 1987. (Michael Caulfield, Dapin previously, and Peter Edwards have also written about this.) Dapin has an appendix which gives details of fifteen parades in Adelaide, Brisbane, Sydney and Townsville, between June 1966 and December 1971.

Why has this history slipped from view?

It is difficult to understand [writes Dapin] how and why conservative Australia has been written out of – and allowed itself to be expunged from – the social history of the Vietnam War. The welcome home parades, enormous and heartfelt outpourings of patriotic joy, were no less an expression of public feeling than the smaller Moratorium marches. Many of the good things organised for the soldiers seem to have been forgotten or replaced in the memory of veterans with insults that may never have been thrown. The banners that met returned men said “Welcome Home Men” not “Baby Killers!” Women ran out of the crowds to kiss soldiers, not to spit on them (p. 89).

Dapin suggests, however, that the lack of received memories of parades was somehow a surrogate for a feeling of not being welcomed or not being given sufficient support on return. He quotes historian Alistair Thomson about how stories are never fixed, but change subtly every time they are remembered or recounted. 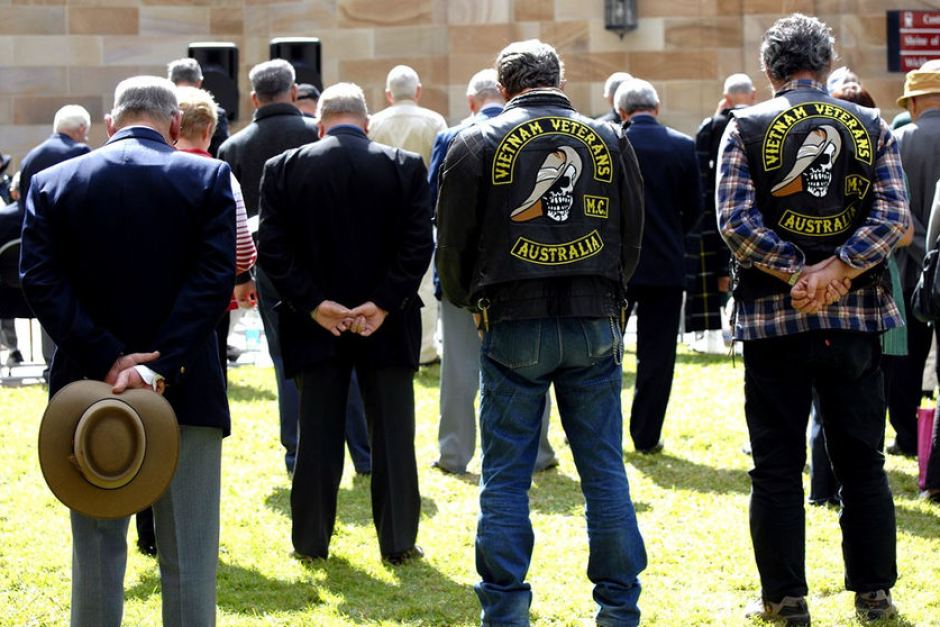 There are other myths that Dapin deconstructs: that only volunteers went to Vietnam; that the ‘birthday ballot’ was rigged; that there was an Australian equivalent of America’s My Lai Massacre. This is all valuable stuff and a tribute to Dapin’s diligence, but will it make a difference to how we place the Vietnam War in our history? Not as long, perhaps, as consummate bullshit artists have most to say about our military history. (Again, no names necessary.)

Books like Dapin’s, however, help construct the bulwarks against the flow of ordure and they are infinitely valuable for that reason. Truth – or, at least, interpretation soundly based on evidence; in other words, honest history – will win out in the end.

Dapin’s final two chapters have many insights: how misremembering grows from, and is reinforced by, disenchantment in the return to civilian life; how simplistic views prevail; how cross-checking of evidence has not happened enough and should be done better and more often; that, beneath Moratorium marches and anti-conscription campaigns, Australia in the 1960s and early 1970s was a conformist and conservative society; that the experience of wars never leaves those who fight them.

Yet, in those two perceptive chapters, this sentence struck a particular chord with me: ‘In accepting myth as memory as the raw material of military history, we essentially abandon the writing of history – except as a history of myth’ (p. 205). That salutary reminder should find a place somewhere on the walls of the Australian War Memorial.