Stephens, David: ‘Eve of Destruction’ at the War Memorial: why are we trashing ‘our most sacred place’?

‘”Eve of Destruction” at the War Memorial; why are we trashing “our most sacred place”?, Honest History, 17 October 2021 updated

Some time in the next couple of weeks (while Parliament is sitting, so most of us will be looking the other way) the National Capital Authority will release its consultation report on Main Works Packages 1-3, the bulk of the $498m redevelopment project at the Australian War Memorial. (Main Works Packages 1-3 are the New Southern Entrance and Parade Ground, the Bean Building extension, and the New Anzac Hall and the Glazed Link.)

Barring an extraordinary change of tack, the NCA’s report will wave these works through. The NCA has very little room to resist political pressure, and this project got the nod from the Prime Minister almost exactly three years ago.

Meanwhile, Heritage Guardians, campaigners against the project for nearly three years, have asked, ‘if the Memorial is a sacred place, as the Prime Minister, the Memorial Director and others have said, why are we destroying it?’ It seems a legitimate question, but no-one has answered it to our satisfaction.

As always, if the Memorial, the NCA, or anyone else wants to offer an answer to that question, we will print it without amendment. There’s a comment facility below.

Meanwhile, here are three photographs taken yesterday in glorious Canberra sunshine. They show hoardings, fences, builders’ huts, and the beginnings of excavation at the front of the Memorial. (You can click on the photos to enlarge them.) There are more photos on the Honest History homepage and in the Heritage Guardians campaign diary. And here, under the heading ‘Desolation Row’. 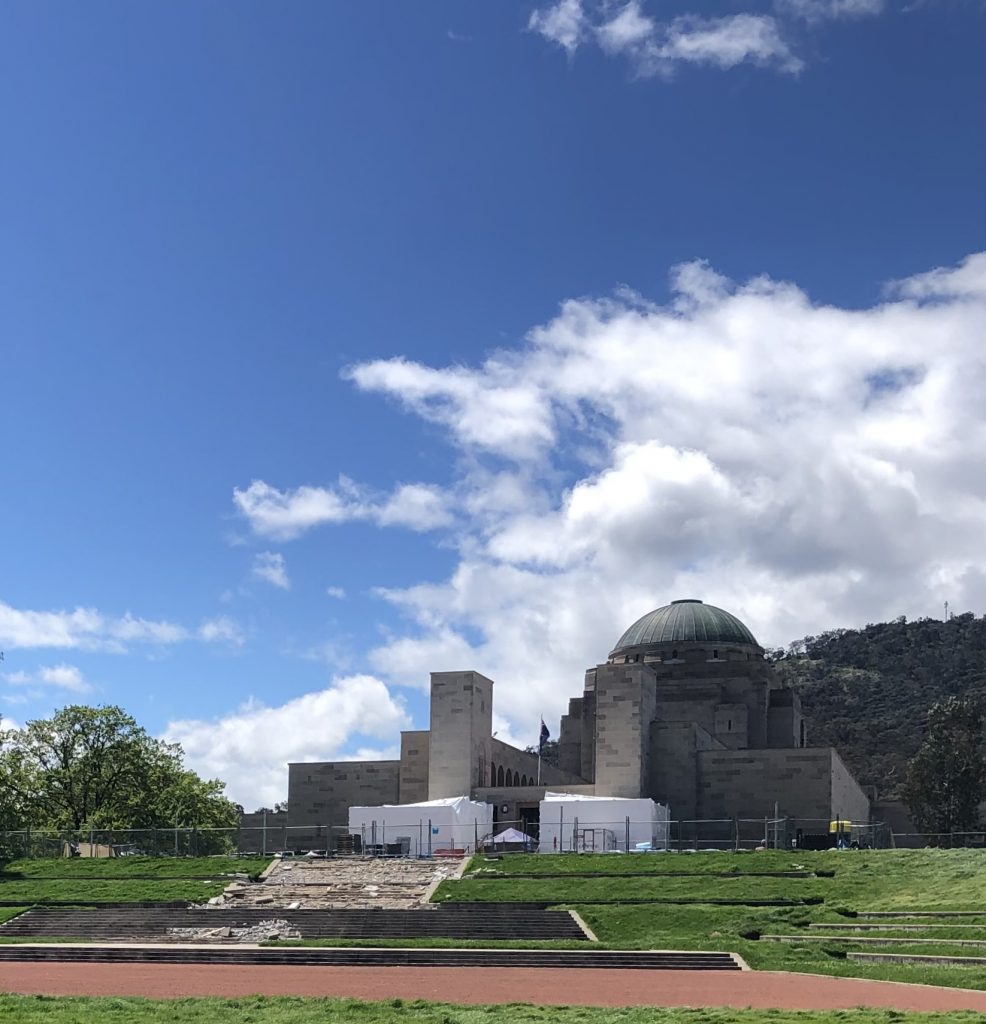 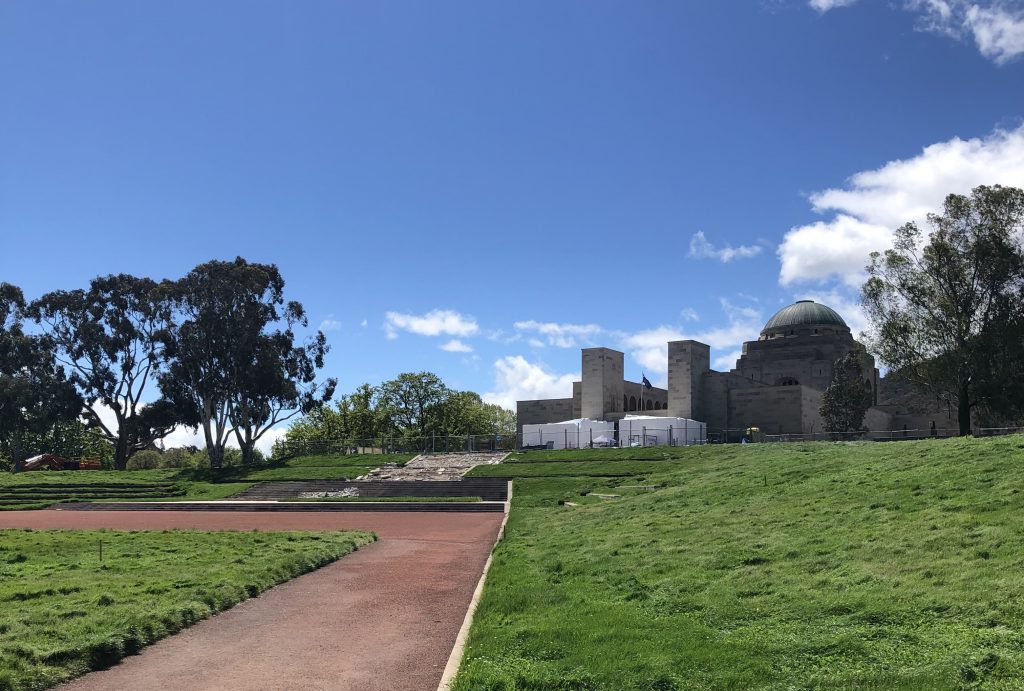 * David Stephens is editor of the Honest History website and has been convener of the Heritage Guardians group. The photographs were supplied. The title of the post is a reference to the anti-war song ‘Eve of Destruction’ written by PF Sloan in 1964 and most famously covered by Barry McGuire in 1965. The lyrics of the song are still relevant today – and not just to the fate of the Memorial.

2 comments on “Stephens, David: ‘Eve of Destruction’ at the War Memorial: why are we trashing ‘our most sacred place’?”