Some whizzbangs are more equal than others

Whizzbangs are Honest History’s miscellany of briefs from past and present, to stir up the entrenched and focus the mind. We fire them initially in our monthly e-newsletter (subscribe on our home page) but usually recycle them later, as most of them are rather good. In last month’s e-newsletter most of the items had an inequality theme, in contrast with what happens on the battlefield where the chances of being taken out by a whizzbang (technically, ‘a small, high-speed shell whose sound as it flies through the air arrives almost at the same instant as its explosion’) are presumably pretty much equal.

Inequality there. ‘The richest one-half of 1 percent of Americans, each with over $7.2 million of assets, own 28 percent of the nation’s total wealth.’ (Robert B. Reich, Beyond Outrage, 2012)

Is inequality natural? ‘Millionaires are a product of natural selection, acting on the whole body of men to pick out those who can meet the requirement of certain work to be done … It is because they are thus selected that wealth – both their own and that entrusted to them – aggregates under their hands … They may fairly be regarded as the naturally selected agents of society.’ (William Graham Sumner, American philosopher, c. 1907)

Should we take our lumps? ‘They lie the men who tell us for reasons of their own/That want is here a stranger, and that misery’s unknown …/ I wonder would the apathy of wealthy men endure/Were all their windows level with the faces of the Poor.’ (Henry Lawson, ‘Faces in the street’, 1888) 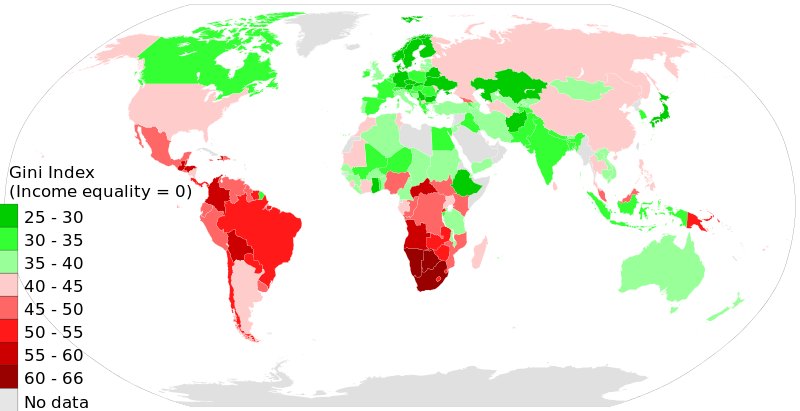 Whew! ‘The wealthy classes have nothing to fear from manhood suffrage. It will prevent them from abusing their power, but there is no danger of its encroaching upon their rights. (Melbourne Argus, 6 January 1857, quoted in Ebbels, The Australian Labor Movement 1850-1907, 1960)

Order obscures inequality. ‘The degree of disorder in civil disobedience should not be weighed against a false “peace” presumed to exist in the status quo, but against the real disorder and violence that are part of daily life, overtly expressed internationally in wars, but hidden locally under that facade of “order” which obscures the injustice of contemporary society.’ (Howard Zinn, Disobedience and Democracy, 1968)

But are there compensations? ‘The only liberty that is valuable is a liberty connected with order; that not only exists along with order and virtue, but which cannot exist at all without them. It inheres in good and steady government, as in its substance and vital principle.’ (Edmund Burke, Speech to the Electors of Bristol, 1774)

Equality of sacrifice during wartime? ‘It’s been said that sometimes we are more afraid of a boring peace than of an exciting great war. In peace time we rarely seem to achieve the unity, the cheerful sacrifice and the determination that we summon up in wartime.’ (Andrew Greig, Taming War, 2007)

Equality prevails at last. ‘J.M. Barrie, the creator of Peter Pan, said, “I can’t sleep”, and then died, which fixed the problem. That’s the thing about death. People dread it happening to them but seldom complain afterwards. There are other ways of dealing with insomnia but none as complete.’ (Michael McGirr, The Lost Art of Sleep, 2009)

Honest History is collecting resources on inequality and hopes to get more, including some taking a historical perspective.