Shorter hours and vigorous industrial action were all the rage 100 years ago, too

This week we heard the Greens leader, Senator Richard Di Natale, go hard for the need to debate shorter working hours. On Lateline, for example, he said this:

We’ve got, in Australia, people here doing more hours than any other developed nation on earth. An average of 44 hours a week. Much of that’s unpaid overtime. It goes to line the pockets of employers … At the same time, we know that those people, many of them, not all of them, but many of them, would rather work fewer hours, would rather spend more time with their families, leisure time – more time on the things that are actually important in life. They want to work to live, not live to work.

Senator Di Natale called for examination of options like a four-day week or a six-hour day.

Later in the week, new ACTU national secretary, Sally McManus, said, ‘Australia has been built by working people who have had the courage to stand up to unfair and unjust rules and demand something better’. Australian unions had a history, Ms McManus said, of fighting for benefits and justice. ‘I am asking all Australians to join your union’, she said, ‘and build a better future’. (Update 22 March 2017: Barry Hindess in Independent Australia on the reaction to Ms McManus’s remarks.)

Given the long history of trade union action it should come as little surprise that something quite similar (to both Di Natale and McManus) was being said a century ago this week by one J. Wilson of the Industrial Workers of the World, the One Big Union of its day. He (or she) said:

One of the best things the working class can organise for is a shorter work day. It will mean more time for recreation, and rest from the machines of industry which benumb our bodies and minds.

The advantages of a six-hour day would be innumerable. The unemployed would be absorbed and less competition would take place in the labor market.

The less unemployed there are the better chance of getting more wages and better working conditions.

There are some workers who say: “You can never get a six-hour day”. But the question is, are the workers willing to organise and try to get a reduction in the hours of toil? If we never attempt anything, we will never get anything. It is only by fighting that we have got the conditions we have to-day.

If the workers have the will there is always a way. The way is by organising in the I.W.W., which is a scientific organisation. Study the class struggle, and join the One Big Union, and the way out will be plain.

Perhaps the surprise is that we are surprised by advocacy for what seem to be new directions – advocacy against increased working hours and destruction of work-life balance, and advocacy for industrial action that can help achieve greater equality – as Andrew Leigh MP and others have pointed out. (Leigh said in Battlers and Billionaires in 2013 that supporting the work of trade unions was an important element of a ‘modern egalitarian agenda’.)

There is more on inequality under our thumbnail. Carmen Lawrence, Stuart Macintyre and Peter Stanley write about aspects of inequality in their chapters in The Honest History Book.

Footnote: Our correspondent, Frank Cain of UNSW Canberra, has filled us in on ‘J. Wilson’, the author of the 1917 article:

John R Wilson of Melbourne was considered by the police to be the “Tom Barker of Victoria”.  Sir Robert Garran wanted him jailed for being an IWW member and then to be deported back to the UK in October 1917. While awaiting a ship he married Mary Ewart of Melbourne and Wilson claimed to be Australian by marriage.  The Counter Espionage Bureau (the Australian branch of MI 5) found  Mary to have been born in Manchester and so Garran had them both shipped out never to be heard of again. Mary agreed to act as waitress on board the Northumberland as the means for reducing the Commonwealth’s cost of the passage, but  we can assume that Sir Robert did not thank her for reducing the Attorney- General’s expenses. (Frank Cain, The Wobblies at War: A History of the IWW and the Great War in Australia,  Spectrum Publications, Melbourne, 1993). 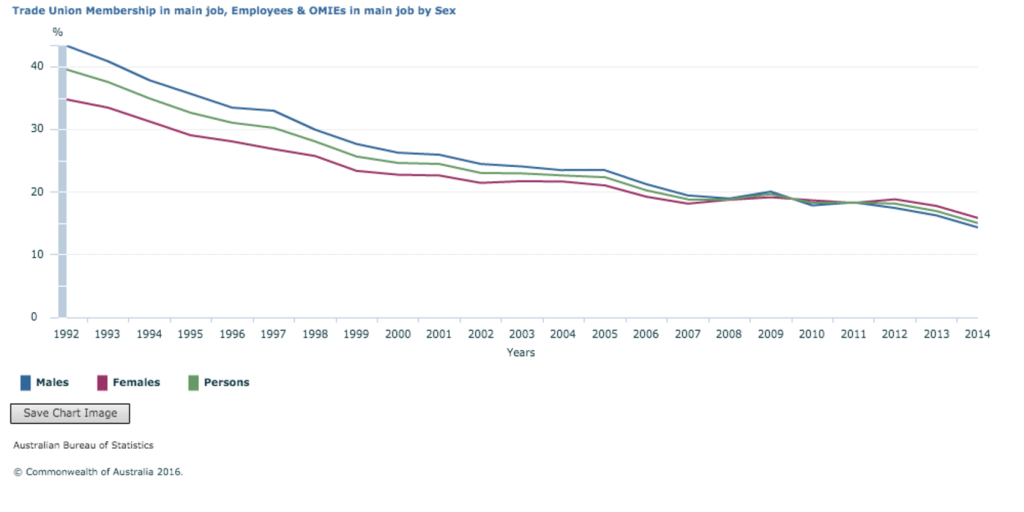