Judith Crispin, author, poet, musician and activist, has told us about ‘Kurdiji’, a community-led project initiated by Wanta Jampijinpa in Lajamanu and based on traditional Indigenous ideas around resilience and suicide prevention. The app is to be crowd-funded and the campaign to do this gets under way on 4 April.

‘If we succeed’, says Judith, ‘it will be the biggest crowdfunded budget for a humanitarian project in Australia’s history. We’re hoping to get a very large reach – lots of people donating smaller amounts. Seeing large numbers of supporters will be reinforcing and validating for Aboriginal people.’

The Facebook page has background. More to come soon.

This has come in from Judith Crispin:

We launched our crowdfunding campaign today for the first ever indigenous suicide prevention app – a community led project empowering young people by reconnecting them with their culture. You can read about the project here: and the gofundme page is here.

There is a video by Jack Charles, where he talks about Indigenous suicide rates and the need for a cultural solution. Can I please ask you to watch the video and forward it to your networks? 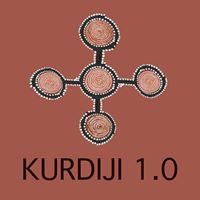