Let us know if you have suggestions for more links to include. (The links here were last updated on 26 June 2021.) You can also find hundreds of links from our Centenary Watch section and from the items in our Themes and Resources sections. 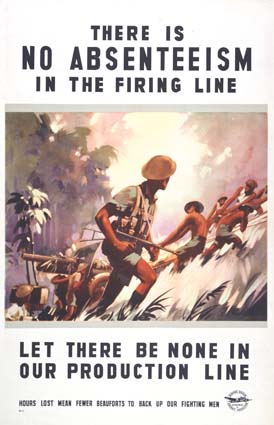 100yearsoftrenches: Tim Leadbeater blogs from Auckland with an alternative view of Anzac and Anzackery from the Aotearoa New Zealand perspective.

A Sydney Anthology: art and literature from the Emerald City via David Morgan.

ANZ Litlovers Lit Blog: ‘for lovers of Australian and New Zealand literary fiction… our members are keen readers of all ages who discuss books and book-related topics by email’: Lisa Hill.

Anzac Her Story: Victoria Haskins tells stories about women with an Anzac connection.

Broad Agenda is a newish blog (2017) based in the University of Canberra, for broads, blokes, brawn and brain. Team led by Virginia Haussegger AM, former ABC journalist.

Camden History Notes: items on this shire south-west of Sydney, from University of Wollongong academic, Ian Willis; particular interest in the shire during World War II and in town-planning and heritage issues.

Frontier War Stories is a blog wrangled by Boe Spearim, Gamilaraay and Kooma man, based in Brisbane. Truth telling about massacres and the frontier.

George Browning: In service of the common good: blog by former Anglican Bishop of Canberra and Goulburn.

Joseph Camilleri, Emeritus Professor, La Trobe University, has a website encouraging dialogue in the area of peace and international relations.

Politically Homeless: Andrew Elder; has a list of links to Australian blogs.

Shire at War: Phil Cashen on the impact of World War I on the rural shire of Alberton, Victoria.

Stumbling through the past: history and family history and book reviews with Yvonne Perkins.

Toni Hassan: Canberra writer on a range of subjects (and Fairfax columnist).

Project Gutenberg has a big list of books, with a link on the site to Project Gutenberg Australia, which has a good collection of public domain books published here, generally by authors who died pre-1955.

The Internet Archive is a non-profit library of millions of free books, movies, software, music, websites, and more.

The Australian War Memorial has immense military history resources and is making a special effort to commemorate the Anzac centenary. There is a separate Facebook page for Education at the Memorial.

The Museum of Australian Democracy at Old Parliament House ‘brings the journey of Australian democracy to life – presenting its past, present and possible futures’.

The National Archives of Australia: ‘your story, our history’, including photographs.

The National Library of Australia: ‘We cannot understand the present or plan for the future without the knowledge of the past.’ (Harold Holt, PM, 1966) A guide to how to use the amazing Trove resource.

The National Museum of Australia ‘is a social history museum. We explore the land, nation and people of Australia. We focus on Indigenous histories and cultures, histories of European settlement and our interaction with the environment.’

The National Portrait Gallery: ‘To increase the understanding of the Australian people – their identity, creativity, history and culture – through portraiture.’

Unstacked: finding your way through the State Library of New South Wales.

Australia Great War is a community-based Facebook page and website with a shop, some of the proceeds of which go to Soldier On.

Gallipoli 100: UK-based resources for students, including material from UK, Australia, Ireland and Turkey.

Hermes is based at the University of Newcastle and is a multi-institutional, interdisciplinary research network. It publishes online the journal Historical Encounters.

History Australia is the partly (very much so) free-access online journal of the Australian Historical Association, published by Monash University and comprising articles on a wide range of topics relevant to Honest History.

John Myrtle (myrtle@webone.com.au) is a Canberra-based researcher and former librarian. John has a database of thousands of Australian history references dating from the early 20th century to the 1970s. From time to time he contributes ‘Online Gems’ to the Honest History site from his collection.

Public History Commons is an American website sponsored by the National Council on Public History and directed at those interested in the practice and study of history in public.

The Australian Historical Association ‘is the premier national organization of historians – academic, professional and other – working in all fields of history’.

The Australian Policy and History (APH) network, based at Deakin University, ‘works to link historians with policy-makers, the media and the Australian public… to inform public debate and promote better public policy-making through an understanding of history’.

The Australian Society for the Study of Labour History (ASSLH) ‘studies the working class situation … and social history in the fullest sense’. (Canberra Branch now has website.) The Many-headed Monster: blog from four younger UK-based historians.

The International Encyclopedia of the First World War is ‘an English-language virtual reference work’ being produced as an ‘international collaborative project involving more than 1,000 authors, editors, and partners from over fifty countries’.

The Professional Historians Association NSW ‘represents practising professional historians in New South Wales and the Australian Capital Territory’. The site includes a blog on the World War I centenary.

Flickr Commons: large resource of photographs, with private and public providers from around the world, annoyingly insufficiently free of permission restrictions.

Civil Liberties Australia: ‘We stand for people’s rights, and go in to bat for everyone’s civil liberties’.

Gallipoli Centenary Peace Campaign (GCPC) ‘believes that the most responsible way of honouring our veterans is to learn from past wars and conflicts in order that we may minimise the risk of catastrophic warfare in the future’.

Medical Association for Prevention of War (MAPW) (Australia) ‘works for the elimination of all weapons of mass destruction and the prevention of armed conflict’.

Reimagining Peace is an Albany, WA, based website on peace and protest.

Social Policy Connections ‘draws on the rich resources of the Christian social traditions, and works to bring them into creative engagement with contemporary challenges to human wellbeing’.

The United Nations Library at Geneva has extensive research guides ‘dedicated to peace’.

Women’s International League for Peace and Freedom, founded 1915, ‘aims to achieve a more just and equal world, free of war and violence, where everyone has the full benefit of human rights’.

‘Legacy is a charity providing services to Australian families suffering financially and socially after the incapacitation or death of a spouse or parent, during or after their defence force service. We currently care for 100,000 widows and 1,900 children and disabled dependants throughout Australia.’

Rehab Recovery is a UK organisation that provides addiction treatment options. It offers resources for veterans affected by addiction and mental health issues.

‘Soldier On is about Australians coming together to show their support for our physically and psychologically wounded; we will always have their backs. We work to enhance recovery, inspire communities and empower Australia’s wounded, giving those who have served our country the dignity they deserve and the chance to do and be whatever they choose.’