Updates 14 August 2015: (1) we provide a comment on Turkish-supplied information about a 1989 book; (2) note that, for footnote 5 to the second (August) Ozakinci article, you need to go to the notes in the original Turkish version and match them with the text in Pym that Ozakinci is commenting on.

Cengiz Ozakinci, Turkish author, continues his long-running research into the famous words allegedly said or written by Ataturk in 1934. (Mr Ozakinci is an expert on Ataturk’s works and is very familiar with the form of Ataturk’s language.) The words claim that Allied dead in the Dardanelles are Turkey’s sons as well and that there is no difference between the Johnnies and Mehmets (Allied soldiers and Ottoman soldiers).

The story so far

Honest History has previously published material on this issue by Ozakinci and by Guardian Australia journalist, Paul Daley, and presented Honest History’s own research: HH media release, including links to previous Ozakinci articles in Turkish and English; Paul Daley article; background material; City of Hume; media. Paul Daley’s articles have been translated and republished in Turkey and received attention in the United States and Europe.

Taken together, the Ozakinci-Daley-Honest History articles argue that no direct evidence has been found that Ataturk ever said or wrote the words attributed to him. Rather, the evidence is strong that the key line about Johnnies and Mehmets was an invention by Alan Campbell (and possibly others) in Queensland in 1977-78 to enliven a translation from the Turkish and (less strongly) that the other words were made up by Ataturk’s former minister, Sukru Kaya, in 1953, 15 years after Ataturk died. The articles go into more detail.

Honest History and its associates are doing further research. We will report this research rigorously, regardless of where it leads. In all of our work in this area, we have never denied that the ‘Ataturk words’ express an admirable sentiment. People may continue to believe, if they wish, regardless of the evidence, that the words are Ataturk’s. On the other hand, perpetuating myths, however sincerely, does not make them any less myths. Five hundred years ago, people sincerely believed the earth was flat.

Ozakinci has published two articles in Butun Dunya‘s July and August issues. He has kindly arranged for them to be translated into English and they are accessible as pdfs:

Ozakinci’s July article argues that Kaya’s rendition of Ataturk’s alleged words in the Dunya interview of November 1953 (at the time of Ataturk’s interment in his huge mausoleum) was influenced by Kaya’s expertise in Ancient Greek. Kaya translated works from Ancient Greek into Turkish and was instrumental in Turkey taking up Ancient Greek Humanism, under which notable humans were deified.

Ozakinci has looked closely at the other articles in the Dunya supplement which included the Kaya interview and has noted references to Ataturk being superior to Ancient Greek heroes such as Athena, Hermes, Zeus (the father of the gods) and the heroes of Homer in the Iliad (Ulysses and his comrades). We noted in our previous material the adulatory, almost hysterical, tone of the Kaya interview, even in English translation. 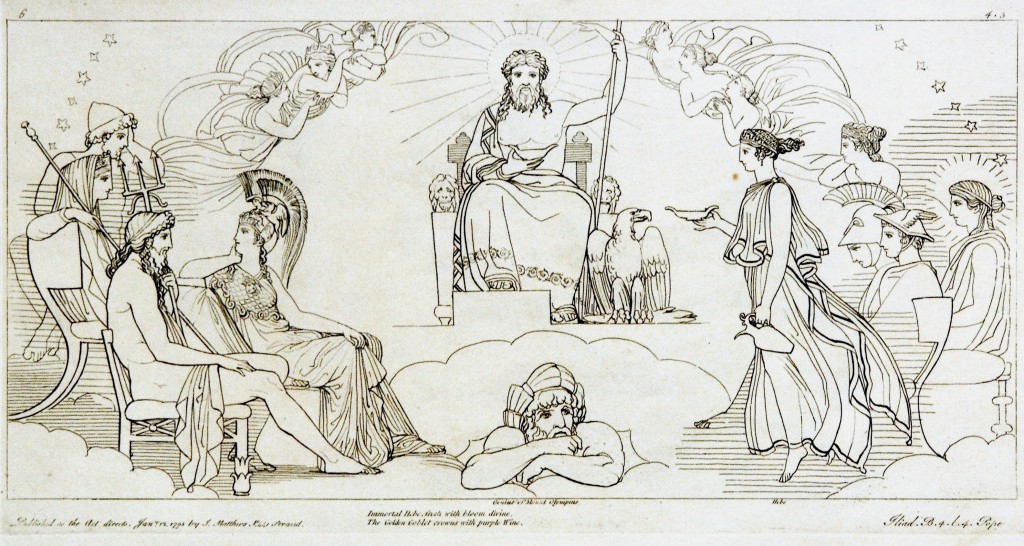 In support of the Ancient Greek connection and the theme of commemorative recognition of former enemies – the central theme of the ‘Ataturk words’ – Ozakinci provides a footnote containing a paragraph from Elsie Finnimore Buckley’s 1908 English translation of [Children of the Dawn]: Old Tales of Greece, which includes Priam’s prayer to Zeus over the body of Paris (emphasis added):

“O father Zeus,” he prayed, “who rulest upon Ida, before thee do I burn the body of my son, and before my friends and before my foes, that they both may see it. May the wine which I pour forth upon his body be a libation of peace, that by his death he may join together in friendship those hands which by his sin he made to draw the sword upon each other. O Zeus almighty, grant my prayer!” (final page of HTML version)

Ozakinci concludes by referring to the joint service of Turkish and Australian troops in Korea. Turkish-Australian friendship, he says, ‘does not need the words of Sukru Kaya that he produced in ecstasy on November 10, 1953’.

We urge readers to go back to our earlier material, particularly the notes in our ‘Tracking Ataturk‘ piece about the political and personal (for Kaya) circumstances of the 1953 interview. Finally, on a technical point, we have compared the Turkish in the 1953 Dunya interview with the Turkish in Igdemir’s 1978 transcription. It matches, apart from Igdemir’s deletion of a concluding paragraph in the Dunya report of the interview, which refers to Kaya’s plan to produce memoirs; these seem never to have happened. Igdemir did, however, fiddle with his English translation of the Dunya interview by inserting the line agreed with Alan Campbell (‘There is no difference between the Johnnies and the Mehmets to us where they lie side by side here in this country of ours’) in place of the more prosaic translation, ‘You are side by side, bosom to bosom with the Mehmets’.

Ozakinci’s August article foreshadows his detailed criticism of an article posted on academia.edu by Anthony Pym, an Australian translation studies expert based currently in Spain. We have read Pym’s article. He makes some interesting points about the technicalities of translation. On the other hand, he has missed some important parts of the evidence and misunderstood others.

We could have put Pym straight on these and other matters. C’est la vie (translation not necessary). We note also that Pym’s piece appeared just a month after Daley’s and Honest History’s; that’s ‘hasty’ for an academic! While Pym acknowledges the help of four Turkish academics, he did not get in touch with Honest History or with Paul Daley.

With the help of his recent correspondents, Pym hopes  ‘to nudge [the Ataturk statement] on its way through history’. We’ll help, though we may be nudging in a different direction. Meanwhile, we’ll wait to see what Ozakinci has to say in his detailed comment on Pym and we may add some more.