This is a detailed study of two industrial relations events from more than 50 years ago. Journalists achieved significant pay rises through the legal system but then confronted employers seeking to trim the costs of the pay increases by reclassifications and lay-offs. Journalists saw the proprietors’ action as reprisal for the successful pay claim.

What followed, the 1967 Sydney newspaper strike, involving journalists, printers and other production workers, has been described as the most bitter in the history of Australian journalism. The article shows how the strike widened beyond journalists and beyond Sydney and how both proprietors and journalists set up strike newspapers. Illustrations taken from the Tribune newspaper show aspects of the strike.

The 1960s were a period when trade unions were much stronger than they are in 2020, and when the legal methods for resolving disputes were rather different. The strike also foreshadowed changes to the media industry arising from new technology: typesetting computers were taking the jobs of skilled printers setting hot metal type. Today’s media industry deals with much more fundamental technology-based change. 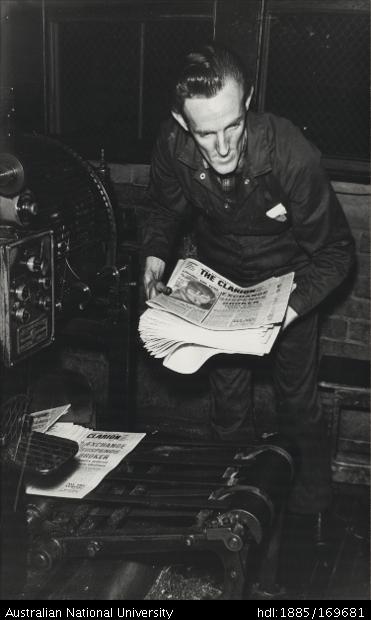 * John Myrtle was principal librarian at the Australian Institute of Criminology, Canberra. He has produced Online Gems for Honest History, drawing upon his extensive database of references and including notes about the 1940 Canberra plane crash and the 1937 Stinson crash in Queensland, and has written a number of book reviews for us (use our Search engine), most recently of a book about the Mallee, and a study of Edward St John QC. He has also explored the history of the Arthur Norman Smith lectures in journalism.