(For an associated speech.)

I acknowledge the Gadigal People of the Eora Nation, the traditional custodians of this land, and their elders past and present. I want to talk about where Australia stands today on three paths or trajectories:

I’ll come back in a moment to what Anzacism is, though generally I’m not going to spend too much time on definitions. I want mainly to use examples or cases or comparisons though I’ll use a template when I talk about fascism.

I think it’s important to talk about paths and trajectories because we are talking about history, about tendencies, about movements over time. I don’t believe it’s possible to say definitively Australia is fascist or Australia is militarist. But we can make judgements about where we are on those paths that I referred to. 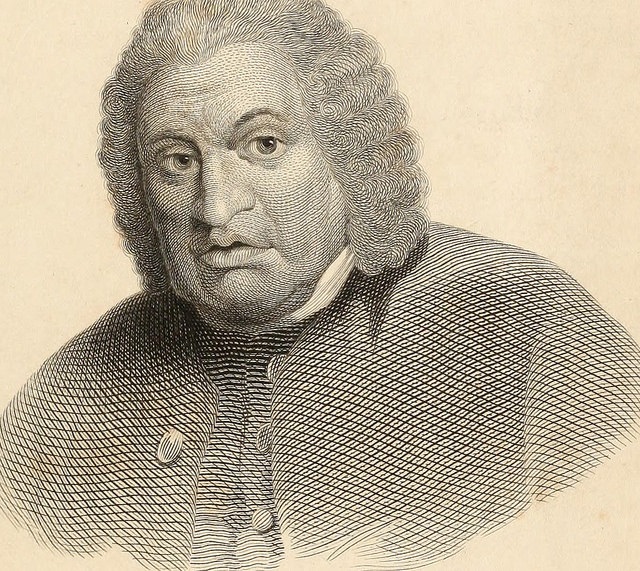 A couple of weeks before Tony Abbott became PM he said this (mark 24.00), quoting the eighteenth century wit, Samuel Johnson: ‘”Every man doth despise himself for never having been a soldier.” As one who has never been a soldier, I yearn to know more of the lives of soldiers.’ Since then, the prime minister has appointed a soldier as Governor-General; perhaps they chat about soldier stuff at Yarralumla. There was a story that he wanted to appoint Ben Roberts-Smith VC as his military ‘aide de camp’ or ADC but the military brass stepped in and said ADCs had to be officers and Ben VC was only a corporal. So the prime minister made Ben chairman of the National Australia Day Council instead.

But there are a couple of other interesting features in the way Prime Minister Abbott looks at war. First, he likes to find altruistic motives for why Australians fight wars. (Someone not long ago described that – our liking for fighting wars – as our ‘tendency to get involved in every war that’s going’.) Anyway, about Abbott’s altruism: when the troops came back from Afghanistan in October 2013, the PM said this:

That’s an example of the altruism I’m talking about; the PM has said similar things in a lot of speeches.

So have other people said similar things; listen to this: ‘We fight for [the] rights of nationalities and not for territorial aggression. We ask for nothing for ourselves.’ That was Joseph Cook, minister for the Navy and former prime minister, speaking in January 1917. When politicians are talking about their motives for going to war, bullshit has a long pedigree.

Back to Tony Abbott: despite all that altruism, though, you get the impression that he prefers wars where we win. Maybe altruism is a fallback position, the position you adopt when you find you are not winning. The prime minister made a speech a few weeks ago about how Australia was going to spend $100 million to build a museum in France to commemorate the battles on the Western Front. He said words to the effect that it was important to commemorate our terrible victories – like those on the Western Front – as well as our glorious defeats – like Gallipoli. This prime minister likes winning; and he prefers to remember battles and wars where he reckons ‘we won’. As if anyone wins in wars.

But that’s just one bloke, one bloke with a thing about soldiers and ‘the glorious dead’ – he used that phrase in his speech in France; it dates back at least to Lloyd George in 1919. Tony Abbott does seem to live in a time warp, a time when half the map was red, the world revolved around Whitehall, and the ‘lesser breeds’ knew their place. 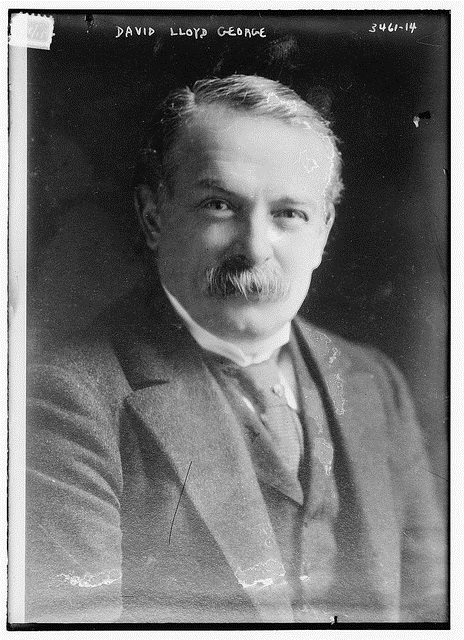 But he’s just one bloke – even if he happens to be in a position of power. If you’re assessing where we are with militarism, though, it’s more important to look at our current obsession with military commemoration and at how that obsession is going to impact on children – the next generation.

There’s a lot of material about this on our website but here I’m going to cheat a bit and quote and paraphrase an article of mine published in Teaching History, the journal of the History Teachers Association of New South Wales, the March edition. Much of our obsession with military history and commemoration impacts on children, the people least able to resist it. Children get a sentimental, misleading portrayal of war. But there’s also a lot of talk about the obligations on children, their obligations to carry forward the torch of remembrance. The message is pushed hard by the Department of Veterans’ Affairs, by various state government bodies, by the War Memorial in Canberra, by various official urgers, by commercial interests.

We need to think also about all the commemorative ceremonies that we get children to attend. These ceremonies might not glorify war (not intentionally, anyway) but they certainly get children used to war; they normalise it. Even eight or ten years ago, Anna Clark, who did a lot of interviews, was surprised at how many teenagers felt that a ‘militarised national identity’ was an intrinsic part of being Australian.

Now, going back to the torch of remembrance, Michael Ronaldson, federal minister in charge of the Anzac centenary, gave a speech last year where he talked about the torch but he also talked about how children ‘must understand that’ in many cases their ‘freedom has been paid for in blood’.

The implication is that freedom, ‘paid for in blood’, may have to be redeemed in similar fashion in the future. It’s a sort of ‘softening up’ trope, a way of getting children prepared for a warlike future.

That’s our legacy to future generations: the expectation that honouring the war dead of the past – carrying the torch – requires the preparedness to become the war dead of the future. Anyway, I think that’s where we are at with militarism in Australia at present.

Here I want to pick up a template and match a few things with the template. There’s a very interesting article linked from the Honest History website. It’s by Paul Cannon, who is an Anglican priest in the Bunbury area in Western Australia, who also finds time to read and write about various topics, including fascism. On fascism, he uses the work of Lawrence Britt and he has a nod also to Umberto Eco.

We should note Cannon’s caveat, though, that fascism isn’t necessarily totalitarian. Fascism is not necessarily about the state getting into everything, into every aspect of people’s lives. That would be ‘fascist totalitarianism’, in the same way as you could have ‘communist totalitarianism’. The argument is that you can have fascist characteristics in a nominal democracy, like Australia technically is at present. ‘So let’s not be fooled’, says Cannon, ‘by trying to say “it’s nothing like 1920, or 1933”; that is merely a smokescreen.’

Anyway, Lawrence Britt, as summarised by Cannon, has 14 fascist characteristics; there’s only time to look at a few – let’s say five – but the rest are in Cannon’s article. Here is the first one, the first characteristic of fascism:

Powerful and Continuing Nationalism: Fascist regimes tend to make constant use of patriotic mottos, slogans, symbols, songs, and other paraphernalia. Flags are seen everywhere, as are flag symbols on clothing and in public displays.

Boxing Kangaroo, anyone? ‘Aussie, Aussie, Aussie, Oi, Oi, Oi’; Team Australia; those stickers you used to see on cars, usually Holden Kingswoods, ‘Keep this our flag, forever’. There are some indications, certainly, but that’s a pretty mild characteristic.

Here’s another characteristic of fascism, though:

Disdain for the recognition of human rights: because of fear of enemies and the need for security, the people in fascist regimes are persuaded that human rights can be ignored in certain cases because of “need”. The people tend to look the other way or even approve of torture, summary executions, assassinations, long incarcerations of prisoners, etc.

Maybe we don’t have so much of the second part but the first part certainly sounds a bit like PM Abbott and Attorney-General Brandis talking last year about the need to give up a degree of liberty for the sake of greater security.

While you’re thinking about that characteristic, here’s another candidate:

Identification of Enemies/Scapegoats as a Unifying Cause: the people are rallied into a unifying Patriotic frenzy over the need to eliminate a perceived common threat or foe: racial, ethnic or religious minorities; liberals; communists; socialists, terrorists, etc.

Here we could instance Team Australia again, plus dog whistling about ‘terrorists’, ‘death cults’, ‘Islamists’, maybe Indonesians now, following the recent executions. We could also note how the terms ‘the Left’ and ‘leftists’ are used in some quarters to provoke a ‘learned reaction’ from listeners. For more material in this area, a recommended read is Carmen Lawrence’s book, Fear and Politics, which is an extended and perceptive study of ‘fear of the other’ as a phenomenon in Australia.

Here is a fourth characteristic of fascism:

Rampant Sexism: the governments of fascist nations tend to be almost exclusively male dominated. Under fascist regimes, traditional gender roles are made more rigid. Divorce, abortion and homosexuality are suppressed and the state is represented as the ultimate guardian of the family institution.

The second half sounds a bit South American, maybe not much like here, but male-dominated governments and rigid gender roles sounds a bit like us, certainly.

Finally, in this sample, try this one:

Obsession with Crime and Punishment: under fascist regimes, the police are given almost limitless power to enforce laws. The people are often willing to overlook police abuses and even forego civil liberties in the name of patriotism. There is often a national police force with virtually unlimited power in fascist nations.

This one is hard to judge, perhaps, but the police here always seem to be looking for more powers. Maybe you need to add the AFP, ASIO and new national security legislation together and then it starts to look a lot like the characteristic. 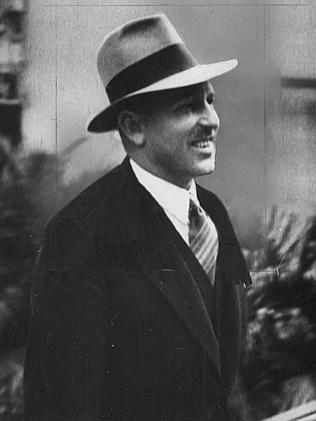 That’s five out of 14 as a sample; there’s a complete list below. Anyway, I recommend that you have a read of Paul Cannon’s article and maybe go on from there to Lawrence Britt and Umberto Eco. Neither Cannon, nor Eco, nor Britt are by any means the last word on fascism but they offer a useful introduction to a subject we tend to tiptoe around in Australia. Australia has a bit of a track record with fascism and there are some links on our website (from the post on the Cannon article).

Make up your own mind on how many of the 14 characteristics Australia scores against; Cannon reckons about seven. I think that’s a bit conservative; I recall getting a reading on the meter, so to speak, for 11 out of 14 and my colleague, Alison Broinowski, says she clocked 13. Remember, it’s not about absolutes, it’s about degrees: the key question is ‘how much’ of each characteristic we think we can measure.

Ultimately, it’s about how much fascism can we tolerate. It’s rather like the old story of the frog in the boiling water.

Honest History has promoted the use of the term ‘Anzackery’. (Search our website.) By Anzackery we mean overblown, windy, jingoistic rhetoric, masquerading as patriotism. There’s often a commercial element in there, as well. There are plenty of examples of Anzackery on the website, a lot of them from prime ministers on both sides of politics.

I think there is a risk, though, that this Anzackery will develop into ‘Anzacism’, a state ideology, loud-mouthed, built on a narrow base, justifying aggressive defence and security policies and punishing dissent. It sounds a bit like fascism, the thing that we’ve just talked about.

Nationalism, disdain for human rights, scapegoating as a means of unifying, supremacy of the military, sexism, controlled mass media, obsession with national security, religion and government intertwined, protection of corporate interests, suppression of labour power, disdain for intellectuals and the arts, obsession with crime and punishment, rampant cronyism and corruption, and fraudulent elections.

This article contains the views of the author, not necessarily those of all supporters of Honest History.