‘Memories of war: A film and research project in Ballarat’, Honest History, 8 August 2016

In 2014 I embarked on a collaborative film and research project to explore the history and impact of World War I in the regional city of Ballarat, Victoria. Our project began with a simple wish: my film- making partner, producer-director Jary Nemo, had long wanted to make a film in which war experiences were recounted by the young, and not, as is so often the case, by the old. From this beginning the project grew to a large-scale research endeavour involving many people and organisations. 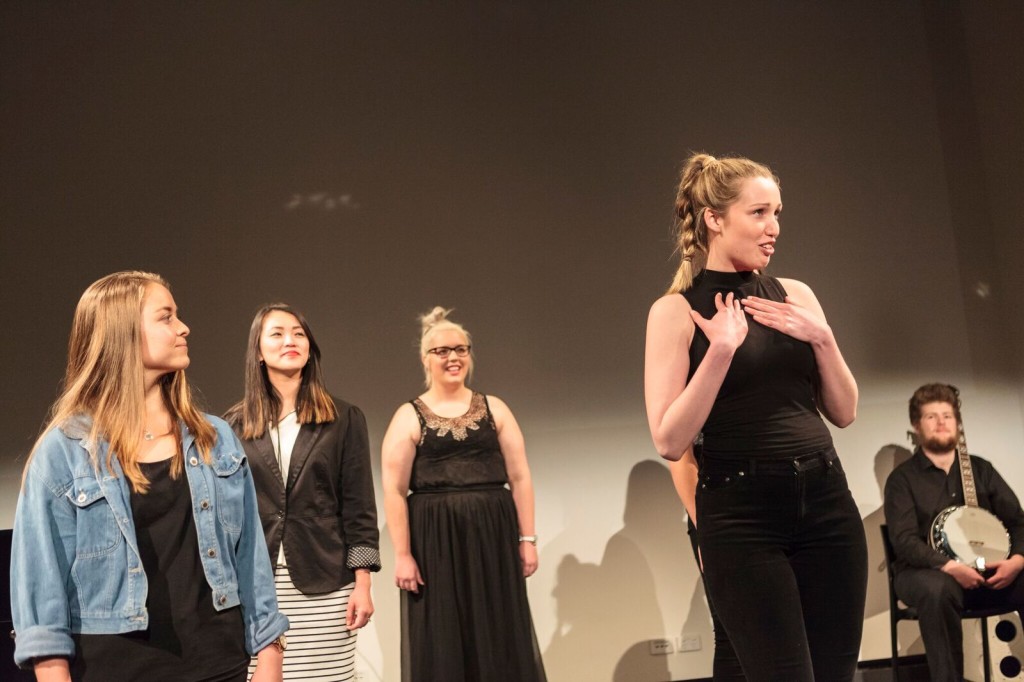 We set out to commemorate the centenary of World War I in Ballarat by connecting young people today to events that took place a hundred years ago. We engaged with writing and history staff and students at Federation University Australia, which is based in Ballarat. The staff and students explored the Great War memorabilia of the Ballarat Gold Museum and wrote stories about their findings. To be interviewed for the film’s central narrative, we then enlisted four young people who were aged in their 20s and 30s and who had researched the war.

Professional historians helped invaluably by providing us with insights into the lives of the labourers, clerks, shop attendants, railway workers and farmers who went to war, and the families and communities who waved them goodbye. Serendipitously, the Federation University Arts Academy was embarking on its own World War I project, putting on Joan Littlewood’s epic musical Oh! What a Lovely War! We invited the acting students to read Ballarat war letters of their own choosing to camera. We were not specific as to gender or topic. The actors spoke and appeared as themselves. This gave the film a powerful and contemporary feel.

Assembling it all together, combined with archival images and some beautiful musical performances by the Lovely War contingent, we produced an 18-minute documentary called The Last Goodbye, which was launched on Remembrance Day 2015 at the Museum of Australian Democracy at Eureka, in Ballarat.

The biggest surprise for us from the historical research was realising the fervent eagerness of the Ballarat community to go to war. The language of Empire used then feels so foreign to us today, the words so cheerfully uncoloured by the contemporary meanings we ascribe to the Great War. There is no concept then of horror or carnage or of dehumanising modern mass warfare; understanding the 1914 mindset was difficult.

As to how young Australians today perceive the war, we gleaned interesting insights from our core interviews. Museum curator, Snjezana Cosic, who knew much in a professional capacity about the experiences of Ballarat soldiers, was surprised to reflect that her family upbringing had not emphasised the war. A hundred years ago Snjez’s Croatian ancestors were part of the Austro-Hungarian Empire, on the other side of the fight for King and Country. But within Croatian migrant families today it is other wars, World War II and particularly the 1991 War of Independence, which capture memory and sadness. Inside Snjez’s family, the Great War, by contrast, ‘hasn’t really rated a mention’, she said.

Robert Lewis, who wrote a book about ten men from regional Victoria who went to the Western Front, was repelled by his research. ‘I knew it was a very bloody war’, he said. But fully understanding the specifics was ‘extremely confronting’. What stayed with him was the character of the men as sensed through their letters. To him their stories speak of destruction, loss and endurance.

Teaching student Maryanne Deller had helped Daylesford Primary School students trace what happened to soldiers who were listed on the school honour board. ‘I always viewed Dawn Services with respect’, she said, but after the Daylesford project she realised the deep effects on individual soldiers and the legacy for families. Like Robert, she found it confronting. ‘Trying to explain what shell shock is to Grade Fives and Sixes is difficult.’

Nick Murphy, who had researched World War I in preparation for a role in Oh! What a Lovely War, was scathing about the war and attempts to glorify it. To Nick, the war was the ‘big setup’ that rippled into World War II. It was ‘the epicentre of the destruction of humanity’, the trough of human badness. Ultimately, this built in Nick a stronger appreciation of Anzac Day. ‘We’re not bringing it [World War I] up again because we’re proud of what happened. We’re bringing it up to pay tribute to the loss and just remember our roots so that we can learn from that.’

Because our interest was on the impact on a town, we invited our interviewees to consider the perspectives of women and families at home. These angles are often forgotten. ‘I was guilty of that when we started the research’, admitted Maryanne Deller. First, ‘it was looking at the soldiers and what they did and it was only later that you found out about their mothers or the letters to their families and you’re like, “Hang on a second”, and you investigate more into that.’ 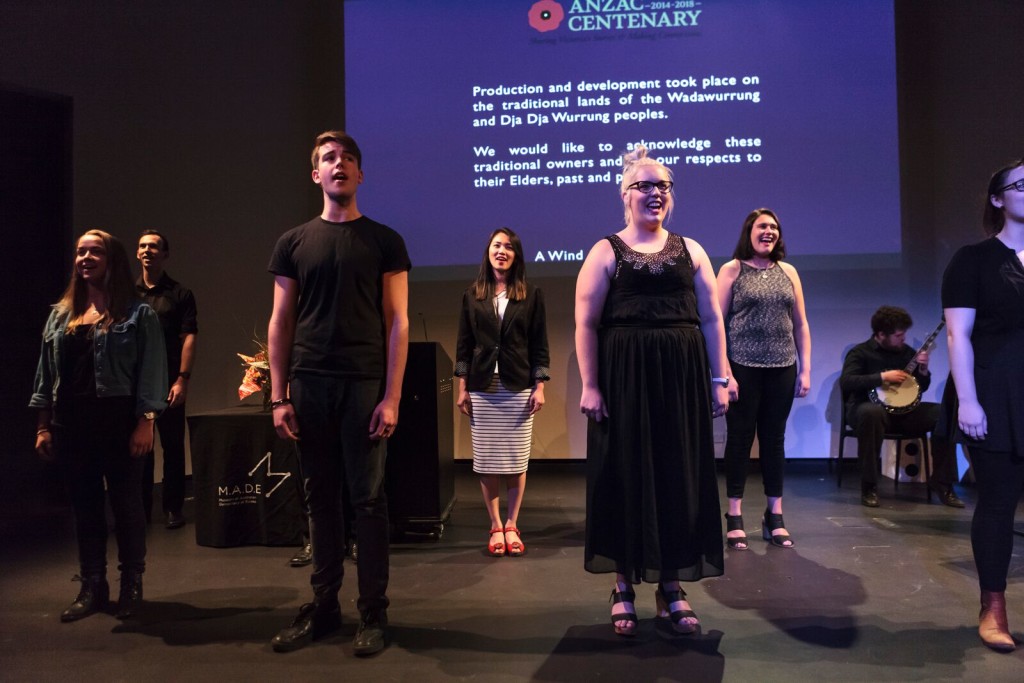 Robert Lewis found researching the role of women interesting but unsettling. ‘Women were often quite tough about the service of their men’, he said. ‘There was an expectation [from women] that [men] would go and fight and, if they died in service, well, so be it.’ Yet, ‘when the soldiers returned, their sisters and their wives had to take a major role in caring for them’. The role and fate of the women and children of the Great War generation and the impact of inter-generational trauma, said Robert, is only now really being explored.

Hints of this trauma are found in the war letters read to camera for the film. ‘What a great army of broken-hearted mothers this cruel war is making and God alone knows what the end of it all will be’, reads one actor, Isabel Mulrooney, from a letter of condolence. ‘Will have to stop now Mum, as its getting dark’, read Alisha Eddy from the last letter of a soldier who died at Gallipoli, ‘will write again directly a mail arrives’.

The film is evocative, contemporary and ambiguous. It is open-ended, inviting audiences to listen and reflect and ask their own questions about the impact of war. The film surprises audiences because it disrupts expectations and invites multiple perspectives. It looks at the Ballarat landscape and streetscape today and asks the audience to re-think the familiar in light of what they now know of the past.

Sometimes as film-makers the best thing we can do is take our own opinions out of the work. We tried to do that with this film, letting the young voices ring clear. Ultimately, audience members must listen for themselves and make their own decisions.

Lucinda Horrocks is a documentary film producer and the co-founder of Wind & Sky Productions (www.windsky.com.au). She is based in Ballarat in regional Victoria.