(Note: This article was originally a submission to the Australian War Memorial on its ‘final preliminary documentation’ for its redevelopment project. There is a requirement that the redevelopment be assessed against the heritage provisions of the Environment Protection and Biodiversity Conservation Act. HH thanks the authors for permission to reproduce the article.)

In response to your call for public comment on this project, we wish to question the premise on which it is based, the planning process and elements of its proposed realisation.

The project aims to address ‘a lack of capacity to provide equitable coverage of conflicts and operations’. This is misguided given the losses suffered in these various operations differ greatly, as does their impact on Australian society. Attempting to record recent operations in a way commensurate with the coverage of World War I – the reason for the Memorial’s creation – is absurd.

Likewise, the aim to address ‘a lack of capacity to describe a broader description of war’ is questionable given the Memorial has never given much attention to the Home Front and continues to exclude any coverage of Australia’s Frontier Wars. 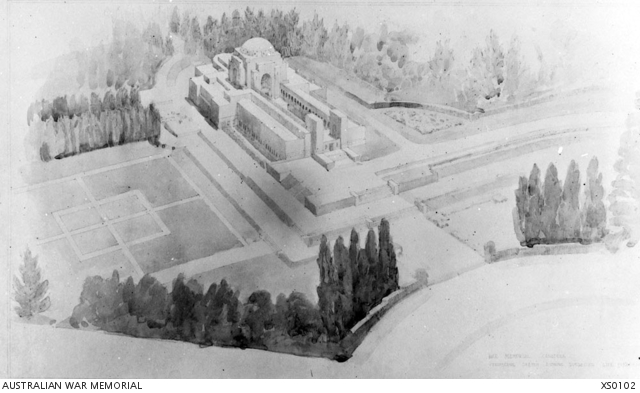 Canberra, ACT, 16 January 1940: Drawing by architect John Crust and Mr Parramore of the proposed layout of the lawns and gardens surrounding the Australian War Memorial (AWM)

The development concept was determined before the design competition was held, precluding an outcome more compatible with the exceptional clarity of the original design. The result is a collage of barely related components competing with the original and each other (Fig. 4.5). The term ‘campus’ is apt for an outcome (four design packages coordinated by an ‘integration architect’) that is inappropriate for a national shrine.

Insufficient demonstration of the preferred option

The proposed additional components compete as rival expressions which, piece by piece, diminish the unity and gravity of the original War Memorial (Figs 4.5, 5.7 and 5.8). The new southern entrance, redeveloped Parade Ground, replacement Anzac Hall, and infill Glazed Link all compete visually with the original.

The building’s external shell is outstandingly significant and should remain without accretions. The considerable extension of the CEW Bean Building clutters the view from the east, while the enlarged Anzac Hall and Glazed Link obscure the view from the north.

There is an unfortunate willingness to forgo the formal and material simplicity of the original in favour of current architectural elaboration.

The redeveloped campus-like complex underrates the symbolic importance of the original Memorial.

As professionals with considerable experience of heritage protection in Queensland, we believe that the proposed additions would not be permitted to a comparable building here; and that, if approved, would indicate a serious deficiency in heritage controls at a national level.

The demolition of Anzac Hall, an award-winning building erected relatively recently and designed to complement the main building, is beyond belief. 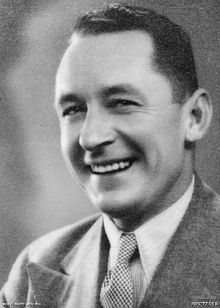 The project does not represent wise expenditure of public funds, being over-scaled and largely unnecessary. In these days of complex display technology, such as virtual reality, the Memorial could find smarter ways of extending its coverage than by expanding its buildings. It could also present more temporary and changing exhibits and make its collections accessible to more Australians through travelling exhibitions.

The Memorial has long benefitted from generous public funding by comparison with Australia’s state and regional museums. Extravagant expansion in the present situation of unprecedented national debt is both irrational and unsupportable.

We urge that this misguided scheme be deferred immediately and, if revived in the future, it should be more broadly considered.