Update 6 August 2021: The information sessions: further advice on this phase.

The National Capital Authority has opened its consultation on the ‘main works’ application from the War Memorial for its $498m megabuild. There is a bundle of material, some dates for information sessions with the architects, and a deadline of 10 September.

Heritage Guardians long ago made the point (particularly update 28 June 2021) that consultation on the main works would be superfluous once the NCA had waved through the Memorial’s early works application (to destroy Anzac Hall, dig a huge hole, massacre 140 trees). Work pursuant to the early works is well under way, with Anzac Hall already looking like one of the buildings bombed by the famous Lancaster, G for George, that was housed there before demolition began. 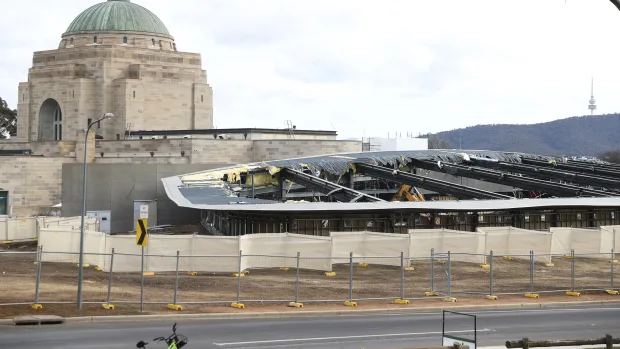 The main works are designated in three packages as ‘New Southern Entrance’, ‘Bean Building Extension’, and ‘New Anzac Hall and Glazed Link’. Meanwhile, the Memorial has had to call for new expressions of interest from potential builders of the first and third package (update 29 July 2021), as previous contenders have pulled out.

In other news, which may or may not be related, Seven Group Holdings (SGH, Executive Chairman, Kerry Stokes, also Chairman of the Australian War Memorial Council) is in the process of acquiring at least 40 per cent of construction conglomerate, Boral (2020 sales revenue $A5.73m).

Later news: SGH now owns 52 per cent of Boral and controls the company. Another story in the same ilk. Up to 59 per cent control. And the takeover bid period closes with SGH holding 69.6 per cent of Boral shares, Ryan Stokes, CEO of SGH, as Chair of Boral, with a second SGH nominee director, but a policy of having a majority of independent directors.

Boral Limited [according to a well researched Wikipedia article] is a multinational company manufacturing and supplying building and construction materials … Boral Australia [within the larger company] has quarry, concrete, asphalt, concrete placing, cement, roofing, and hardwood and softwood timber operations. The division is a major supplier of products and materials to the residential and commercial construction, and roads and engineering markets.

Boral Limited also has Boral North America. Elsewhere in the empire, Boral Cement Limited is one of the three large Austalian cement manufacturers, major members of the Cement Industry Federation.

Asphalt, cement, concrete, quarrying, roofing, timber; how much of Boral’s products will be going into the new, bigger Australian War Memorial, one wonders. Boral’s motto is ‘Build Something Great’. 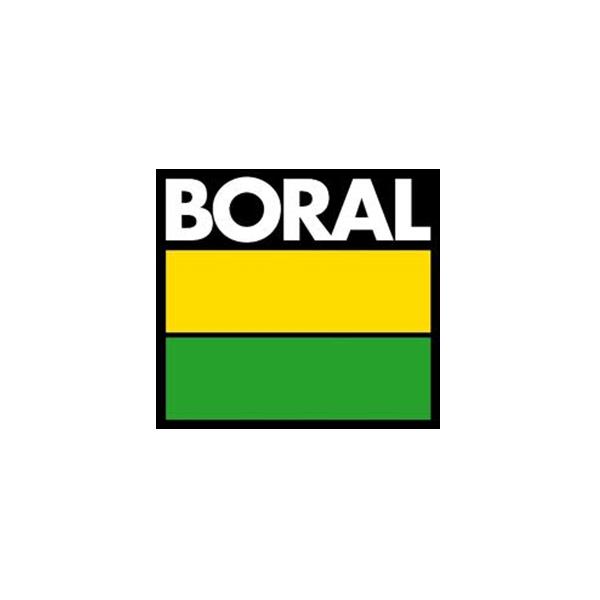