This is an edited version of Professor Macintyre’s speech at Readings, Carlton, 2 September 2014. Frank Bongiorno reviews the book. The author speaks at the launch.

It is a great pleasure to be asked to launch Carolyn’s book, and not just because it is a fine work of historical scholarship. To win the praise of Ken Inglis is an indisputable seal of approval. He writes on the front cover that ‘This book deserves a place alongside the writings of Charles Bean and Bill Gammage’, and that is rare company.

I think Carolyn’s book also deserves a place in a particular endeavour with which I have been concerned, the school curriculum. When the Australian Curriculum, Assessment and Reporting Authority (ACARA) undertook the development of a national history curriculum, it accepted the argument that history should be taught in a world framework. It was not just the plentiful evidence that young Australians resisted the study of Australian history – in overwhelming numbers they reported that they found it boring. Rather, those of us who oversaw the new curriculum were concerned with the perils of mixing the skills of historical inquiry and understanding with the demands of patriotism.

If the study of history is to have any value, it has to take you outside your own past, to confront you with the different and the unfamiliar, to force you to think beyond your assumptions. Accordingly, we devised a curriculum that introduces students to the great civilisations in a sequence that begins with ancient society and proceeds to the present.

That approach was supported by teachers but when we came to the 20th century, it succumbed to the dictates of the history wars. I had thought that a world history approach to the Great War might overcome the solipsism of the Anzac story. It might help students to understand why Australians went to the Dardanelles and to see that the Western Front was only one of the theatres. They would come to see that Australia’s argument over conscription, and the growing polarisation of opinion over our involvement in the war, were as nothing when set against the mutinies that occurred in many armies, the revolution in Russia, and for that matter the dispatch of tanks to Glasgow in 1918 to put down resistance there. 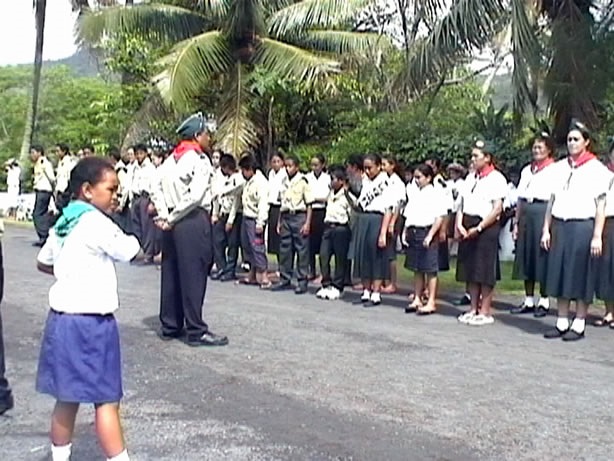 But ACARA judged that a curriculum that did not tell of Lone Pine and Pozieres would bring headlines in The Australian and incite Alan Jones, so they reinstated the Anzac story in its familiar current form. Moreover, the full unit that deals with Australia in the Great War in Year 9 treats that story as unproblematic, as if there has been no argument over it and young Australians have been making the pilgrimage to Anzac Cove since 1919.

Student enrolments in senior secondary history are higher in New South Wales than in any other State. One reason for its popularity is the availability of a Year 12 study called History Extension, where students are able to choose a subject and explore its alternative interpretations and historiography, drawing on the multiple forms of representation and memory.

Those students who take History Extension will now have a guide to the past and current forms of Anzac. They will be able to trace its changing fortunes, see how it has changed repeatedly and understand the different uses that have been made of it. They will love the book.

In Anzac, the Unauthorised Biography, Carolyn explains that she began her study with a question: why are Australians of the 21st century so emotionally attached to a military event that took place nearly 100 years ago? It was not a rhetorical question; it did not express disdain but rather fascination and intrigue.

It was also an ambitious question. There is an immense literature on the memory and commemoration of Anzac, but Carolyn was working over a full century and across a very large body of material.

She is not afraid of asking such questions and refusing to accept the obvious answers. Carolyn absorbed from [her undergraduate teacher at the University of Western Australia, Richard Bosworth] that you should not take anything for granted – that you had a responsibility to investigate for yourself, not setting boundaries around your subject but following it where it led. So when she began her doctoral studies, she had her ambitious question and she pursued it with few preconceptions.

Her thesis won the Denis Wettenhall prize for the best thesis in Australian history at Melbourne University, and then the award that commemorates Geoffrey Serle for the best in all Australian universities. Geoff would have applauded.

Another feature of her research was the capacity to engage the interest of the authorities in her field and win their respect. The same is true of the politicians she approached to gain insight into their role in Anzac commemoration. Fraser, Hawke, Keating and Howard – not all of them well disposed to historians – she persuaded all of them to be interviewed and in each case these became substantial engagements.

The result is a compelling, original book of great insight. Jay Winter calls it fine and robust, Bill Gammage splendid. It is to be hoped that those leading the centennial commemorations will be among its readers.