Lloyd, Christopher: The roots and limitations of Australian progressivism

This article is a response to Frank Bongiorno’s piece in The Conversation, ‘On marriage equality, Australia’s progressive instincts have been crushed by political failure’, in which Bongiorno argued, among other things, that Australia was once a pioneer in progressive legislation. ‘Seen in an international context’, Bongiorno wrote, ‘Australia now seems a laggard rather than the pioneer it once was. And it is surely deficiencies in our recent democracy rather than deeper historical or cultural issues that lie at the heart of our failure to resolve the issue of same-sex marriage.’ HH

Update 30 September 2017: also on possible connections between attitudes and broader societal trends and tendencies, see Rodney Croome in Guardian Australia on whether Australian homophobia is linked to early convictism. The article attracted more than 900 comments and was shared more than 1800 times. HH

Is Australia a progressive society and culture with a conservative political establishment that is thwarting the furtherance of socio-cultural progress, as Frank Bongiorno recently argued? When viewing the Australian debate over same-sex marriage, the severely limited nature of the Australian welfare system (particularly the nasty treatment of the unemployed), the erosion of the wage share of the national economy, the destruction of the universities by neo-liberal ideology, the complete failure to overcome Aboriginal injustice and marginalisation, and the torturing of the inmates of the Pacific concentration camps, it would certainly seem that there are many backward areas of Australian national life, compared with some other exemplars of ‘official’ progressivism, such as Sweden and Germany.

In fact, there are very few exemplar societies of progressivism in this era of growing rightist nationalism and neo-liberal retrenchment. Certainly, there are now many countries with same-sex marriage but that alone does not make a society ‘progressive’. France is an example. More indicators are needed, but they are hard to find. The treatment of asylum seekers (or refugees) is nowhere very good, except perhaps in Sweden, but even there things are turning more nasty at both official and unofficial levels. There is a good deal of anti-immigrant violence throughout the whole of Europe. Denmark and Finland are far from humane in their treatment of asylum seekers, for example, although they are sometimes held up as ‘progressive’ societies. Maybe Canada is better but not much. 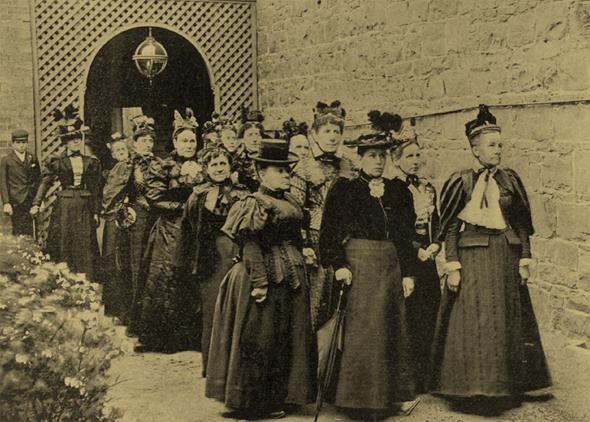 Deputation of women seeking the right to vote, Melbourne, 1898 (myplace/NLA)

I think Bongiorno is not quite right about Australia’s common sense progressiveness that is held back by a failure of leadership – although leadership has certainly been backward. Insofar as there was a progressive impulse, associated with the birth of nationalism in the late 19th and early 20th centuries, it did not extend to race relations and immigration or religious tolerance. There were progressive industrial relations and welfare developments, for sure, before, during and after World War I. The so-called ‘state experiments’ era in the late 19th and early 20th centuries (as famously analysed by W. Pember Reeves), was a progressive time of democratisation, social integration, and social consensus before 1916.

On the other hand, there is reason to think that national insecurity, fearfulness, and social fragmentation grew in the era after the great shock of 1914-18 (beginning with the general strike of 1917), reinforced by the Great Depression of the 1930s and the associated further social fragmentation. While World War II brought about a return to solidarity and a desire for more social and welfare progress at home, the ‘Asian Communist threat’ reinforced the fear of isolation and national insecurity, which then further undermined progressive nationalism.

The conservative hegemony defeated Chifley’s progressivism and, after 1949, reinforced itself for two decades. Despite Whitlam’s attempts to overcome conservatism and push Australia onto a new progressive track (defeated again by the old conservative power), the Hawke-Keating (‘arse end of the world’) period did not pursue the progressive line sufficiently.

One of the reasons for this outcome was the failure to break up the dominance of the conservative press oligopoly and of the greatly increased power of commodity capital (both strongly aligned with American interests). Rudd and Gillard also failed for these reasons. The strength of conservatism was shown very strongly when John Howard gained control of both houses of Parliament and tried to destroy the centralised industrial relations system. Rudd and Gillard did not properly restore that bastion of Australian progressivism and the latest attempt to undermine orderly and humane industrial relations is a consequence.

So, Bongiorno’s argument that the problem lies with leaders is only partly right. The thinking and actions of leaders reflects that power has come to lie with international economic interests and so the individuals who become leaders are those who subconsciously accept the global economic and geopolitical position that Australia is seemingly locked into. Progressive nationalism has lost a space at the table, as shown by the obsequious foreign policy and the failure to tax adequately the resource squatters.

Australia had a national capitalist class in the late 19th and early 20th centuries that needed local working class co-operation and so the extension of social integration through social and political measures (e.g. conciliation and arbitration, votes for women, welfare measures), was reflected in the Lib-Lab unofficial coalition in the 1901-09 period. But capitalists in Australia today are just offshoots of or are actual global capitalist corporations. The mining companies, the banks, the agribusinesses, are all globalised. Into this mix is added the Catholic Church (another global organisation), which is always a reactionary force.

The question then is why there seems to be a strong public support for same-sex marriage today. I think that reflects yet another example of the copying of ideas from overseas. Most innovations in Australia now come from abroad, due to the national cautiousness and the domination of national discussion and culture by American tropes. Australia’s leading newspapers and the TV networks are just parts of American culture. The kerfuffle over statues is another example. 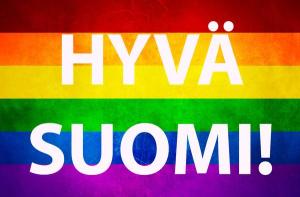 Many young people do not fully realise Australia is an independent country; indeed, reading the newspaper headlines and watching the commercial TV news would lead an outside observer to think that we are not independent. Thus, because of this loss of cultural autonomy, progressivism has long ceased to animate Australian politics.

Australia is not alone in this. Even the Nordic countries are dominated by Anglo-American culture and ideologies. The conservative government of Finland, for example, is in the process of weakening the welfare state and deporting most asylum seekers – because this is what the Anglos do. One such person, awaiting his appeal, recently committed a terrorist outrage. Progressivism has lost its human face in many places and the catch-up support for same-sex marriage in Australia’s public opinion (welcome as it is) does not make it a progressive society.