In November 2013 I presented a keynote address to the biennial conference convened by the energetic Narratives of War Research Group of the University of South Australia. In it I compared Australia’s memory of war with that of various countries I happened to have visited in the previous year – Germany, India, Egypt, the United States and Armenia – and reflected on the comparison. This is a portion of the last bit of the address.

Australia has more military historians per head than any of the nations I visited, with the probable exception of the United States. It has more memorials to war than just about any other nation on earth, relative to its population, and (as Ken Inglis told us in the third edition of his Sacred Places) we have built more in the past decade or so than at any time since the 1920s.

Ours is a nation that marks its military anniversaries with parades of veterans and displays of military hardware – just like Armenia, India or Egypt. But Australia has many more military museums per head than Germany or any of the countries I visited besides the United States, and, I calculate, many more military historians than any comparable society: certainly more than even overtly nationalist societies like Egypt and India. As any visit to a surviving Australian bookshop will show, military history is the single largest-selling genre – larger even than ‘true crime’. 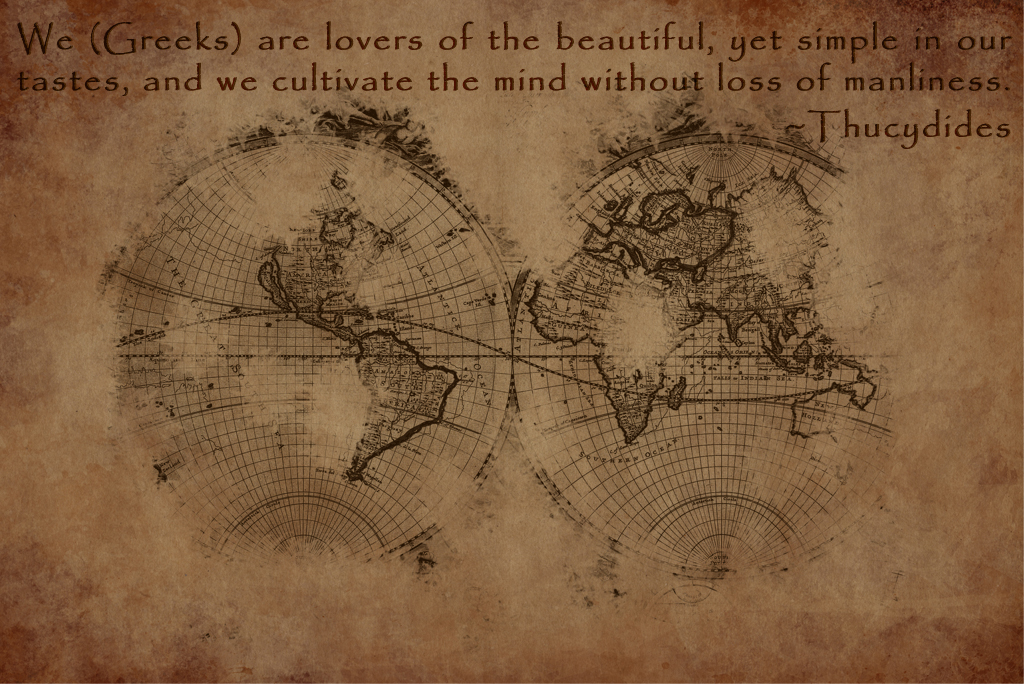 Thucydides’ quote on manliness (source: Flickr Commons; photo: Greg Molyneux). Thucydides was, of course, an early military historian (The Peloponnesian Wars). His words may be compared with those of FM Cutlack, an Australian war correspondent and historian of the Great War, who wrote that the word ‘Anzac’ conveyed ‘something savagely masculine, ruthless, resolute, clean driven home’ (emphasis added, quoted in Joan Beaumont, Broken Nation, chapter 2)

Australians might have made a defeat, Gallipoli, into their quasi national day, but they celebrate it as if it was a victory. We do not mourn; we exult. We do not lament the necessity of war; we celebrate it as exemplifying the finest qualities of the nation. We claim – in defiance of logic or evidence – that ‘the nation was born on the cliffs of Gallipoli’ – though no one can explain exactly how that worked. We are not embarrassed that Australia has been a party to so many wars of aggression. We disclaim responsibility for wars while crowing about ‘our’ part in their conduct; we ‘punch above our weight’. We profess that war has been a central part of Australian history – a view sedulously fostered by well-funded organs of government – though we emphasise the conduct of wars rather than exploring proportionately the effects of war on those who served and those affected by that service.

We increasingly celebrate a national war history while failing to reflect or criticise what it is that draws us to consider our war history. The greatest contrast here is with Germany. (An earlier Jauncey noted this.) The Germans have a word for an inescapable part of their national life since 1945,  Vergangenheitsbewältigung, meaning ‘the working through and coming to terms with the past’. Germany, defeated and disgraced in 1945, felt it had to do this (though a defeated Japan seems not to have embraced this imperative so fully). The war victors, including Australia, felt no need to engage in any such reflection. I believe that we too should engage in our own Vergangenheitsbewältigung. It might give us some surprises.

It seems to me that Australia has too easily accepted the traces of war without sufficiently pondering them. Lest you think that I’m wagging a finger just at you, let me indict myself here. I started work at the Australian War Memorial in May 1980, on the very day that the Australian War Memorial Act 1980 passed its second or third reading in the House of Representatives. As I describe in my essay in Australian History Now, I took a full part in the revival of Australian military history that we’ve seen over the past thirty-odd years and from which I have made, and still make, a rewarding career, in every sense. 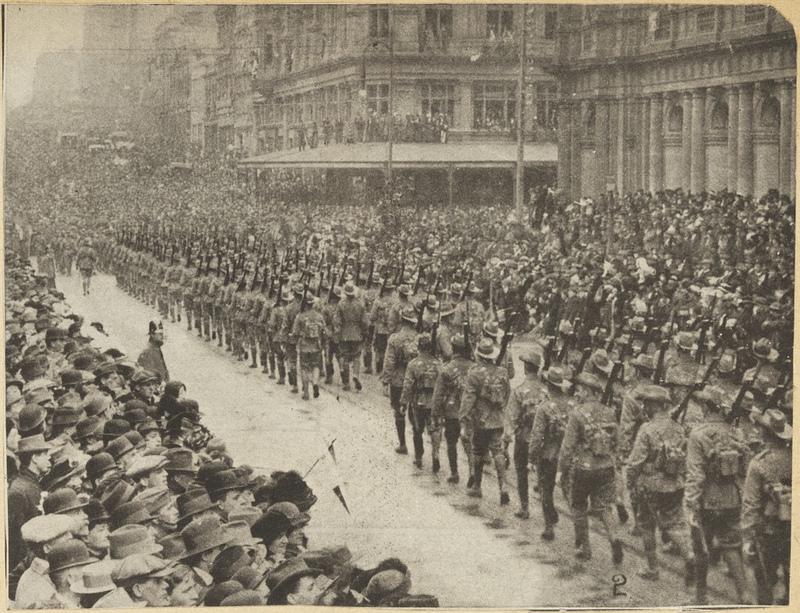 But I’m beginning to wonder whether we have taken a wrong turn somewhere. It explains my involvement in the Honest History movement in recent months.

It seems to me that the imminent centenary of the Great War gives us a chance to reassess our relationship with Australia’s Great War history. By ‘our’ I don’t just mean Australia as a society. I also mean more specifically Australian historians’ part in the relationship between the past and the present and the idea of Australian nationhood.

(Parenthetically, I should acknowledge that the first book to blow the whistle on this trend was Marilyn Lake and Henry Reynolds’s What’s Wrong with Anzac? published in 2010. It’s not a flawless book – some of the essays seem ‘undercooked’ – but that only means that the authors could have made a much stronger case. Out of their concern has come the coalition of Honest History, whose website Paul Daley launched in Canberra the other week [7 November 2013]. Honest History is a very broad grouping and it has no subscriptions, membership fees or a party line. Its supporters seek to counter the distortion and exaggeration prevalent in much of the writing and presentation of Australian history. Its motto is ‘not only but also’ – not only Anzac and war but other aspects of Australia’s historical experience; not only heroic diggers but a broad treatment of all aspects, including the ones that make us uncomfortable.)

I came to see that one of the reasons I became involved in Honest History is because I realise that, like virtually every other Australian military historian who wants to be published, I had fallen for the Faustian bargain that rules our lives. Let me explain.

As you doubtless know, Mephistopheles, the devil’s representative, presents Faust with a bargain: Faust gives the devil his soul in return for worldly knowledge and pleasure. And of course it ends badly for Faust.

We have also struck a bargain, because war history in this country is not the same as, say, economic history or transport history or medical history, or the history of colonial Australia or of the depression or whatever. As Billy Hughes’s famous (if garbled) claim suggests, war and military history in this country has been accorded a special standing. We justify it in all sorts of ways. We point to the importance of war in supposedly creating the nation, in re-shaping Australia’s relations with Britain, the US and Asia. We argue that the place of Anzac in the national and individual psyche or the extremity of suffering and the quantum of loss gives war a particular power in the story we tell.

This may all be true. But we also know that by making these claims we are gaining a marketing advantage with which historians of trains or health or convicts can’t possibly compete. For about thirty years – and certainly since publishers began to explicitly see military history as sellable by appealing to national sentiment – military historians have found themselves caught up in this Faustian dilemma. 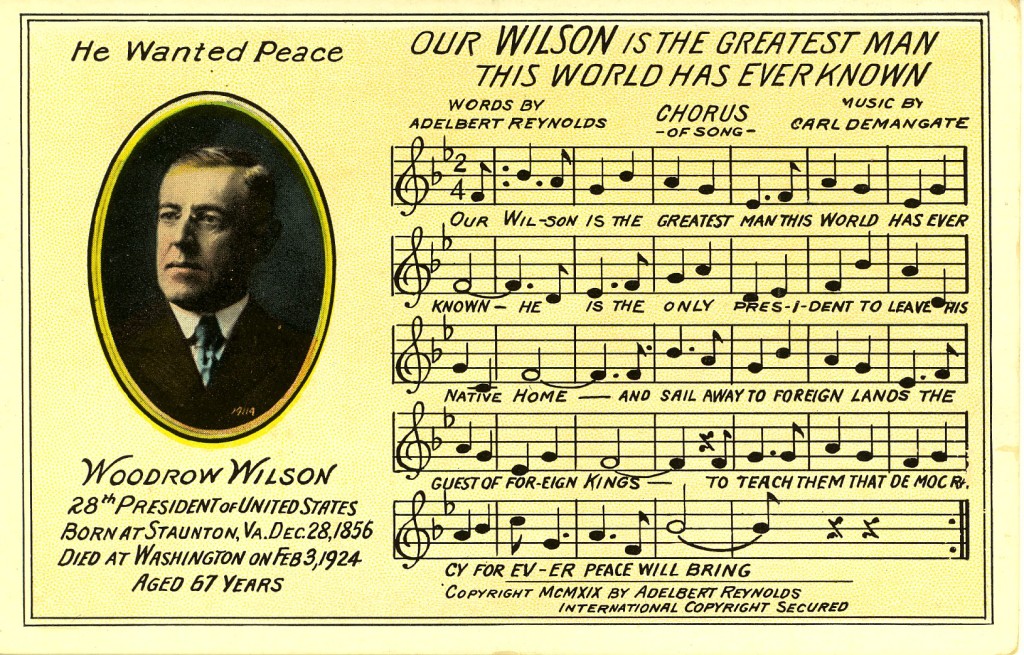 “Our Wilson is the greatest man the world has ever known.”  3 February 1924 (source: Flickr Commons/Woodrow Wilson Presidential Library)

My feeling is that, as a group, Australian military historians – and I include myself in this critique – have become unthinkingly complicit in a trend which (I think) exaggerates the traces of war in Australia’s history. We have been lazy in accepting the easy arguments that the traces of war in our society – which in themselves remain highly problematic – give war a special place in our historiography. Does it? Should it?

Of course, I’m making claims and arguments that can’t easily be justified or contested. The test of this becomes clear when we consider one of the fundamental drivers of research and publication in our field, the claim that something deserves to be published or read because it has been ‘forgotten’. It’s an easy mark to identify books in Australian military history that claim to be re-discovering or exposing or celebrating something or someone that has been ‘forgotten’.

Again, I’m complicit in this. I’ve never published a book with ‘forgotten’ in the title, but my next book will be Lost Boys of Anzac, about the dead of the very first wave to land on Gallipoli who died on 25 April 1915 – ‘lost’ because their bodies actually were lost; only 17 of 101 have named graves. And note how subtly I’m advertising it: even as I lament how Anzac worship has turned us into prostitutes, I’m parading my wares before you!