I received your kind letter from America, and was surprised to learn you had circled the earth. I am more than pleased that you expect the book in October, and rest assured that if I am still living I will endeavour to secure some great sales for it in Australia. I have been very sick since you left and nearly crossed the Yarra to the silent bivouac of the dead.

However, Dr. Janet Cooper, whom you met at our house, a good Yankee from Massachusetts saved me and now I am almost able to meet all comers and yet suffer no defeats.

I hope that we will see you back here some day. I am glad to hear that you are marrying a New Zealand girl in November, because my wife is from New Zealand, and if your girl makes as good a wife as mine is you will never have any cause to be disgruntled with any of your meals.

There will be no such thing as missing making the bed.

You were long enough with us to know what a good wife Aimee is.

Anyhow, Doctor, we are all pleased to hear from you and trust that your married life will be as happy as ours.

Brother Shain was also delighted to hear from you.

I am really sorry that you did not put some photos of American bankers in your book which would have helped to sell it in America. 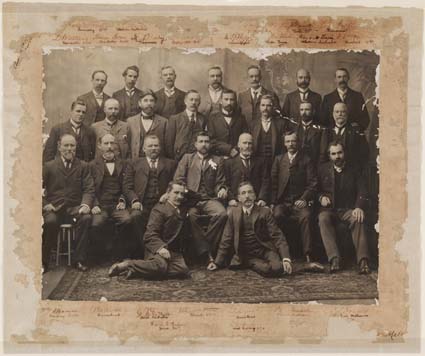 ‘Toverish’: O’Malley’s rendering of the Soviet ‘tovarich’ or ‘tovarish’: ‘comrade’

‘Brother Shain’: GM Shain, a senior official of the Commonwealth Bank, posted to London in the 1930s, and friend of O’Malley’s. Shain was back in Australia by 1939 and retired in 1948 as Deputy Governor. The following extract, from an O’Malley letter to Shain dated 17 June 1935, sheds light on both their close acquaintance and O’Malley’s jocular style.

When you write again will you kindly send me a picture of the Bank of England. It was only a one-story affair when I was there but I hear that it is now one of the finest banks in the world. I doubt if it is superior to our Sydney Bank [in Martin Place] …

Brother and Sister Jauncey are now in London, Brother Shain, and I trust that you will make it your business to meet these Christians as often as possible. 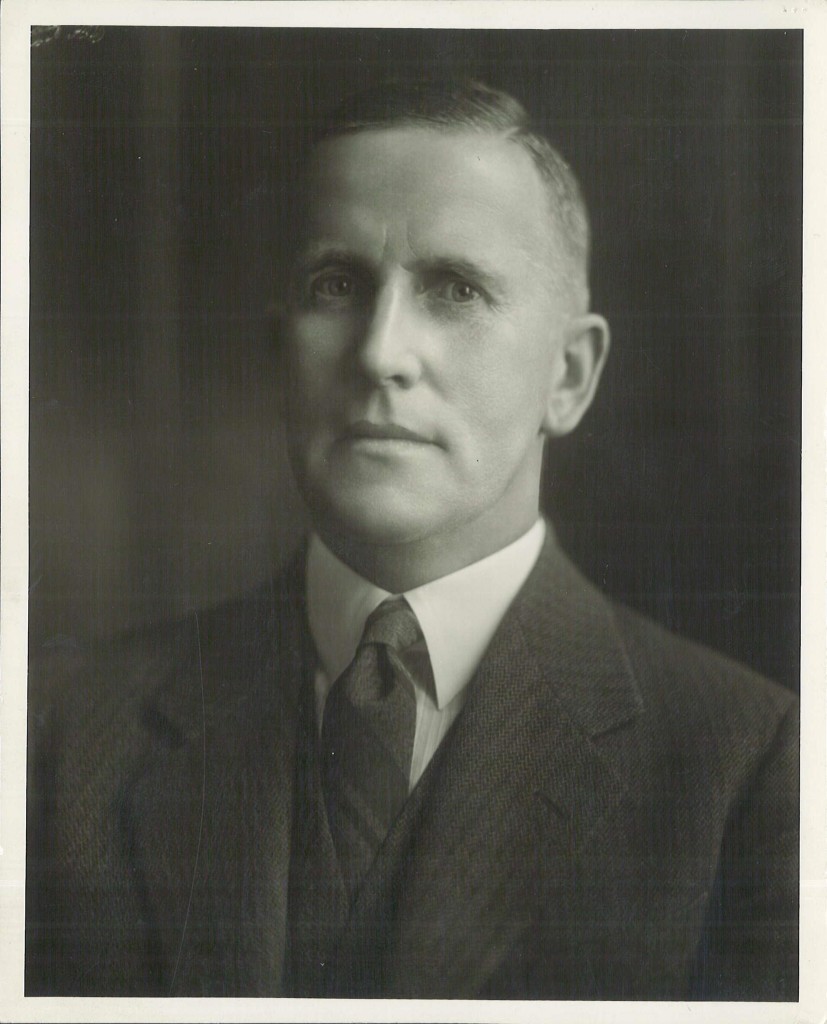 GM Shain, 1937 (Reserve Bank of Australia; our thanks to Stephen Wright, Information Department)

I am glad that you have seen Shain. Yes, he has taken another step upward, but I am still wondering if he will get the big job [Governor of the Commonwealth Bank] next year. I am sure those people in Sydney will put up a stern fight against it. Yet I think that Shain is a very shrewd man and I think he is likely to come out on top!  I do hope, however, that Shain will extend the bank if he gets in command. He still will have to buck the board of directors and the government, for it would seem that there is little chance of a real King O’Malley Government coming into power in Australia. It is true, however, that Shain as boss could well preserve what we have gained, and that is more than can be said of the others likely to receive the job. [Sir Harry Sheehan, formerly Secretary of the Treasury, became Governor in March 1938]

I guess poor Shain feels pretty badly about the bank business – at least I gathered such to be the case in our talks with Miss Hale. I think, however, that Shain should have shown more interest in the Labor fellows. If he had done so, he might well have been chosen for the job when the next Labor Government comes into power, which I think will happen as soon as Lang finally goes in New South Wales!

‘Miss Hale’ was Miss EV Hale, a Commonwealth Bank official who had visited Jauncey in the United States, being introduced to him by a letter from O’Malley. In his letter, O’Malley referred to the Commonwealth Bank, ‘which I put on the Statute Book, and which is now the biggest Institution in Australia’. Sir Harry Sheehan died of cancer in March 1941 and his successor, appointed by the Menzies Government, was HT Armitage. If Shain had indeed attempted to show ‘more interest in the Labor fellows’ in order to be appointed Governor by Labor, it mattered not. The ‘O’Malley candidate’, if such he was, never got beyond Deputy Governor.