Late in the Turkish summer of 1915 Lieutenant Humphrey Gell of the 89th Punjabis, the signals officer with 29th Indian Infantry Brigade headquarters, was told to destroy some used message forms, no longer needed. (Unfortunately: they might have shed light on the disaster of the Indians’ fighting in the August offensive, in which Gell’s brigade lost 380 wounded and nearly as many killed.)

As Gell applied the match the gusty winds for which Gallipoli is renowned took the flames;  the grass near his headquarters (on the western slopes of Demakjelik Bair) caught fire. The fire, he recorded in his diary, ‘spread like blazes’. He expected it to ‘catch all round our camp’, burning up the scrubby hill towards the trenches occupied by his brigade’s Gurkhas and Sikhs. ‘Luckily there was a bit of open ground & so we got it under [control] with sand. Might have been a regular bush fire …’

Humphrey Gell’s diary is not the only account of Gallipoli which mentions bush fire. Men burned to death in the fighting at Helles, at Hill 60, a few hundred yards from Gell’s headquarters, and at Keretch Tepe at Suvla.

Today Gallipoli is ready for further bush fires, both actual and metaphorical. 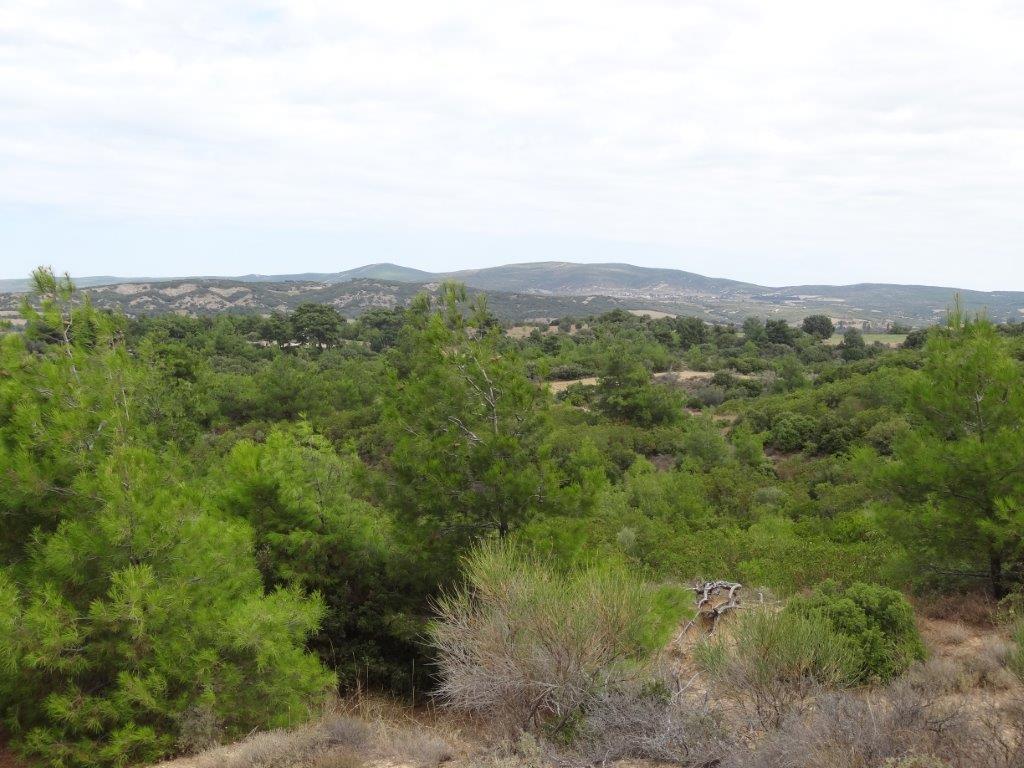 I’ve just finished a four-day stint on Gallipoli, doing the field work for my forthcoming book, Die in Battle, Do not Despair: the Indians on Gallipoli, 1915. I’ve been checking cemeteries and memorials (mostly the easy bit, though getting into Redoubt Cemetery involved jumping a trench dug for new water-pipes). I’ve been tramping the gullies and hillsides, locating sites associated with the 16 000 Indians who served on Gallipoli alongside their more numerous British and Anzac comrades. And here’s where the trouble began, because the peninsula is now actually harder to use as an historical source than it used to be.

Twelve years ago, when I was doing the field work for my 2005 book Quinn’s Post, Anzac, Gallipoli, I was able to walk up Shrapnel Valley and reach the front line, a kilometre inland. Today, the increasing thickness of the scrub means that virtually anywhere away from the cemeteries and the few tracks is almost impossible to reach. I tried to walk to ‘Pifferpore’, the site of the Indian mountain gunners’ camp at Anzac. It is only a hundred metres from the main coast road, but the bush is so thick that it is impenetrable. Other researchers agree: it is now much harder to find and reach sites on the peninsula, because the scrub is noticeably thicker than it used to be. Clearly, the vegetation of Gallipoli changes, markedly, from decade to decade. ‘Then and now’ photographs of the peninsula demonstrate that beyond doubt.

This might not matter; after all, what can visiting the site tell me? But visiting the places, even if they are much changed, can be extremely informative. At Gully Ravine and Demakjelik Bair it reminded me of just how tiny the Indians’ battlefields were. At Sari Bair and Hill Q it showed that the plan for the August offensive was doomed by the terrain, if nothing else. But the changes to the country are, I think, significant.

Humphrey Gell’s description of the bush fire he started and stopped offers a reminder that fire has come to Gallipoli before. Australian researchers who have visited for over 30 years describe the enormous differences they have seen in the landscape of the peninsula over that time. Huge bushfires have swept over Anzac in the 1970s and 1990s. They destroyed the vegetation and for a time revealed the bones of the country, later obscured by the growth of vegetation, even more thickly.

Once I might not have noticed or appreciated these changes, but successive visits since 2002 and recent experience in writing about bush fire has helped me to notice and reflect on them. A couple of years ago I wrote a book, Black Saturday at Steels Creek, which told the story of one tiny Victorian community in the 2009 bushfires that killed 173 people – ten of them in Steels Creek. I learned a bit about bushfires, not a lot; I was mostly concerned with how the fire affected the people of the community. 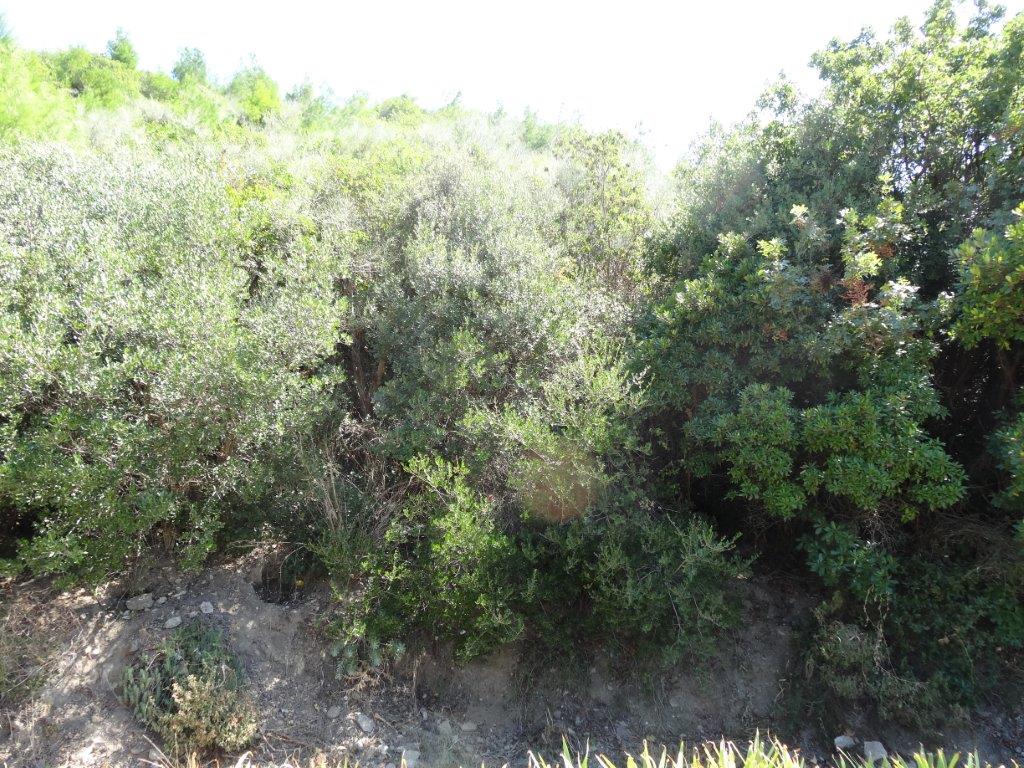 But I learned from Steels Creek to be at least conscious of fuel load in country prone to fire and I found myself frowning at that impenetrable Gallipoli bush. Not just because it stopped me laying a poppy at Pifferpore, but because it seemed to me that the landscape of Anzac is waiting for a bushfire to happen. Like Victoria in 2009 it seems a matter of ‘when’, not ‘whether’.

Speaking as a military historian – and putting aside the potential destruction and possible loss of life (Turkish fire-fighters died and were injured in the big 1994 fires) – that may not be altogether a bad thing. A fire would expose the landscape of 1915 and leave it again able to be read, for a time. But the fire would come not at our choosing, but in response to the vagaries of the weather, the fuel load and the time that has elapsed between serious fires.

The fire would come not just because of Gallipoli’s hot summers and high winds, but, it seems, because the land management practices of those responsible for the landscape of the Gallipoli Military Park seem almost calculated to make fires more likely. As visitors trying to understand the landscape of 1915 know to their frustration, the park authorities have planted extensive forests of pine trees all over the area, seemingly choosing trees that will burn well (as residents of Canberra know: they faced burning pine plantations in January 2003).

And the authorities have banned grazing in the park. In 1915 the scrub (as historical photographs show) was thin and short, the result of goats foraging all over the country. Today the scrub is thick and tall, not only making life hard for visiting military historians, but adding to the fuel load of an already fire-prone landscape. I don’t say this dogmatically – we badly need an environmental history of Gallipoli, written by someone qualified to read the landscape as an historical source – but fire seems likely, as repeated visits and discussions with other researchers have suggested. 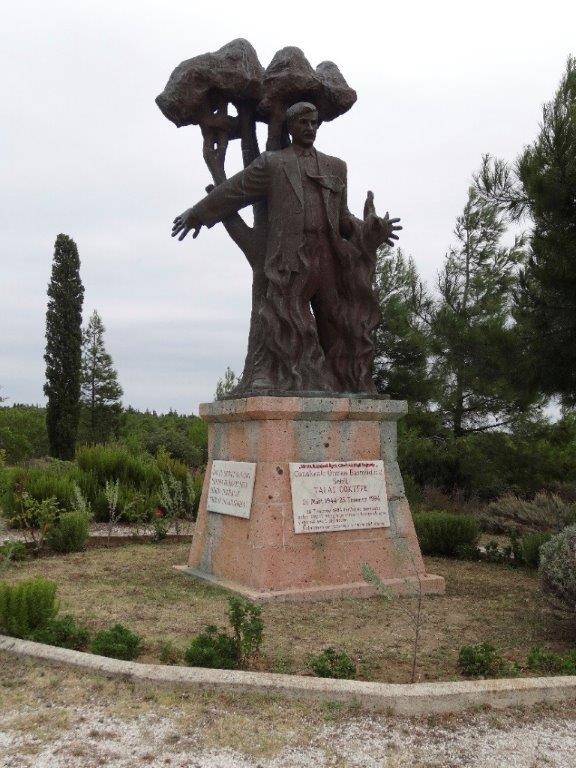 Gallipoli is a place with powerful associations and meanings for several nations: for Turkey as one of the birth-places of the modern Turkish republic; for Australia and New Zealand as the place where the Anzac legend coalesced; for Britain as one of the four places of national commemoration in the centenary period. Visitors from all these nations come to Gallipoli, many as pilgrims, visiting cemeteries and memorials. A big bushfire might be an incidental benefit to historians, but it would probably be seen as a tragedy by those who hold the place in esteem. As Australians who live with fire increasingly realise, fire cannot be stopped or avoided, but needs to be accepted and managed, through techniques including fuel reduction burns and management practices that accept rather than deny the inevitability of fire.

I have no special expertise in fire or land management, but I wonder whether the park managers’ decisions are making a disastrous fire more or less likely. At the very least this question needs to be investigated by environmental historians able to comment authoritatively upon the history and the possible future of the Gallipoli battlefield.

2 comments on “Is Gallipoli burning?”