Inequality has been a special interest of Honest History, as we have noted the procession of reporting organisations confirming Australia’s growing reputation in this field. It is not a good reputation to have, although we are in the same boat as OECD countries generally. Most recently, the Foundation for Young Australians has added to the body of evidence, showing how our education system currently does not equip young people for tomorrow’s economy, thus adding further to the potential for inequality.

We saw that GH Knibbs, even with his flawed methodology a century ago, was able to point to a degree of inequality which, though less than other advanced countries at the time and than Australia today, was still notable for a country that was regarded internationally as a social laboratory and progressive pioneer. The poems of Henry Lawson, particularly ‘Faces in the street’ (1888), were not just the grumblings of an alcoholic misfit. They reflected the reality for some Australians at that time. ‘They lie, the men who tell us in a loud decisive tone/That want is here a stranger, and that misery’s unknown.’ 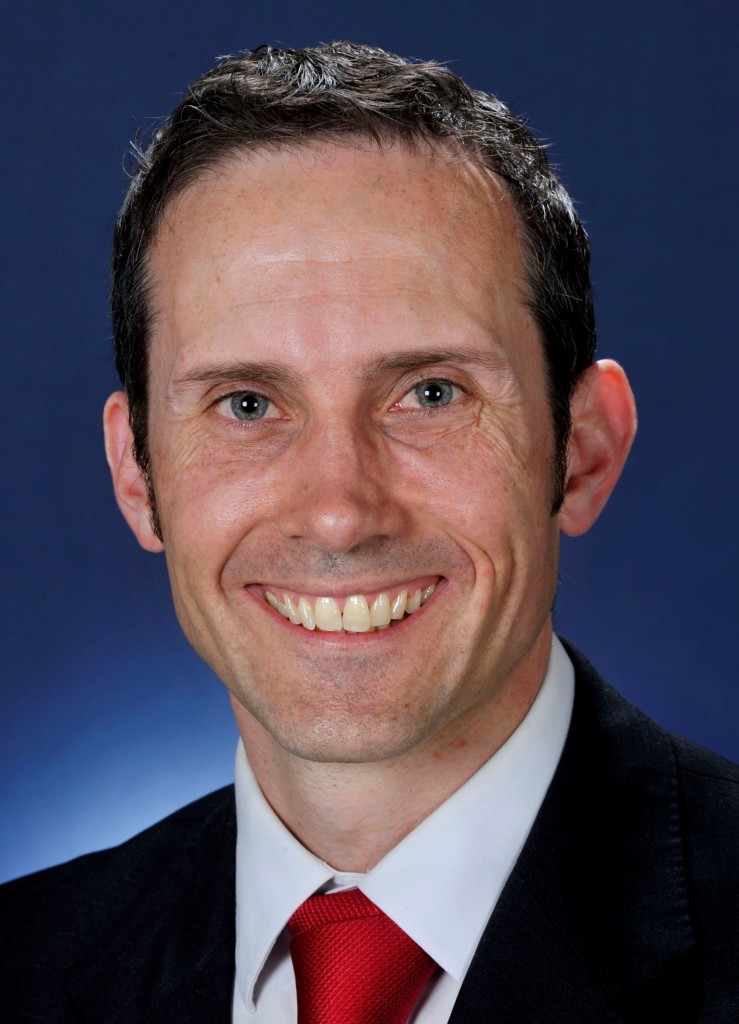 Honest History found that the Hon Dr Andrew Leigh, the Member of Parliament for the electorate of Fraser (now Fenner from 2016), within which our bustling office is located, was a noted authority on inequality, both before and after he became our representative. This highlights reel links to and extracts from some of Dr Leigh’s writings and speeches on this important subject. This post is not meant as a plug for Dr Leigh but his well-organised, developing and clear work casts light not only on Australia today but also on our history.

The distribution of top incomes in Australia (2007)

In 2007 Leigh collaborated with English economist, Anthony Atkinson, to use taxation statistics to estimate the income share held by top income groups in Australia 1921-2003. Readers should note the authors’ cautions about the reliability of income tax data and the need to compare it with other data, such as wages records and surveys of income and housing. They should also consult the extensive bibliography.

Given Lawson’s lament above, it is interesting that Atkinson and Leigh start from the 1886 claim of statistician TA Coghlan that ‘the contrast between rich and poor, which seems so peculiar a phase of modern civilisation, finds no parallel in these Southern lands’. Such claims are highly political, as Atkinson and Leigh recognise:

The share of income accruing to the very top groups is of importance both because their share of the total is significant and on account of the economic power that it conveys. They are also a “marker” of social and economic evolution. Tracing these shares over much of the twentieth century provides insights into the long-run development of societies and the impact of events, such as the World Wars and the Great Depression (page 259).

Testing Coghlan’s claim, Atkinson and Leigh find, after extensive interrogation of the data, lots of figuring and a number of graphs, that: 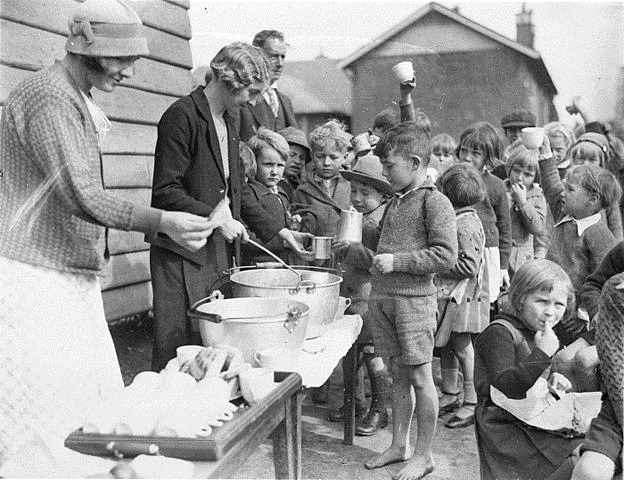 Schoolchildren line up for free issue of soup and a slice of bread in the Depression, Belmore North Public School, Sydney, 2 August 1934 (Wikimedia Commons/State Library of NSW/Sam Hood)

This brief note from Leigh had take-outs from the OECD’s May 2011 report Growing Income Inequality in OECD Countries: What Drives it and How Can Policy Tackle it? The key points he noted were:

[W]ork by the OECD reinforces the finding that the gap between rich and poor has widened in Australia over recent decades. True, the incomes of the poorest tenth of Australians have improved. But top incomes have increased faster still.

This book brings together Leigh’s work on inequality to that date; it is sub-titled, The Story of Inequality in Australia. Leigh repeats his summaries of long-term trends and goes on to look at the implications of inequality and the policy options for addressing it.

Leigh also places the evidence in the context of what he sees as Australia’s ‘egalitarian spirit’. ‘Yet’, he says, ‘an egalitarian spirit is no guarantee of true equality’ (loc 82, Kindle edition). Early in the book, Leigh links income inequality with feelings of happiness, experience of pain and violence, degree of political engagement, and gender and race (loc 163). This is indicative of the wide range of his interests. Then: 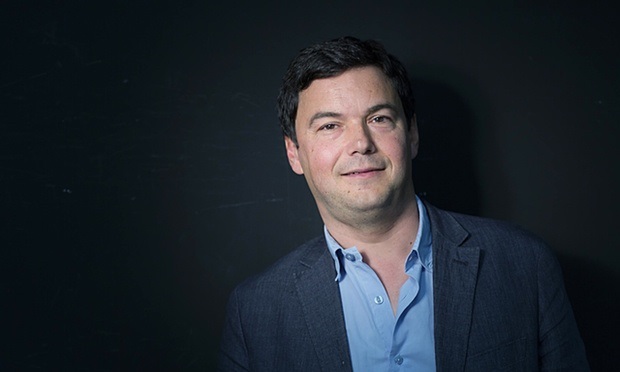 Leigh admires Piketty’s work for both its vision and breadth and its command of detail. As the present article does, he kicks off with Lawson as the prophet of Australian egalitarianism and goes on to consider whether this prophet has been honoured in his own country.

But it is Piketty, the modern prophet, who gets Leigh’s close attention in this long review; it is a good introduction to Piketty’s doorstopper-size book. Leigh notes that Piketty’s theories (on the relationship between the degree of inequality and a ratio between wealth and income) don’t quite work for Australia until you get to the period from 1980 on. Before then, mass immigration helped balance the accumulation of inherited wealth. ‘When a nation grows as much as the US and Australia have, it is more difficult for privilege to be perpetuated down the generations.’

Leigh suspects that returns on inherited wealth are becoming more important as drivers of inequality in Australia – and than he allowed in Battlers and Billionaires – but he returns to some of the policy remedies he introduced in that book. He concludes that some of the oomph in Piketty comes from his making inequality important, for Australia as for everywhere else.

If Australia continues to become more unequal – as Piketty’s capital theory suggests it might – then it will become increasingly difficult to hang on to these [egalitarian] values. A veneer of fairness might persist, but a shallow equality of manners would be a poor substitute for the deeper egalitarianism that has traditionally characterised our nation. How much should we let inequality grow? There is no right answer to this question, but we should not shrink from asking it.

The audience here were public servants so the content is suitably practical. It starts with nods to Battlers and Billionaires and Piketty – and a swing at the 2014 Budget. Leigh then updates the history:

Leigh goes on to ask why inequality matters and what can be done about it. Much of this reinforces his earlier work. His concluding riff on the egalitarian spirit, however, is heartfelt.

Our egalitarian spirit helped make Australia a stable, cohesive and prosperous nation over the past two centuries. We still have this ethos strongly present in our society, even as inequality has risen starkly and significantly in the past generation.

Egalitarianism is a value that runs deep in the Australian popular psyche, with undeniable origins in our history and culture and undeniable continued appeal in our democratic society.

But I worry that unless we consciously re-focus on equality as our shared goal and egalitarianism as our common value, Australia will sleepwalk into a more unequal and divided future. That we will find ourselves split into “Two Australias”. 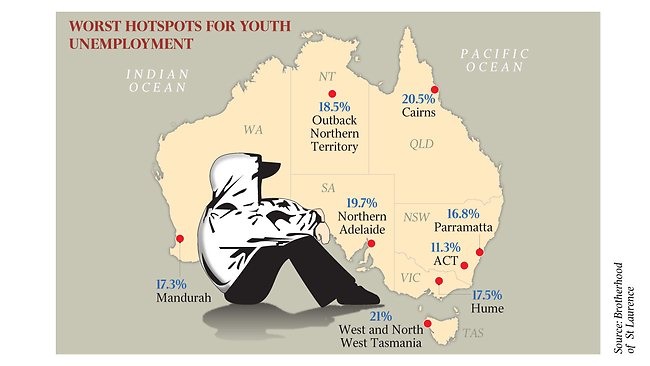 Again, much of this presentation is a reworking of earlier material but it does include four significant additions to the Leigh list of policy prescriptions. They draw upon the work of his erstwhile collaborator, Sir Anthony Atkinson, particularly his latest book, Inequality: What Can be Done? Numbers 9 to 12 in the list run as follows: