Hugh White writing and talking about Australia in Asia, Xi in China, and Trump in the White House

Hugh White of ANU is bringing out a Quarterly Essay soon, entitled ‘Without America: Australia in the New Asia’. The link above has details of chats with Hugh White in Sydney, Melbourne and Canberra from 28 November to 5 December. Recommended.

America is fading [the QE blurb says], and China will soon be the dominant power in our region. What does this mean for Australia’s future? In this controversial and urgent essay, Hugh White shows that the contest between America and China is classic power politics of the harshest kind. He argues that we are heading for an unprecedented future, one without an English-speaking great and powerful friend to keep us secure and protect our interests. 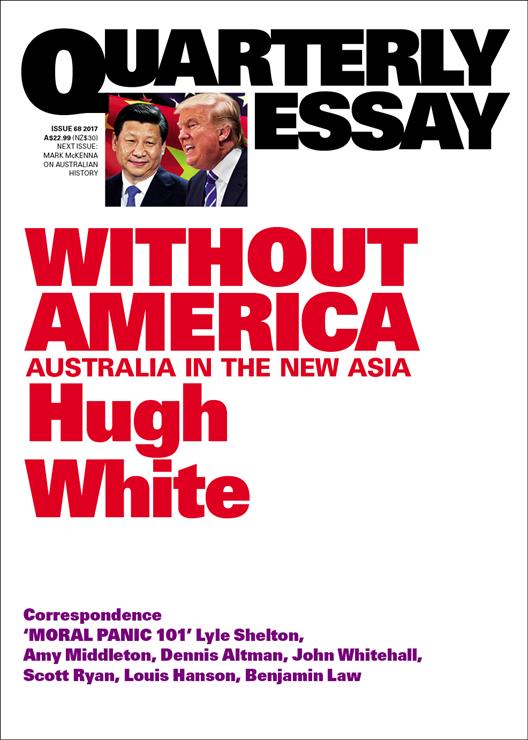 In 2017 the Trump presidency presents an unprecedented opportunity for Australia to reassess its foreign and defence policies. No certainty exists – if it ever did – that the United States will defend Australia against attack. It therefore becomes more necessary than ever for Australia to pursue its own interests independently, to build closer interaction with our Asian neighbours, and to negotiate ways to diffuse tensions, particularly with China.