My work has centred on the history of how Australians have remembered the First World War. The book that I wrote traced the history of Australian remembrance, from the grieving years of the immediate post-war era and the decline of Anzac after the Second World War to the extraordinary resurgence of Anzac commemoration since the 1990s.

I am also very interested in the questions posed by Felicity for discussion this evening about the disjuncture between academic discussion of Anzac commemoration and public attitudes to Anzac. Academic historians have certainly contributed to debates about Anzac, mostly as critics of government and business. But how much impact do we actually have?

So I want to describe briefly some of my research about the history of Anzac. And I also want to touch on issues about how academic historians can communicate with a wider audience.

I recently reviewed a book by Anna Clark called Private Lives, Public History, in which Clark talks about the gap between what academic historians do and what ‘every day Australians’ think about history. She interviewed one hundred people about their attitudes to history. And she found a big disjuncture between academic history and popular history. 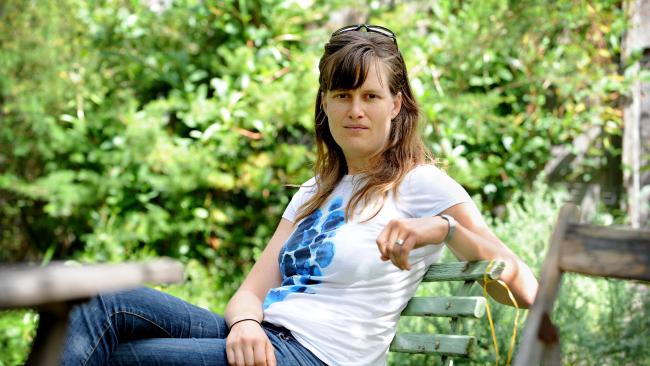 Most of the people Clark spoke to had never heard of the ‘history wars’. They found the history they were taught at school, and the history pumped out by official organisations, dull and uninteresting. But the rejection of academic and official history does not equate to a wholesale rejection of history. In fact, Australians are arguably more interested in history than ever before. Think of the rise of historical societies, history-themed TV shows and digital resources that allow people to trace their family histories.

So what kind of history does interest people? Not surprisingly, given the narcissism inherent in human nature, people like history that bears some relation to their own lives. Like Narcissus, we like to see our reflection in the past, whether it’s through our ancestors or our ethnicity, through the place we live, or through some less ostensible means of connection. Popular history is personal.

Anna Clark found that Anzac was the only kind of public or official history that Australians found interesting. If we delve into the history of the Anzac revival, it bears out Anna Clark’s claim that history only interests people if it presses their emotional buttons.

My work departs to some extent from Marilyn Lake’s in arguing that the great revival of interest in Anzac that began as early as the 1970s was a grass-roots phenomenon. I argue that it was not something engineered by politicians to foster nationalism and electoral support – though it has certainly become that.

Bill Gammage’s book, The Broken Years, published in 1974 presaged a transformation in popular feeling about the First World War. Remember that Anzac had become highly controversial during the 1960s and by the 1970s was widely expected to die out with the last of the old diggers. Gammage’s book used hundreds of letters and diaries written by ordinary, front-line soldiers to tell, in a highly emotive style, the tragic story of the war.

Gammage’s portentous prose style was reminiscent of Manning Clark’s. And if he tended towards romanticising the Australian soldiers, he did not romanticise war. Gammage fashioned a form of Anzac commemoration for the post-Vietnam era – Australians could admire the courage and sacrifice of the soldiers while simultaneously condemning the cause for which they fought.

After Gammage, there was Patsy Adam-Smith’s popular book The Anzacs, published in 1978, which also told the story of the war using letters and diaries. And in 1981 came Peter Weir’s film Gallipoli, which has probably done more than any other book or film or exhibition to shape Australian understanding of Anzac.

With its heroic duo, played by Mark Lee and Mel Gibson, the film perpetuated the new, sympathetic understanding of Anzac. Bill Gammage acted as an historical adviser on Gallipoli, but the film goes much further than The Broken Years in re-establishing Anzac as the pre-eminent myth of Australian nationhood.

Gammage rejected the interpretation of the war, promoted most prominently by the official historian Charles Bean, in which the nation was born at Gallipoli. For Gammage, there was no redemption to be had in notions like the martial baptism. The war was an unmitigated tragedy.

Weir’s film employs the archetypal tale of the sacrifice of a young warrior for the salvation of his people. The film applies Christian metaphor in various forms – for instance, we have Archie’s trainer washing his feet, and Archie’s simulation of Jesus on the cross in the final scene as he sprints, weaponless, across no-man’s land at The Nek.

Due in large part to the impact of the film Gallipoli, Anzac was transformed from a legend based on the martial proficiency of Australian soldiers to a gentle story about suffering, sacrifice and mateship. In an age of declining religious worship, Anzac commemoration became a means for Australians to express feelings of sadness, grief and loss.

The other significant phenomenon that began in the 1970s and 1980s was the rise of family history of the First World War. Suddenly, daughters and sons and grandchildren became interested in the war stories of their fathers and grandfathers. Letters and diaries that had been pushed under beds and left to gather dust inside cupboards for decades became objects of reverence and fascination.

Family history has perpetuated the new kinder and gentler Anzac. It casts a sympathetic eye over the personal experience of ordinary soldiers. We don’t see the soldiers as cold-blooded warriors, but as likeable young men caught up in tragic circumstances.

By the mid-1980s, politicians were beginning to detect the shift in popular sentiment about Anzac. The Hawke Government was approached in the late eighties about sponsoring a trip to Gallipoli in 1990 for the seventy-fifth anniversary of the landing. The government was hesitant, given the unpopularity of Anzac in recent decades. But Hawke found sufficient evidence that Anzac was enjoying a popular revival.

The Gallipoli pilgrimage, as it came to be known, was a great success. And thus began the present era of political patronage of Anzac, with the prime minister as commemorator-in-chief. Apart from the aberration of the Keating year – during which Keating sought to prise Australians from their attachment to Gallipoli and promote the Pacific battles of the Second World War – political patronage of Anzac has gone from strength to strength. John Howard went twice to Gallipoli for Anzac Day. Kevin Rudd ran out of time, and was torn between Kokoda and Gallipoli. Keating accused him of trying to have it both ways. Julia Gillard, former student radical and member of the Victorian Socialist Left, said the trip to Gallipoli she took in 2012 was ‘a journey I have wanted to make all my life’.

Tony Abbott was there last year, of course. I suspect Malcolm Turnbull will be a bit more circumspect, but we will have to wait and see.

The popularity of Anzac continues to wax. Australia is spending more than all other nations combined on the centenary of the First World War. In excess of $560 million. By way of comparison, the UK is spending $110 million, France $90 million and Germany $6 million. 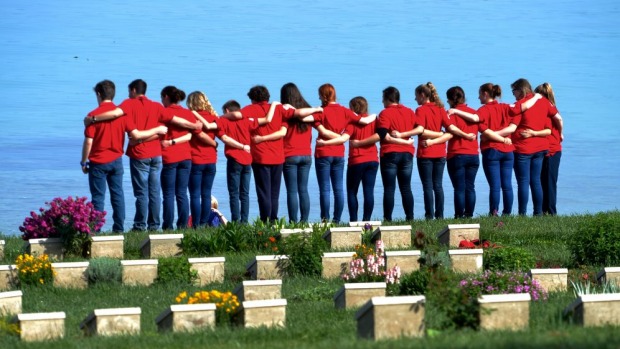 The crowds at last year’s dawn services were the biggest ever recorded. The ballot for the Anzac dawn service last year at Gallipoli was over-subscribed four times.

The fundamental point I want to make about Anzac commemoration is that it is an emotional experience. It bears many of the elements of religious worship. It allows people to feel part of a broader community of worship and functions as some kind of vicarious emotional clearing house.

Anna Clark gives insight into Anzac’s role as a medium for emotional expression in her book, Private Lives, Public Histories. She writes about her own experience watching the Anzac Day march:

all my sadnesses jumble through my head: my dad’s last words, my grandmother never meeting my kids …  It’s as if some sort of powerful and unregulated emotional register connects the collective sorrow and gravitas of the moment with powerful events in my own life of death, loss and grief.

Going back to Anna Clark’s work on popular history, Anzac has become so powerful that it feels personal, even when it’s not.

How do academic historians, armed with evidence and analysis, compete with the emotional power of Anzac? For starters, we need to recognise Anzac commemoration for what it is –  an emotional ritual wrapped inside an historical event.