Green, Jonathan: Why must a war define us? Honest History highlights reel

Over the last three years Honest History has tried to collect significant pieces written about Australia’s relationship with war. We have commissioned original pieces as well. Few, if any, of them encapsulate what we are on about as well as this piece by Jonathan Green, then of the ABC, now of Meanjin and still until this week of the ABC, at least on Sunday mornings, but now somewhat in limbo there.

We only found this piece today. We wish we had found it earlier but we run it up the flagpole now anyway.

Green writes from the perspective of the battlefield of Pozières. ‘In Charles Bean’s words, in the florid phrasing of our official wartime history so happily co-opted by our contemporary state sentimentalism, it is a little patch “more densely sown with Australian sacrifice than any other place on earth”.’ 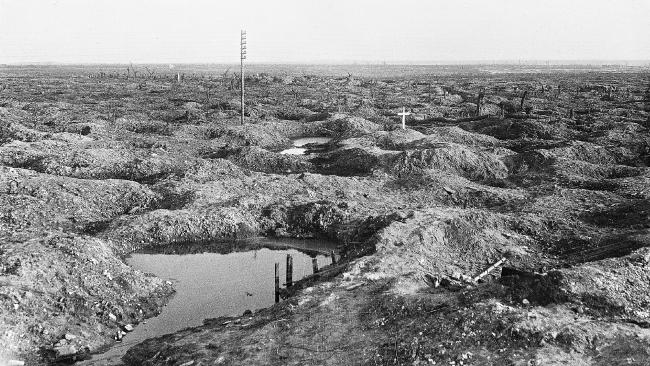 Green notes the puzzlement of his French guide at the Australian obsession with Australian remains amidst so many, mixed like compost in the soil of the Somme. He brings out the parochialism or the sense of superior sacrifice that often seeps out of Australian commemoration, even when we are on someone else’s country.

Green sees this as characteristic still of how Australians deal with war. In similar vein, Henry Reynolds in Unnecessary Wars wrote of our obsession with how well we fight, our apparent desire for praise for our martial qualities.

You hear it [says Green] in the way we report even recent conflict, of how we “punch above our weight” of how our servicemen and women earn the respect of the colleagues from other countries for their skill and daring. And there is something more than a little needy in the way that we insist with such pride that it must be so, and in the way we race to join modern military coalitions with the same puppyish eagerness we once reserved for responding to the tug of empire.

Green goes on to look at Gallipoli.

How odd that this should be the source of our sense of self. We were a country just 14 years old by the time of the landing, that tremendous constructive achievement of federation now lost to modern memory, with the blood and blather of continually recalled war finding much more favour than a complex act of actual nation building … a fine paradox, the nation building moment eclipsing the building of a nation.

There’s no question that World War I should be remembered for what it took, for the confidence and optimism and courage it betrayed, but it’s an odd thing on which to rest the soul and psyche of a young country 100 years on.

There is a deeper significance, too. All that half-remembered blood and guts in forgotten causes blocks out better things.

Why dwell on the courage of war over the quieter guts it took to clear a block of bush by hand and raise and feed a family from the stumpy soil? Why favour Gallipoli as a national starting point over the diligent, purposeful blue sky thinking of the men who actually stitched our disparate colonies into one? Why revere the apparently unique quality of soldierly “mateship” when the broader accepting harmony of all Australian peoples makes us something truly remarkable in a world torn by strife and ancient enmities.

And the punch lines at the end sum it all up: ‘A more mature country might call war a dead end, a source of little more than regret. It’s perhaps a sign of our lingering callowness that we call it a starting point.’

We have pulled out some highlights above but counsel those who have not read the full piece to do so. It is an excellent antidote to Anzackery, the over-the-top version of the Anzac legend that is still around, even as we pass Peak Anzac. There is a lengthy (two part) sample of Anzackery here. Meanwhile, not far from Pozières, we are spending $A100 million on the Sir John Monash Interpretive Centre to remind the teenage battlefield tourists of Europe (and rather fewer numbers of Australian visitors) how we punch above our weight. 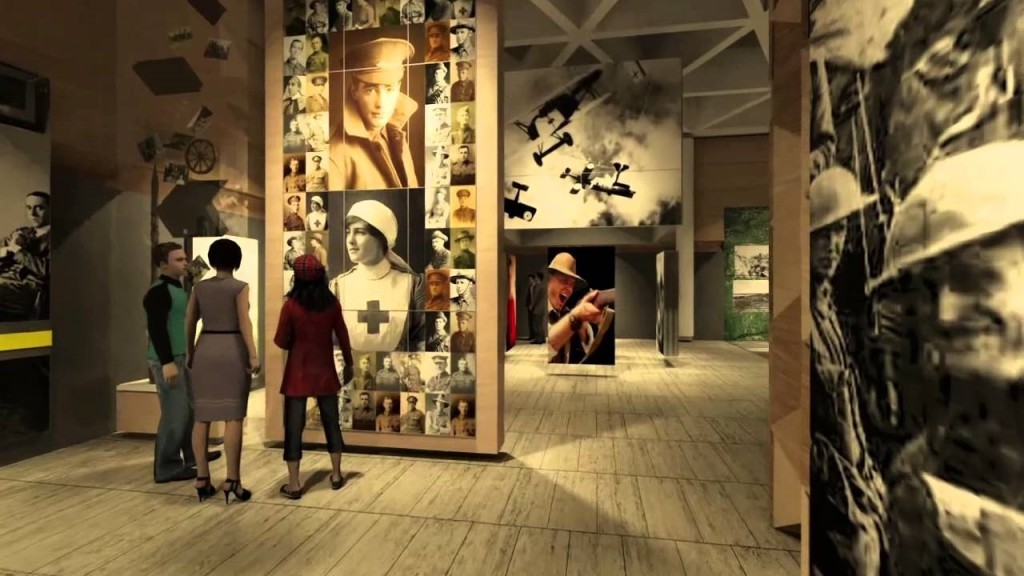 Artist’s impression of the Monash Centre at Villers-Bretonneux