From the Honest History vault: Trump as bullshitter-in-chief

As President Trump disappears gradually but inevitably into his own unreality bubble, it is worth recalling that Professor Harry Frankfurt, American philosopher and doyen of bullshit analysis – that’s the academic study of bullshit – revisited his earlier work in the field, especially to consider Donald J. Trump as an examplar. In some ways, Trump as bullshitter is more interesting than Trump as liar.

We’ve given Frankfurt on bullshit a couple of runs over the years. Here’s a link to our resources on bullshit. Our first run with the Professor marked Trump’s inauguration; it is fitting that we mark his election defeat.

Here’s a taste. Note that bullshit is not the same as lying; bullshitters don’t care whether they are telling the truth or not. 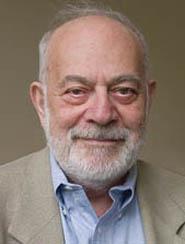