From the Honest History vault: six months today since publication of open letter from 83 distinguished Australians opposing the $498m plan to extend the Australian War Memorial

On 23 March this year, the names of 83 distinguished Australians appeared on an open letter opposing the plan to extend the Australian War Memorial at a cost of $498m. The letter said this:

The Australian War Memorial’s $498 million extensions should not proceed. They cannot be justified, they show the Memorial is being given preference over other national institutions, and the money could be better spent.

The Memorial Director, Dr Brendan Nelson, touts the Memorial as telling ‘our story’. The Memorial should be revered, but Australia has many stories and Dr Nelson’s excessive veneration of the Anzac story denies the richness of our history.

Dr Nelson wants added space to display more of the big artefacts representing recent, but purportedly ‘forgotten’ conflicts, and to ‘heal’ veterans. Recent conflicts should instead be presented in proportion to their significance; responsibility for veterans’ welfare belongs with Defence and Veterans’ Affairs.

The extensions offer Dr Nelson a permanent legacy like that of none of his predecessors. His and his Council’s ambitions will destroy the Memorial’s character and entail the demolition of Anzac Hall, opened in 2001 and winner of the 2005 Sir Zelman Cowen Award for Public Architecture.

The Memorial has been treated most generously by successive governments, and has suffered less from the ‘efficiency dividend’ that has damaged other institutions.

We have just seen over $350 million spent by the Commonwealth on the Anzac Centenary and the Sir John Monash Centre in France. Should further money be spent on these extensions rather than on other needy cultural institutions or direct benefits to veterans and their families?

The signatories were the following:

Many of these people have written books and articles on historical and other subjects. To find them, use our Honest History search engine or our author listing. 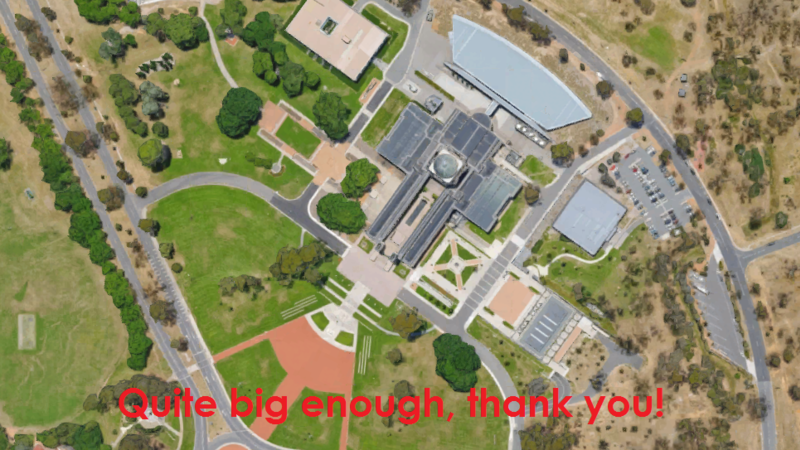