About 70 people attended this conference at ANU on 4-5 February, jointly run by the Strategic and Defence Studies Centre at ANU and the Australian Centre for the Study of Armed Conflict and Society at UNSW Canberra. Front-line conference wranglers were Tristan Moss (ANU) and Tom Richardson (now ADFA), both young scholars, and the attendance was notable for the number of younger academics giving papers and in the audience.

The program is here, along with biographies, and readers may wish to print it off as a guide to who is about to be who in the war history field. A common theme, by the way, was that while there is still scope for ‘traditional’ operational histories, the game is really at the intersection of war and social history or war and economic history. Most of the papers reflected that imperative. There were tweets at #ndwh2016. 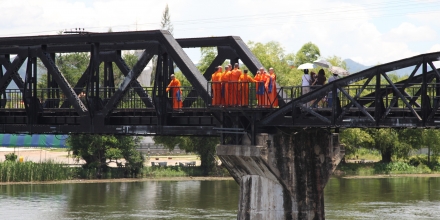 Contributions from younger scholars were interspersed with remarks from older practitioners, among which stood out Jeffrey Grey’s keynote call for historians to be subversive – ‘history if done properly is a subversive discipline’ (an aphorism that the Honest History scribe copied down and underlined heavily). While the traditional Anzac and Kokoda tropes hardly featured over the two days, context was provided by papers on aspects of eighteenth and nineteenth century Europe, White Russians fighting against Red Russians in the twentieth century, how Thailand copes with its war memories, how ships were important to the war effort in the Great War and papers about German soldiers in World War II, mercenary soldiers over decades, military training in Singapore and military education in Turkey. These papers echoed a remark from the floor that wars are not just about Australians.

On the Australian front, there were intriguing papers about Australian commemorative boastfulness in Picardy (now exemplified by the Monash centre), Australian official war art in World War I, the desperate propaganda drive by Hughes in 1918, gay servicemen in Vietnam and Queensland servicemen being Queenslanders wherever they ventured. Anzackery and the depredations of the ‘Fitzkrieg’ featured in lively discussions during breaks and at the conference dinner. Irreverence is a strong characteristic of historians in this field. It was mentioned also that ‘baby soldiers’ and even ‘baby generals’ are very amenable to views that question the received wisdom in military history and military commemoration. That is encouraging.

Finally, the claim that ‘we do not glorify war’ was wheeled out in one paper. Surely this straw man can be left out of intelligent discussion of war and commemoration in 2016. Only psychopaths glorify war. The point about war is not to normalise it, not to sanitise it, not to make it excessively cutesy (animals in war) or whimsical (the German officer’s corset or moustache straightener), not to pull punches about it (promoting the World’s Rarest Tank or the World’s Longest Gun but portraying nothing of what those weapons do), and not to have impressionable children ’emotionally connect’ with it through reciting the names of dead men or gazing at relics. The commemoration industry does so much of that sort of stuff – relentlessly and repetitively and draped in flags – that there really is no need for it to glorify anything.