Ethical journalism during the Anzac centenary

‘All is not lost: the case for ethical journalism during the Anzac centenary’, Honest History, 18 June 2015

The following is an extract from a presentation at the Canakkale-Gallipoli Wars Conference held in Canakkale, Turkey, 21-24 May 2015.

As a journalist in the company of historians I find myself in a precarious position. My Turkish friends tell me that jokes about journalists vying with second-hand car salesmen for the title of ‘least reputable profession’ translate into Turkish; too. But I hope you will hear me out, since I am here to persuade you that ethical journalism is possible during the four-year Anzac centenary. 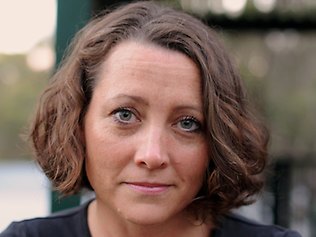 There is no doubt that some coverage of Anzac Day, by the Australian media, has been shoddy in the past decade or so. I base that conclusion on 30 interviews with Anzac Day reporters, broadcasters and commentators that I completed in 2010. The results were published in 2011. My interviewees had been assigned to Anzac Day coverage at least once, if not several times, in the previous decade and they raised a number of concerns regarding the quality of coverage.

There were some old hands – veterans of journalistic practice – who told me that the solution was straightforward. Young reporters needed to ‘get their boots dirty’: they needed to stop Googling, to get out of the newsroom and talk to people face-to-face. They needed to stop projecting a single interpretation or ‘grand narrative’ onto the Anzac story; they needed to stop ‘mining’ for quotes. Without realising it, these old hands were advocating methods consistent with ethnographic journalism, a framework for journalistic practice that is widely taught and practiced in North America, but is still largely unknown in Australia.

To people outside of journalism, ethnographic journalism sounds obvious. You approach a story with an open mind, you spend long periods of time immersed in the story you want to tell and you seek insiders’ perspectives. The reality, given shrinking resources and increasingly impossible deadlines, is that journalists draft their stories before they’ve completed in-depth investigation. As a reporter, you know your audiences’ expectations, you want to meet those expectations, you know the story-lines that ‘work’ and you use them out time and again.

The consequence is that journalism becomes formulaic. You can call it lazy, you can call it ethically irresponsible. Many journalists will argue it is simply getting the job done.

It is my belief, however, that the Anzac centenary provides an ideal opportunity for journalists to try something new. While ethnographic journalism is not suited to daily news operations, it can be applied in a longer-term context. There is an opportunity, during the four-year commemorative period, to use ethnographic techniques and explore some of the themes and debates we have heard during this conference. Many Australian journalists have grown up with the Anzac story – effectively, they have been immersed in it for years – and those who are willing have an opportunity to question and challenge their understanding through their journalistic craft.