By 1916 trade unions were pretty well established in Australia and so, for that matter, were people whose families came from Ireland. Catholics from Ireland probably tended to support the labour side in politics – though the leadership of the Labor Party did not (yet) reflect this – which meant that they were well-represented also in trade unions. These tendencies began to reinforce each other as the conscription debate gained heat and one place where this was evident was in the pages of the Australian Worker newspaper, edited in Sydney by the eloquent and fiery Henry Boote. 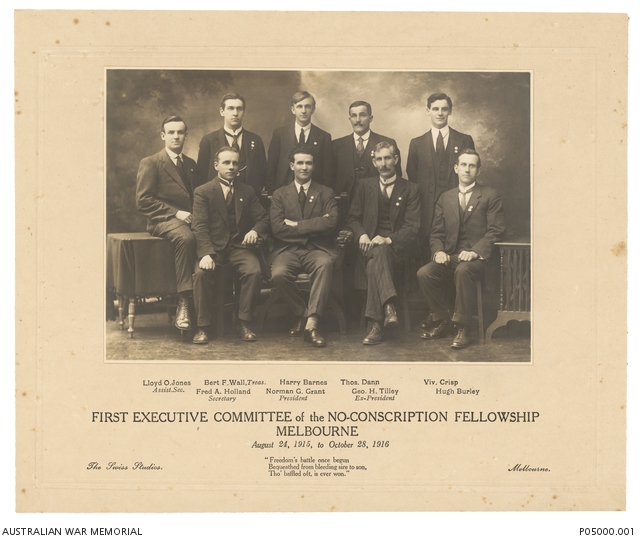 The second week of May 1916 saw the meeting in Melbourne of the All-Australia Trade Union Anti-Conscription Conference, following resolutions by a number of state branches of the Labor Party. This was still 11 years before the formation of the Australian Council of Trade Unions, so having a national meeting on this subject indicated the strength of feeling. The Australian Worker was right across the issue, as might have been expected, and had this to say in its edition of 11 May 1916.

On the recommendation of a nominee body known as the Federal War Committee, the Government has been asked to consider whether or not the curse of military compulsion should be inflicted upon the people of Australia.

The Federal War Committee is composed of five Liberal politicians and six Labor members, and when its impudent recommendation was arrived at, no fewer than FOUR of the Labor members WERE ABSENT!

Fortunately, though Labor members may prove recreant to the principles of democracy, the great mass of the workers hold firmly to their faith.

All over the country representative Labor bodies are carrying resolutions condemnatory of conscription, and affirming their determination to treat as traitors to the people all who range themselves under the Black Flag of Militarism.

[Decisions against conscription had been made in the New South Wales and Victorian conferences of the party.] …

The Labor member who abuses the power placed in his hands by the working class, and employs it for the subjection of the working class to a military despotism, stands before the bar of Democracy charged with the basest of crimes – treachery to those who trusted him.

[The real objective is not conscription but to suspend industrial regulation and do down the working class.]

That is the object of this conscription conspiracy, in which all the enemies of the workers have joined hands, from the petty back-street sweaters of women and children to the opulent, brass-fronted Trusts and the sleek war-loan Shylocks.

It is almost inconceivable that Labor members or Ministers should associate themselves with an agitation so patently anti-Labor in its genesis and its aim.

And if, on any grounds whatever, some of them do so, the Labor Movement is bound by every principle of its being to post them as BETRAYERS OF THEIR TRUST, and deal with them as such.

The Government has rejected the War Committee’s recommendation, but these plotters will not let the matter rest there.

We would urge upon every workers’ organisation throughout the continent the imperative necessity of taking action AT ONCE to foil this capitalistic plot, engineered by the most implacable adversary the toiling multitudes of Australia ever had.

No motive of patriotism need deter them. On the authority of the Minister for Defence [Senator George Pearce] the slave system of conscription would not give many more men than the free system of voluntaryism has done and is doing.

CONSCRIPTION is therefore NOT REQUIRED to beat the Prussians abroad. It is being clamored for in the interest of the Prussians in our midst – to bring Labor under the dominance of the Mailed Fist, to smash the powerful edifice of unionism we have built up, and crush the workers to the lowest level of servitude.

The backwash from Ireland – and the Wobblies

Tom Barker of the IWW was convicted for distributing this poster (IWW.org)

The rest of the issue of 11 May had much detail of Labor resolutions against conscription. There were speeches against the curtailment of freedom of speech. Tom Barker and Ken Leslie of the Industrial Workers of the World had just been imprisoned for offences against the War Precautions Act. There was anger also at the executions of the rebel leaders in Ireland:

They ought not to have been shot. To kill men in hot blood is one thing; to destroy them in cold blood is another.

We hate to think of those rebel leaders being taken out of their cells in the grey Irish mornings, stood up against a wall, and deliberately slain by a platoon of soldiers firing a volley at short range.

There is something so villainously cruel about it. We cannot associate such an act with the holy principle of justice. We refuse to believe that the people of Britain desired it …

The plea of the public safety could no longer be raised to justify legal violence. The rebellion was crushed. The fire was so thoroughly stamped out that there was no possibility of any sudden gust of revolutionary fury fanning it into a blaze again.

The time for a terrible example had gone by. The exercise of clemency towards a beaten foe would have had a more quietening effect, upon any elements of smouldering revolt that might remain.

While the early reaction among Irish-Australians to the Easter Rising had been mixed, the executions hardened attitudes and added to the anti-conscription mix, at the same time as the attempt to introduce conscription in support of a war led by Britain solidified the feelings of many Irish-Australians against London.

In the same issue of the Australian Worker there was news that Australian troops had just arrived in France.

The Australian Prime Minister, Mr Hughes [who was in Europe], when interviewed, hailed with satisfaction the announcement of the Australians’ entry to the western theatre of war. He said he felt perfectly confident that the troops would repeat in France their deathless achievements of Gallipoli, which had raised his countrymen to the highest pinnacle of renown.

Other articles in our series ‘Divided sunburnt country’ may be found here. See also an article about the impact of Irish tensions in rural Gippsland. 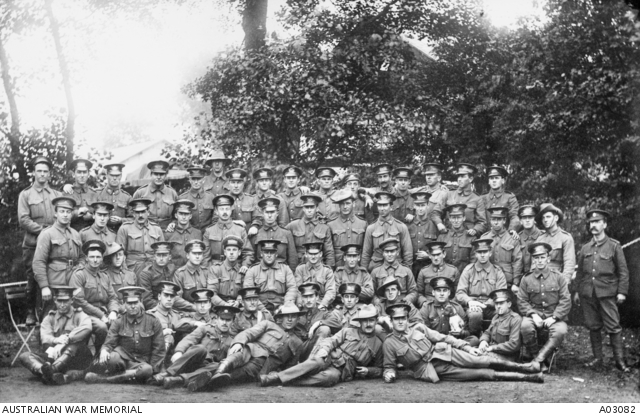 Australian Mechanical Transport, the first Australian unit to arrive in France, photographed in England, just before its departure for France, 1916 (AWM A03082)