We have made use previously in this series and elsewhere of the thoughtful and forensic work of Phil Cashen of Yarram, Victoria, on the Shire at War blog. This work offers a microcosm of how the Great War affected people at home – home in this case being the Shire of Alberton around Yarram in Gippsland.

Recently, Shire at War looked at some of the local politics surrounding recruitment in the first half of 1917, after the defeat of the conscription referendum the previous year. The report is in two parts, here and here. Look particularly for:

Sergeant Fozard was a featured speaker at the Yarram meeting:

What a terrible blow the war had meant to different homes and families, where the chair of the son, and often the husband, was vacant and the children were left without a father. Behind this cloud, however, there was a silver lining, as those who had fallen had proved themselves to be true Britishers, and died in the noblest of all causes …

What must the lads who were there think of those who were taking advantage of worldly pleasure day after day, and doing nothing to help in winning the war? … Equality of sacrifice was also badly needed in this struggle and it was not fair that some families should bear all the burden and the others none of it. 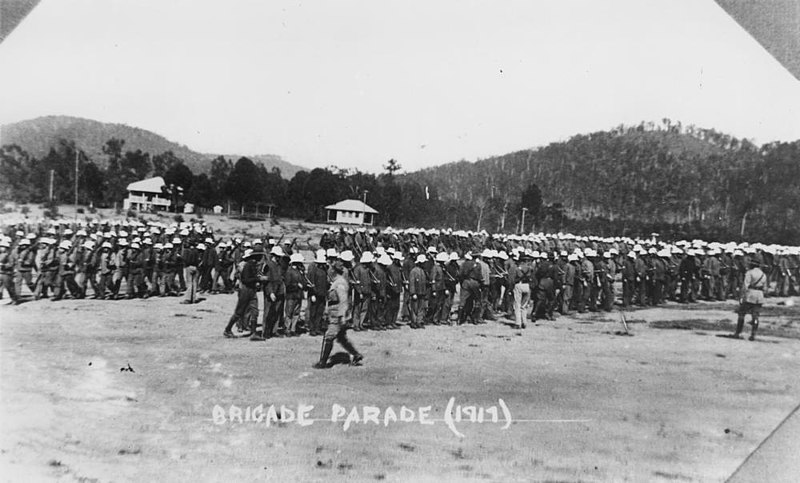 What the Yarram recruiters were hoping for, but this was in Queensland: recruits at Enoggera reception camp, January 1917 (Wikimedia Commons/SLQ)