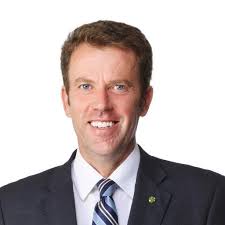 The Honourable Dan Tehan, formerly Minister for Veterans’ Affairs, Minister for Defence Personnel, and Minister Assisting the Prime Minister for the Centenary of Anzac, and for Cyber Security, has been promoted to the job of Minister for Social Services and becomes a member of Cabinet. This was part of the ministerial reshuffle announced today. PM’s media release. PM’s press conference.

The new Minister for Veterans’ Affairs and Minister Assisting the Prime Minister for the Centenary of Anzac is Riverina Nationals MP, Michael McCormack, who was previously Minister for Small Business, and also was minister responsible for the 2016 census and, more recently, as minister in charge of the Mint, for the launch with Minister Tehan of some Beersheba commemorative coins. Mr McCormack says he has three defence bases in his electorate and lots of defence personnel. (He will also be Minister for Defence Personnel.)

Mr McCormack also says he looks forward in 2018 to ‘a lot of special events locally, across the nation and around the world’. Travel well, Minister – and congratulations. The new Minister also faces a decision on the Directorship of the Australian War Memorial (unless Minister Tehan clears that one before he leaves).

There is an unofficial ministry list in The Australian, which we will check against the official list when available. The unofficial list does not mention the centenary of Anzac but we will take Mr McCormack’s word for it. The same slip happened at a previous ministerial reshuffle, possibly the one in 2016. (The PM’s media release says this: ‘Michael McCormack will become Minister for Veterans’ Affairs and Defence Personnel and will assist me in this final year of the ANZAC centenary’. Sounds conclusive.) Update 20 December 2017: the official list definitely shows Mr McCormack as ‘Minister Assisting the Prime Minister for the Centenary of ANZAC’ [sic].) 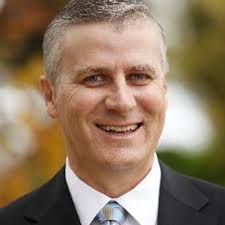 Honest History preferred Dan Tehan as Centenary of Anzac minister over his immediate predecessors, Stuart Robert (didn’t stay long but while there lacked the discipline to avoid playing silly buggers with critics on Twitter) and Michael Ronaldson (weirdly bloodthirsty regarding the need for children to anticipate a future defending their country – and stubbornly unable to take friendly advice that he had his decimal point in the wrong place).

Minister Tehan got unnecessarily hot under the collar regarding the Vietnamese attitude to the 50th anniversary of the Battle of Long Tan. On the other hand, he has seemed a little uncomfortable about his inherited role as minister for the grandiose Monash museum in Villers Bretonneux. Wearing his Veterans’ Affairs and Defence Personnel hats, he has done good work on veterans’ mental health and employment. (The Prime Minister complimented him on his work in Veterans’ Affairs.) We wish him well.