There has been a lot of discussion recently about whether one side of politics is trying to wedge the other on national security issues. For example, Jack Waterford in Fairfax:

There has been nothing subtle about the innuendo that Labor is unsound, weak, or all over the shop, on national security questions. Shorten, obviously, is the man Islamic State would prefer to be in charge. Only the coalition can be trusted to deal properly with the challenges. The elaborated argument might concede that the Labor leader might himself have the right sort of reflexes on the subject, but that he is hostage to a pinko snivel-libertarian Labor left. 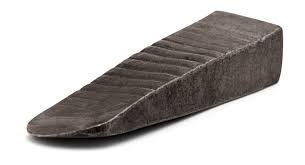 None of this is new, of course. Everyone knows of Andrew Fisher’s ‘last man and last shilling’ undertaking during the 1914 election campaign as Joseph Cook’s Liberals lurked, looking for Labor defence unreliability. Douglas Newton calls Fisher’s remark ‘an effort to counter his party’s vulnerability’ and ‘a headline-grabbing commitment on behalf of Labor in order to gain a measure of political safety’.

Fisher wished to protect himself from the “Union Jackals” who had bellowed “disloyalty!” at him in 1909 over his reluctance to fund the gift of a Dreadnought [battleship] to Britain, and in 1911 over his notorious interview with W. T. Stead [where Fisher had suggested there might be circumstances where Australia might not join Britain in a war]. (Kindle locations 1937-39) 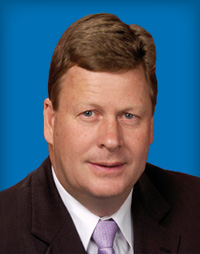 A minister (Liberal Party of Australia)

A century later, if it is true that there has been briefing material circulating on the Government benches about the finer points of wedging Labor, we wonder whether it included a section on ‘commemoration wedging’. We have already drawn attention (Update 9 June) to Minister Ronaldson in Senate Estimates taking Labor’s Senator Alex Gallacher to task over what the minister characterised as Labor’s lukewarm support for the $100 million Monash Interpretive Centre at Villers-Bretonneux. Here are some more highlights of that late night discussion:

Senator Ronaldson: I do not know how anyone could possibly say that we should not be commemorating that service and sacrifice named after a quite remarkable Australian so that when you and I are gone, Senator, our kids and our grandkids understand what this is, because it is they who will be carrying the torch of remembrance. It will not be you and me. We will be long gone. But our kids and grandkids will. We see this as an extremely important part of that legacy and reminding them of what has been given to us by those who made the ultimate sacrifice for this nation.

Senator GALLACHER: I accept your position, Minister, but surely you are not suggesting that this very fine proposal should be exempt from parliamentary scrutiny at estimates?

Senator Ronaldson: No, Senator, I am not saying—

Senator GALLACHER: That is all we are doing, Minister. We are not going to try and play politics here. There are prudent and perfectly rational questions to be asked, and all I would like to do is be given the opportunity to ask them and have an answer.

Senator Ronaldson: But why don’t you just say to—

Senator GALLACHER: Can I ask my questions?

Senator Ronaldson: But why don’t you just say to me, “Look, we support this project, but we’ve got some questions about it”? The trouble is that you—

Senator GALLACHER: I do not think we said anything different.

Senator Ronaldson: So you do support it?

Senator GALLACHER: I have not said anything different.

Senator Ronaldson: You do support it then, do you?

Senator GALLACHER: I have said it is an eminently good proposal—

Senator Ronaldson: But do you support it?

Senator GALLACHER: but I am not agreeing that it should be exempt from parliamentary scrutiny.

Senator Ronaldson: No, but I am quite comfortable with parliamentary—

Senator GALLACHER: I do not need to go down that—well, the chair can make his decision.

Senator Ronaldson: I am quite comfortable with parliamentary scrutiny, but you have to say whether you do or do not support it. If you say, “Yes, we support it, but we’ve got some questions,” then my door is open every day of the week for the shadow minister to come, and I will answer every question he has.

Senator GALLACHER: With respect, Minister, we do not have to say anything of the sort.

Senator GALLACHER: We do not have to say anything of the sort. There is a proposal before estimates, and it will go before the Public Works Committee. I think any senator in the parliament is entitled to ask questions in accordance with estimates procedure and protocol, and that is what I am trying to do. So was there any—

Senator Ronaldson: Everyone listening to this, Senator, will draw the conclusion that you do not support it. (pp. 114-15) 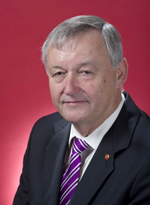 As Senator Gallacher noted, the Parliamentary Standing Committee on Public Works will be holding a public hearing on 26 June about the Monash Centre. There is only one submission, from the Department of Veterans’ Affairs. Honest History will try to get along to the hearing.

Wedging in the political sphere is usually defined in terms of using an issue to cause division among one’s opponents or in the community. The Public Works Committee is traditionally about bricks and mortar and nuts and bolts and costs and benefits. Sometimes it might even get down to the detail of the use of wedges in buildings. This hearing may witness some more commemorative wedging. Meanwhile, we’ll be on the lookout for flying wedges, wedgies, choc wedges and even wedge-tailed eagles.

Later material on this subject