Update 22 April 2016: Glorifying the Anzac myth and our attitudes to violent men

Nick Irving in Junkee reminds us that soldiers commit state-sanctioned violence and asks whether this is linked to violence against women.

Historian Douglas Newton asks four questions, the most telling of which is about the nature of the Anzac spirit. It was essentially about egalitarianism yet today’s Australia is marked by conspicuous inequality and policies that perpetuate it.

Small collection of news and comment, including the suggestion that terror threats and refugee issues will cut numbers at Gallipoli.

A note about a new book, ostensibly on the Boer War but which effectively nails Australia’s tradition of belligerence (with a minimum of thought when it comes to decisions to go to war). Reynolds also questions the current commemorative activity in relation to both the Great War and the Boer War.

Update 14 April 2016: Is Australia spending too much on the Anzac centenary? (a comparison with France plus a note about spending politics)

Romain Fathi compares our commemoration splurge with France’s more modest effort and wonders about the difference. There is also a note about the political sensitivities of coming clean on exactly how much Australia is spending.

Update 13 April 2016: Keeping up with the Anzac centenary: have we passed ‘Peak Anzac’?

Reports two speeches to the Professional Historians Association (Victoria) by Carolyn Holbrook of Monash University and Deborah Tout-Smith of Museum Victoria, along with notes of three events late last year. Ms Tout-Smith’s commentary on the inappropriateness of some museum practices is particularly interesting.

Honest History president, Peter Stanley, kicks off these seasonal reprises with his speech to the Gallipoli Club in August 2013. We’ll have four more from the vault before Anzac Day. Even as ‘Peak Anzac’ passes we think it is important to stay focused on achieving balance in our history.

National Folklore Conference paper from Tony Smith on music pro and con the Great War and some thoughts about dissent against Anzackery today.

David Stephens talks to Adam Shand about commemoration and travel to Turkey.

New research shows the number of New Zealand troops serving at Gallipoli was about twice what has been accepted for the last 100 years (and the casualty rate consequently about half what had been previously thought). Perhaps this important breakthrough will encourage Australia to look again at some received ‘wisdom’ in military history.

Penny Edwell reports on the First World War Commemoration and Memory Conference at IWM North, Manchester. The conference raised many of the issues that have been exercising Honest History, including parochial perspectives, the way emotionalism is driving interpretation and the confusion between remembrance and history.

Meanwhile, at home, Ministers Tehan and Birmingham announced the winners of the Simpson Prize for Year 9 and 10 students. This year’s topic asked students to consider the prominence of the Gallipoli landing in the Anzac story and what other events or experiences should get more attention. Honest History did a comprehensive analysis of the Simpson Prize 1999-2014.

Samuel Johnson wearing his lexicographical hat would have loved this. It is an example of how an essentially superfluous term (‘situational awareness’ means ‘knowing what is going around you’ but it sounds more impressive) coined in a technical environment gets trotted out in other – situations! – to mean something rather different.

We reported two years ago how Brigadier Andrew Nikolic (ret’d) MP accused the ABC of lacking situational awareness for broadcasting during the Anzac centenary an item that included a remark from Honest History president Peter Stanley about Australian soldiers’ anti-social behaviour in Cairo a century before. Not long after that, other Honest History representatives received a lambasting in the executive suite at the Australian War Memorial for, again, lacking situational awareness, that is, for asking awkward questions about Australia’s war history during the centenary. In both cases, we defined ‘situational awareness’ for ourselves as ‘conformity of opinion with a forcefully expressed received view’. 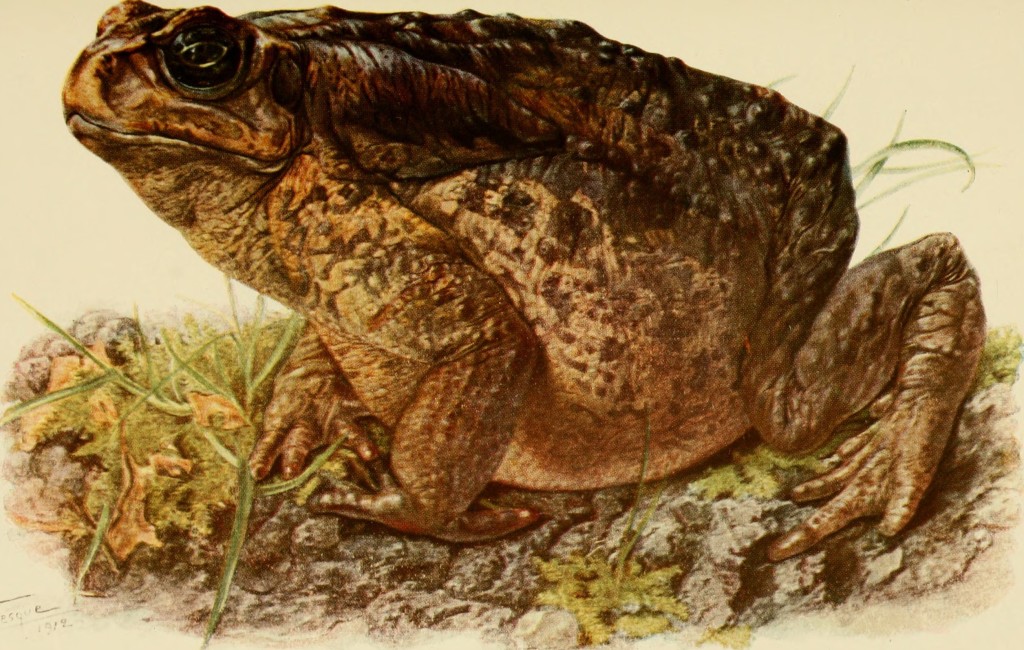 The term ‘situational awareness’ continues to migrate like the cane toad or the prickly pear, though it does not always carry the shade of meaning set out in the previous paragraph. Brigadier Nikolic would have found the concept useful, for example, when he was a Government Whip: knowing which members are where is crucial to the task of getting them in the right place to vote or speak at the right time; there would have been systems in place also to make sure members knew what they were voting on. Now that the Brigadier is chair of the Parliamentary Joint Committee on Intelligence and Security he will be situationally aware of things about which he cannot possibly make us citizens aware. (Another comment.) He eased himself into his new job by arguing that threats to national security were such that civil liberties concerns were redundant.

Now the situational awareness cane toad has hopped onto the desk of the prime minister, though we suspect his lines this time were written in the Defence portfolio. Introducing the Defence White Paper, the PM pointed to three key elements of the government’s program:

It is a program:

There it is again! And, given the link between the situational awareness cane toad and intelligence, we can expect Brigadier Nikolic’s committee to be right in there pitching. Although they won’t be able to tell us what they are doing and what they are seeing. We feel safer already.

The above-mentioned Samuel Johnson would have grasped instantly what ‘situational awareness’ was all about.

Brandzac is getting into gear as we approach Anzac 101. A French website, Teezily, was advertising a t-shirt bearing Laurence Binyon’s ‘At the going down of the sun …’ words on one side and ‘Lest we forget’ and a poppy on the other. The link to the advertisement included the word ‘Anzac’ although the design itself did not. The designers of the t-shirt were almost certainly Australia-based though the location of the website offshore makes application of Australian law regarding protection of the word ‘Anzac’ problematic.

Teezily has taken the advertisement down after approaches from Honest History and the Department of Veterans’ Affairs.

While the company isn’t Australian [DVA advised] they act as a web portal for users around the world to produce small batches of shirts. We’ve had success having items such as this removed in the past from this and similar websites because the users who submit Anzac designs are most likely based in Australia or New Zealand. As you might imagine, companies with this kind of business model generally take a very hard line on copyright/trademark infringement, and move quickly to remove unapproved content.

Readers coming across such advertisements can advise DVA: usewordanzac@dva.gov.au. Update 23 March 2016: DVA advises that it is unlikely that any Anzac t-shirts or products on websites like Zazzle, Teezily, Teespring, etc. do not have permission to use the word ‘Anzac’. 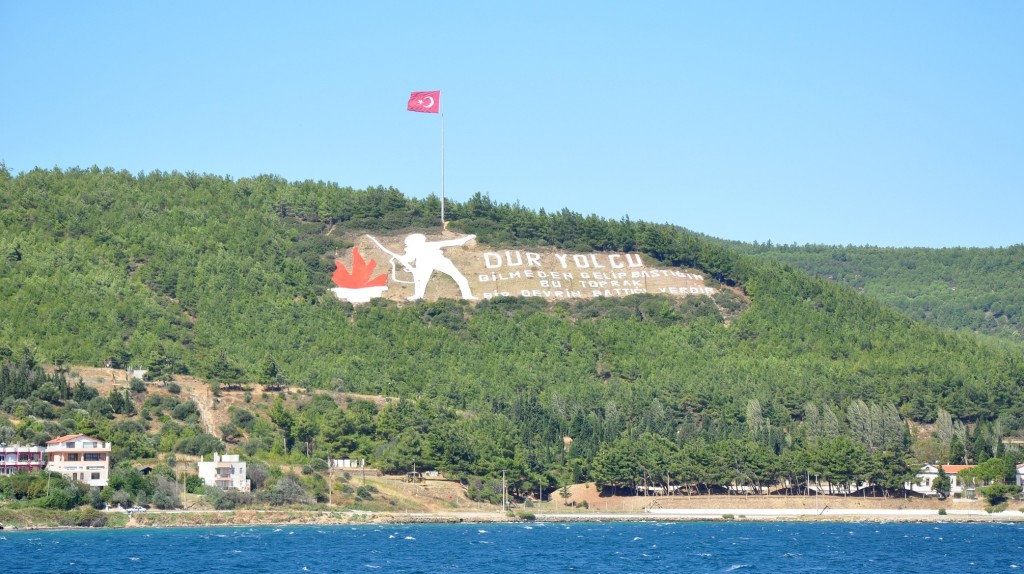 Honest History’s distinguished Turkish associate, Cengiz Ozakinci, has written about the first Turkish commemoration of the Ottoman naval victory in the Dardanelles on 18 March 1915. This ceremony occurred on 18 March 1934 at Canakkale. The translations from Ozakinci’s Turkish reveal no evidence that those present in 1934 included Sukru Kaya, the Minister for the Interior, yet some sources, including the website of the Turkish Embassy in Canberra, give this date and this occasion as when Kaya spoke the words given him by Ataturk that commence ‘Those heroes that shed their blood …’. We still await an explanation from the Embassy for this anomaly; we first asked them about it more than a year ago.

Despite the doubts about their provenance, these ‘Ataturk words’ have become a central part of official and semi-official Anzac commemoration in Australia and Turkey over the last 30 years. Our article at the link above suggests that some other words of Ataturk – ‘Yurtta sulh, cihanda sulh’ (‘Peace at home, peace abroad’) – are more worthy of note.

Australian commemoration always has a special place for representatives of Turkey, the modern heir of the Ottoman Empire, against whom the Empire fought a century ago, ostensibly for ‘Freedom and Honour’ (the words on the King’s Penny or Dead Man’s Penny handed out by King George V to bereaved families). Today’s Turkey is rather in turmoil as 1845 cases are being prosecuted for insulting President Erdogan. The relevant law dates from 1951 and began as a law against insulting the memory of Ataturk. A 2014 case.

In related news, Turkey’s largest newspaper, Zaman, has been taken over by the government. Zaman also publishes in English and has an office in Australia.

Soldier On and the rorts of Picardy

The prime minister opened a new reintegration and recovery centre for the charity Soldier On, a worthy cause for which donations are recommended. The prime minister tweeted that ‘[w]e best honour the memory of the veterans of 1916 by caring for the veterans of 2016’. Yep. Strange then that we are still spending $100 million on building a whizzo museum in France to honour the memory of soldiers who died nearly a century ago. Politely killing off that rort and diverting the money to projects like Soldier On’s would have raised a hearty cheer from recent veterans. (They’ve said so.)

News media report that the wealthy state of Western Australia is having trouble funding Anzac Day services. State RSL president (and Vietnam veteran and Australian War Memorial Council member) Graham Edwards said Anzac Day ceremonies state-wide cost about $1.5 million each year, of which about two-thirds comes from Lotterywest. The RSL and contributions in kind from volunteers make up the rest. There was a risk that Anzac Day was being priced out of WA, Mr Edwards said. Perhaps some of the Picardy money (previous item) could be siphoned off and sent Perthwards.

Honest History has always been interested in war propaganda directed at children. We were appalled by Audacity, disturbed by Hands on History and tore strips off Anzac Ted (a book intended for three-year-olds and upwards). We would gladly demolish the Discovery Zone on a spare weekend and we have been critical of the War Memorial’s obsession with having children ‘connect’ with dead soldiers. We endorse James Rose’s word ‘imprinting’ as a description of these efforts; we detest them although we are used to them.

Despite all of that, we were still surprised by this photograph of one of the education gigs at the Memorial (‘Cobbers’ Tales‘, advertised as ‘[s]uitable for pre-school to foundation school students’. How old are those children? Two? Three? To put that example of ‘connecting’ in perspective, we found a photograph of some children who had really connected with war (graphic image warning). 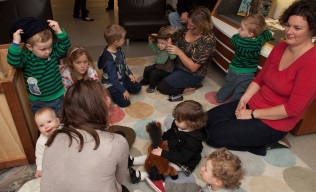 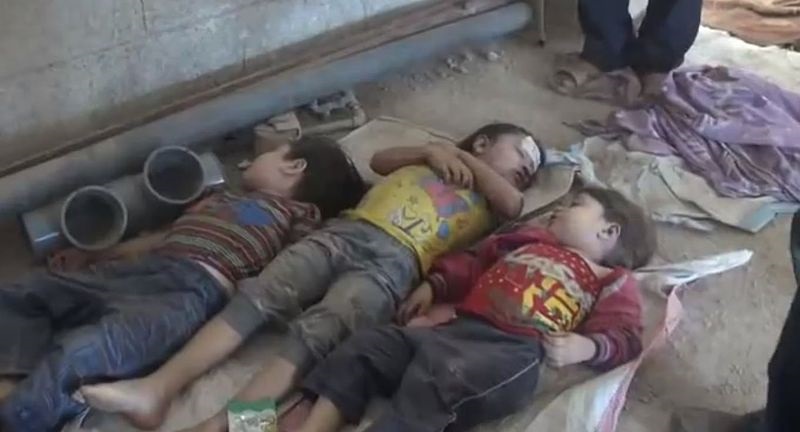 Historian of science, Jacqueline Bird, traces the twenty-year story of the writing and rewriting of the impacts of the Agent Orange chemical defoliant on Australian troops in Vietnam. It is a long read but an object lesson in how history is never just a matter of setting out ‘the facts’. And Australia’s Agent Orange story is just part of a much larger story that has been lived by the people of Vietnam for 50 years.

John Brookes comes at commemoration from a different angle. He shows how nationalism is a politically constructed discourse intended to delineate and reveal a community to itself. The rise of Anzac in Australia in the last quarter-century – including its overblown version, what Honest History has called ‘Anzackery’ – has been a product of nationalism.

The Australian Parliamentary Library has some resources on members and senators who put on the King’s uniform during the Great War. The resources include a list of the 119 men and posters with photographs and short biographies of 18 of them. Could be a useful asset for schools; it is not war propaganda.

Elsewhere on the site you will find reviews of Connor, Stanley and Yule on the Australian home front during World War I and of the Walsh-Varnava collection of papers from a Singapore conference two years ago on aspects of Australian experience during that war. Both the books and the reviews are highly recommended.