[Links checked 26 October 2017 and some were found to be broken, due to removal of material from websites or simply the passage of time. Honest History may be able to help users track down resources. Please contact admin@honesthistory.net.au. HH]

The centenary of World War I is being recognised in more than fifty countries, from France to New Zealand, Australia to the United States and Canada. The nature of the commemoration is likely to vary considerably from country to country, as is the attention being paid to it by governments and people. 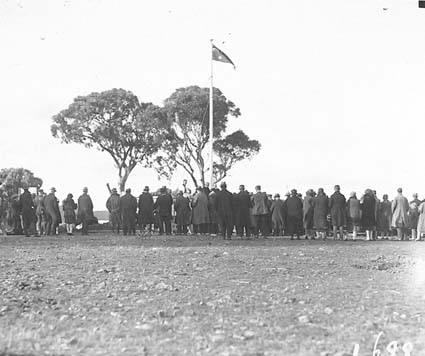 Honest History has done some research (illustrated) on the commemorative program in the United Kingdom, which is considerable but costing less in absolute and per capita terms than what is planned for Australia. As we research other activities overseas we will provide information about them.

We will also keep track of media comment on centenary activities. These items can be accessed through  ‘Click here for all related items’ at the foot of this post. Honest History’s first impression is that, compared with other countries, Australia is doing commemoration on a lavish scale, with our efforts building on the earlier work of the Department of Veterans’ Affairs (DVA) to mark the successive anniversaries (75th, 90th, and so on) of the Gallipoli landing.

Former Prime Ministers Fraser and Hawke jointly chaired a commission to work out how best to commemorate Anzac and this work expanded to take in the commemoration of the Century of Service of our armed forces. Today, the Australian Government’s efforts are led by the Anzac Centenary Advisory Board (ACAB), chaired by former Chief of the Defence Force, retired Air Chief Marshall Angus Houston.

As has been the case with many activities of government in Australia, our federal system tends to lead to activity which looks suspiciously like duplication; there are commemorative operations under way in at least New South Wales (chaired by another former CDF, retired General Peter Cosgrove), Queensland and Victoria.

There is plenty of money around also, with the estimated Australian Government budget amounting so far to more than $140 million. (The Coalition Government has announced additional expenditure on this program, known as the Anzac Centenary Local Grants Program or ACLGP.) Each Federal electorate – there are 150 of them – is to receive up to $125 000 (following the increases) to fund local commemorative activities, with community proposals to be considered by committees chosen by local MPs and including representatives of ex-service organisations, educational institutions, museums and local government.

Decisions will be made by the Minister on advice from DVA. According to the ACAB website, eligible projects include: 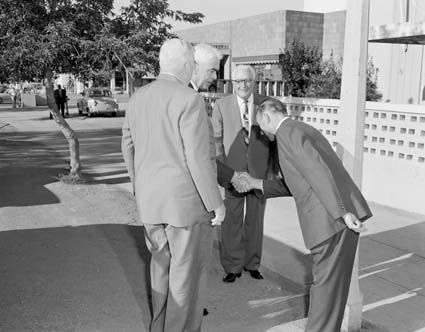 Viscount Dunrossil’s [then Governor-General] first public function, 1960 [opening RSL national offices]. The national secretary of the RSL, Mr K Newman, being presented to Viscount Dunrossil, after the ceremony. At left is the Prime Minister, Mr R Menzies, and centre is the national President of the RSL, Sir George Holland (source: National Archives of Australia 11223205, A1200; photo: W Pedersen)

DVA proper continues to be active in other areas of commemoration, particularly targeting schools, and this will presumably be stepped up during the centenary. Informal advice to Honest History from DVA is that schools’ demand for DVA material is increasing. Honest History met with DVA senior staff in October 2013 to explore opportunities for complementary activity.

The Australian War Memorial (AWM) is also putting a big effort into World War I commemoration, particularly by restoring the Great War galleries at a cost of $32 million ($27 million coming from the above $140 million and the rest from the AWM’s reserves). Honest History is in contact with the AWM regarding its commemorative efforts.

Other national cultural institutions in Canberra will be developing exhibitions to mark the centenary, as will state institutions such as the Shrine of Remembrance in Melbourne. Honest History will put links in place to each of these programs as we research them.

The Anzac Centenary Public Fund has been launched. The chair is Mr Lindsay Fox. According to the joint media release from the Prime Minister and Minister Ronaldson on 12 December 2013:

It will be a time to remember those who left our shores to serve their young nation abroad – those whose bravery on the beaches of Gallipoli created the Anzac legend and those who fought on the Western Front and now rest beneath its fields. It will be a time to commemorate those Australians who have fought in all conflicts since.

A number of commentators have written about the impending commemoration period: for example, Ray Cassin in Eureka Street, James Brown in Anzac’s Long Shadow and the reviewers of Brown’s book. In summary, Honest History will try to keep track of at least some of these events at home and abroad with three questions in the back of our minds: