Census results: 45.5 per cent of us had one or both parents born overseas – but does the Anglo-Celtic narrative still dominate?

The Conversation has a comprehensive coverage of the results of the 2016 Census (six articles from this week, plus earlier material), released yesterday. The Census website goes into further detail. There is also a video on the Guardian Australia site and and a set of articles linked from here.

For us, the most interesting statistic was this: 45.5 per cent of Australians had one or both parents born overseas (compared with 47.3 per cent who had both parents born in Australia). There were statistics also on the ethnic and language break-up of parts of our cities. The ABC’s 7.30 covered this. See also ABC News and again ABC News in a nice graphic presentation. ‘We are becoming, very broadly, less Anglo and more Asian’, summarised analyst Rebecca Huntley.

Yet, despite this diverse reality, our governments still look conspicuously Anglo, as do (to take two more examples) ‘the big end of town’, and the faces on commercial free-to-air television. It seems pretty clear that these corners of Australia 2016 do not reflect our ethnic make-up.

Meanwhile, down in the nether regions, groups like Reclaim Australia rage against what they see as the threat to old, white Australia: Reclaim Australia’s Facebook page (80 522 likes) took particular note of the Census results. Some commentators have seen the Anzac centenary as the last hurrah of an old Anglo-Celtic, white, blokey Australia. (Joy Damousi’s chapter in The Honest History Book is relevant to this point.)

To see how official Australia tries to resolve some of these contradictions between diversity and the dominant narrative, we looked again at the Australian government citizenship discussion paper, Strengthening the Test for Australian Citizenship (April 2017) and found this (with emphasis added):

We are the most successful multicultural society in the world, united by our allegiance to Australia. We define ourselves and our nation by our commitment to the fundamental principles of allegiance to Australia, integration and unity, and to the Australian values of democracy, freedom, the rule of law and equality of opportunity – a “fair go” for all.

Since 1945, more than 7.5 million people have come from all corners of the world to make their life here. And they have added their own identity to the extraordinary project that is modern Australia … Together we have built the modern and prosperous Australia we are today, with our shared values, rights and responsibilities.

We will continue to welcome migrants – irrespective of race, colour, national or ethnic origin – who embrace our Australian values and laws, and who seek to contribute to, rather than undermine, our society.

So, immigrants add their ‘identity’ but have to commit to ‘Australian values’. They are expected to ’embrace’ these values, and then we can all of us – new and old – ‘share’ them. Has the list of values been closed off, then? Are there not some immigrant values that could be worked in, perhaps those deriving from dharma from the Indian religions or satyagraha (non-violence) from Gandhi, or values that emphasise community or the relationship with country, as with South Sudanese immigrants and their relationship with the River Nile and the savannah?

Indigenous Australian values emphasise country but do not feature in the official Australian list of 2017 or in the official discussion paper. Indeed, the list of values looks much as it would have 70 years ago, before 7.5 million people came here from overseas, and well before we began to count Aboriginal and Torres Strait Islander peoples in the census. (See also this earlier post and the links from there.)

Gwenda Tavan, in her chapter in The Honest History Book, suggests a reason for this anomaly (emphasis in original):

Successive generations of politicians and community and business leaders have paid lip-service to the important contribution of immigration to the development of the Australian nation-state while simultaneously reminding us that the best marker of immigrants’ success is their capacity to become invisible, through absorption into the national community.

‘Give us your identity, contribute to Australia, don’t undermine us, but accept our Western liberal values.’ Is this the message Anglo-Celtic Australia and its government are putting to immigrants? Can the message remain the same as Australia’s ethnic composition continues to change? At what point does that set of values become inadequate and incongruous?

We cannot allow this terrorism and extremism to spread in our country or to find sanctuary on our shores or in our cities. We want to make sure that anyone who seeks to join our country shares our values and has the capacity to love our people. 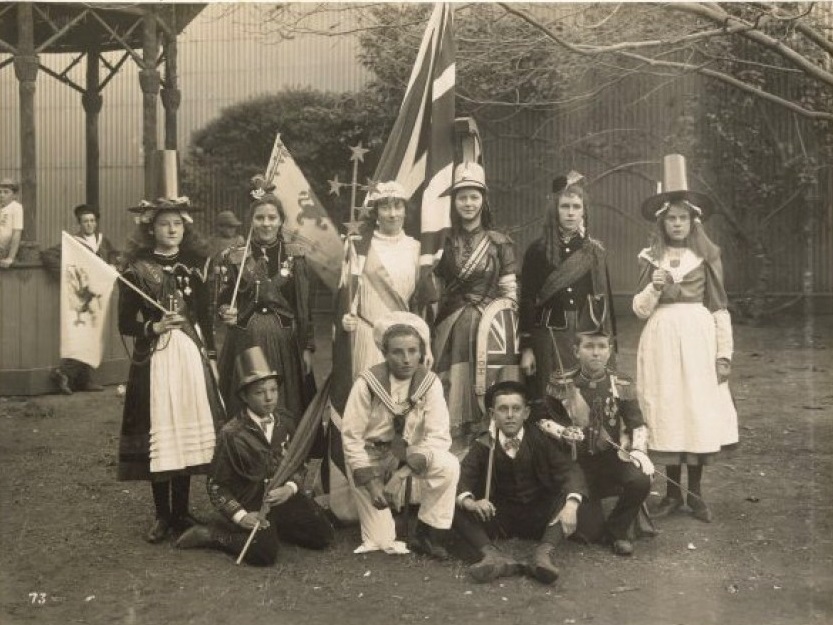