Buckley contests the view that Adam Smith argued ‘that unalloyed selfishness aimed solely at the maximisation of production, trade and profit is in the best interests of all, hence laudable, fully justified’. Buckley looks closely at Smith’s work and goes on to range widely over the causes of war, threats to the environment and world poverty. He concludes: 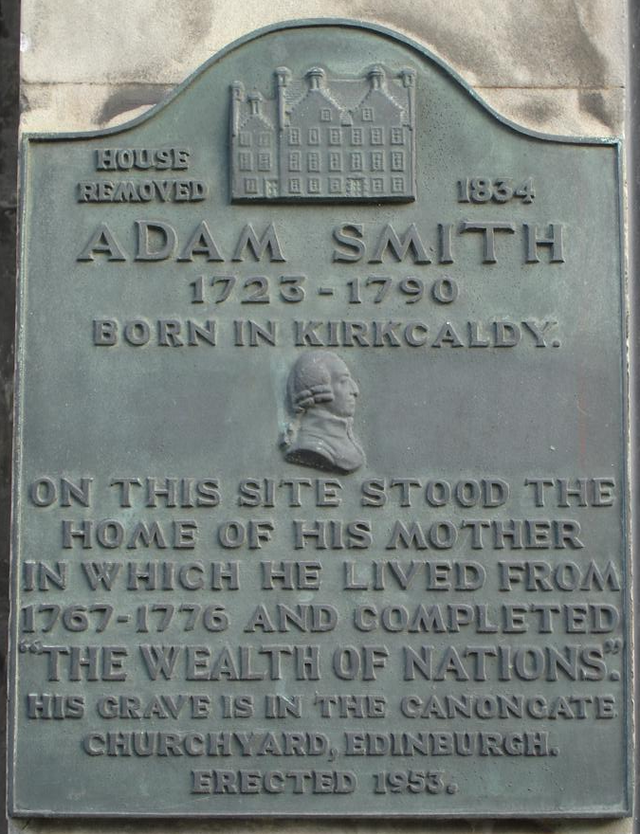 Only a very well thought out remodeling of the world’s economic features can remedy our present predicament. While any attempt even to outline such modifications is beyond the scope of this essay, one can mention three aspects.

First, a prime requirement of major significance. The vast majority of the world’s poor, the dispossessed who presently lack even a secure means of subsistence, urgently require fair access to land, water, seed and “microfinance” sufficient for their families to become stably self-sufficient, and thus also able to trade any surpluses. Without that they are destined for the most miserable of existences. Fully deserving of urgent priority, this humane justice measure could also begin their integration as actively trading participants in a just world economy …

Secondly, in very broad terms the world’s trading/finance systems urgently need far-reaching reforms to enable Adam Smith’s concept of fair-trading to become effectively self-regulating. That is to say, free trading without undermining interference from “get-rich-quick” sectors gaining special advantages via governmental, legal, and other contrived “positions of strength”. For example, via monopolies, oligopolies and a variety of unfair treaties/contracts, – as well as all forms of shadow-bank un-backed credit finance practices that allow grossly unfair gain by way of unsustainable investment “bubbles”. In short, through all practices which have long subverted the still urgently-needed “level playing field” advocated by Smith.

And thirdly, to restore our alarmingly undermined environment on which we and the rest of the biosphere depend for our/their survival and well-being, ways have to be found to include in all economic reckoning and future planning, the true value of all so-called economic “externalities” (weather, air, water, oceans, soils, forests … )

For more on Adam Smith.

Print This
Click here for all items related to: Australia's war history, The land we live in, The sweat of our brows