Broinowski, Alison: Unreliable protection from unnecessary enemies: Scappatura on the US Lobby and us

‘Unreliable protection from unnecessary enemies: Scappatura on the US Lobby and us’, Honest History, 25 June 2019

A blast of fresh air blew through the Australian policy tent in 2014 when Malcolm Fraser published Dangerous Allies. Generations of Australians have been brought up to believe that the American alliance guarantees our security, but Fraser argued it is the alliance itself that endangers Australia. Ministers have enthused about the values we share with our American ‘cousins’, but Fraser pointed out that such kinship will count for nothing when Australia needs help that the United States doesn’t want to give.

Australia has been called, by numerous authors, frightened, anxious, afraid about security, and fearful of abandonment, but Fraser showed that entrapment by our ally is a worse threat. Australia keeps trying to engage with Asia, but Fraser pointed out that the US imposes its Asian enemies on us.

Instead of inhaling a bracing breath and devising defence and foreign policies to deal with new realities, Australians closed the tent flaps and went on dreaming that nothing would change as long as we ‘keep the US involved’ in the region, even while we were sleepwalking towards more US wars. John Howard told us to be alert but not alarmed; equally ambiguous, Rory Medcalf at the Press Club in 2017 advised Australians ‘don’t panic, don’t relax’.

From 2001, successive White Papers debated Australia’s alliance responsibilities, their cost, and how far around the world they extended, but not their legality or outcome. Howard used ANZUS, a powerless treaty, to lock Australia into the endless US ‘war on terror’. We don’t have to choose between the US and China, we were told. But China, Australia’s largest trading partner, has become our unacknowledged enemy because it challenges US hegemony.

The Alliance remains indispensable and unquestionable, always because it supposedly delivers us privileged access, to leaders in Washington, to intelligence, to military hardware and training, and to defence of Australia. Against what? Against thinking for ourselves.

Few Australians have taken up Fraser’s assertion and challenged this rubbish. In politics, government, the Australian Defence Force, the media, most think tanks, and even universities, to identify the bleeding obvious leads to a short career. Marginalisation happens to those who point out that alliance integration has dragged Australia into illegal, unwinnable wars, that US bases make Australia a nuclear target, that US drone strikes are coordinated from Australia, and that force interoperability with the US diminishes Australia’s policy independence to zero.

Few dare to call the threat from China exaggerated. Even fewer acknowledge China’s view, that Australia is itself a US base.

But Vince Scappatura does. His book, The US Lobby, is the latest of three recent publications which let some oxygen into our stifling policy space. Another is a 2011 research paper by Dr Albert Palazzo of the Directorate of Army Research and Analysis, obtained under FOI by Fairfax journalist David Wroe in 2017, recalling that Howard joined George W. Bush’s invasion of Iraq solely to strengthen the alliance with the United States, at minimal cost to Australia, and that an aid delivery by RAAF C130 to Baghdad was staged for domestic political and electoral effect. A third is Clinton Fernandes’ Island off the Coast of Asia (2018), analysing how Australian governments, backing the longstanding imperialist agenda, use their ‘clout’ – that includes diplomatic, military, and intelligence operations  ̶  to provide an ‘open trade environment’ and deliver advantages to private enterprise. Scappatura acknowledges Professor Fernandes’ support of his PhD research at Monash University, and the influence of his views. 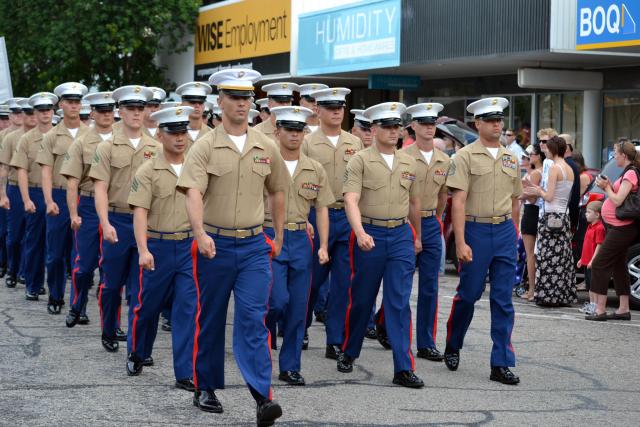 ANZUS, Scappatura proposes, was always a means to secure access and influence in Washington, which was sold to Australians as protection against a re-armed Japan and a guarantee of Australia’s defence. It followed that American control of Asia became Australia’s post-war agenda, and that nationalist independence movements were depicted as communist. The ALP, the author reminds us, put up initial opposition to the Korean War, and the Vietnam and Iraq invasions, but under Coalition governments white racial supremacism carried the day. ‘The dominant stream in Australian middle power imagining’, Scappatura writes, ‘is grounded in empire and imperialism, not liberal internationalism’.

Scappatura gives those inside the tent much to consider. Within the scope of his study of Australia’s post-war behaviour he cannot deal with numerous policy vacillations. Examples include: Australia’s missed opportunity in the Non-Aligned Movement under the Coalition, but our later disparagement of SEATO under Labor; our claims to support human rights, but our connivance with the US in establishing dictators in Indonesia and the Philippines; our independence efforts in East Timor, but our grasping manipulations over its oil; Australia’s claim to Asia engagement, but our failure to stay the course without an American presence in APEC and the East Asia Summit; our support for the independence of Papua New Guinea, but not for West Papua or Bougainville.

Australia’s foreign and defence policies are not as uniformly imperialist as Fernandes and Scappatura suggest. Honest History rates a couple of mentions (pp.61-62): Scappatura notes that ‘distinguished historians and other eminent Australians’ have challenged the popular narrative of war in our national culture.

A case study for Scappatura’s thesis concerned the Australian American Leadership Dialogue (AALD), a confidential gathering about which most of us know only what we read from the establishment journalists who want us to realise they were there. So significant and enduring is the AALD, established by Australian businessman Phillip Scanlan in 1993, that Fairfax columnist Peter Hartcher lists it among the three structures of the Australia-US relationship, the others being economic (the Australia-United States Free Trade Agreement), and military-industrial (defence procurements and cooperation). Hartcher, Greg Sheridan, Nick Greiner, Richard Woolcott, Kevin Rudd, and many others are stalwarts of the AALD, whose annual forum over two or three days in Washington and Australian cities claims to be bipartisan, and inclusive of business and government, media and academia.

Scanlan, Australia’s Consul-General in New York in 2009-12, has an American wife and a vested interest in the relationship. He was a senior executive at Amatil (WD & HO Wills) in the 1980s, and a denier of nicotine addiction and of the link between smoking and lung cancer. He was managing director of Coca-Cola Amatil in 1991 when he met President George HW Bush and proposed what in 1993 became the AALD. 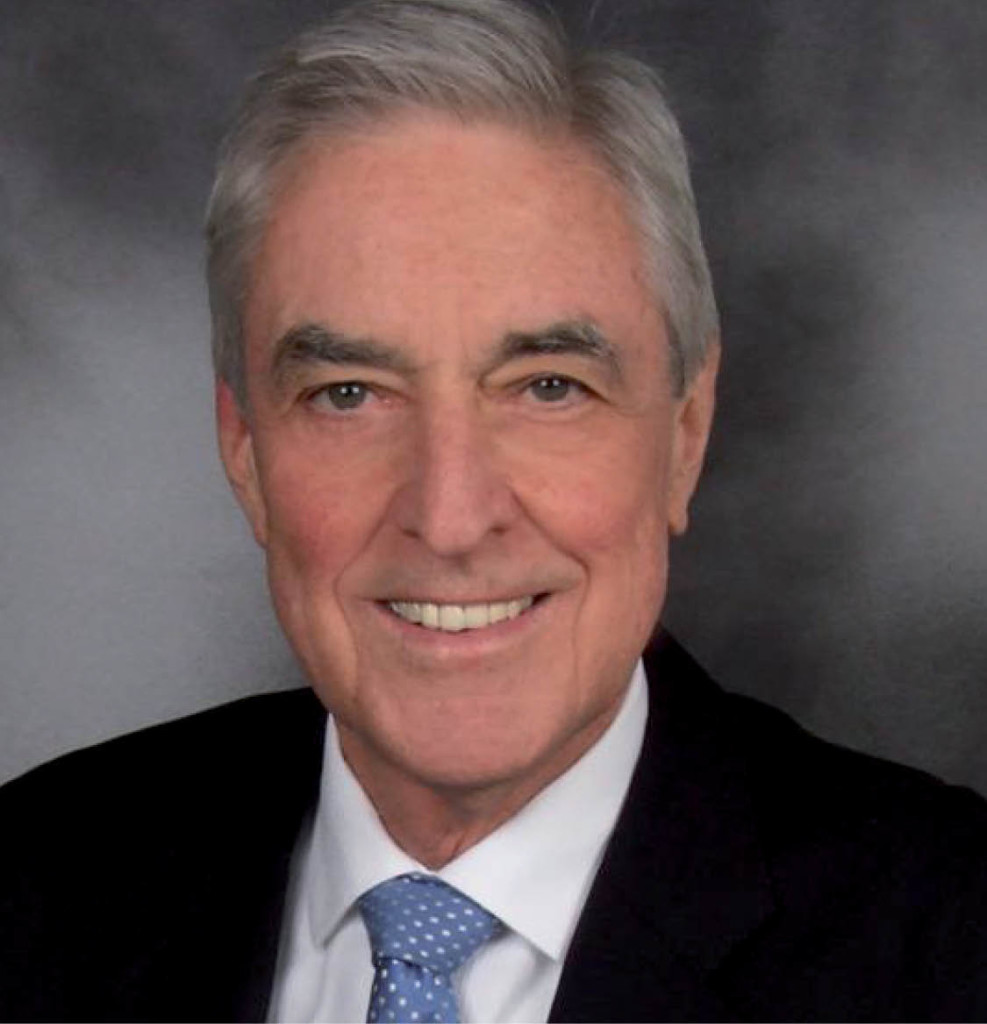 Scanlan personally vets and invites participants to the AALD, whose role is blandly described as creating better relations between Australia and the US, supporting peace and security in the Asia-Pacific region, and engaging leaders of opinion in Australia and the US. It’s also about global security, international trade, management, ‘broadening and deepening mutual understanding’, and so on. Enhancing the ‘framework for regional security’ is the part to highlight: this sounds as if it’s in Australia’s interests, but as Scappatura (quoting Erik Paul) shows, the American objective is to ensure that Australia’s national security elite and corporate leaders will ‘maintain a global neoliberal economic order that is favourable to Western economic interests’ and back the hegemon. When Australian participants in the 2002 Dialogue were told at the White House that war with Iraq was coming, no-one objected.

Whether the AALD, whose ideal is the status quo, will survive, is not certain. The ANU’s Hugh White, who was dropped from the invitation list, will not care, saying the Dialogue has no significant impact. Scappatura allows its enthusiasts to make their case, but concludes that because the AALD ‘exists solely to sustain the alliance orthodoxy’, and monitors compliance, it has not served Australians’ interests well. Failing to adapt in changing times can only make matters worse.