John Blaxland is a distinguished academic, specialising in war and strategy. He is also a former member of the Australian Defence Force. For both these reasons, his views on Afghanistan deserve respect. 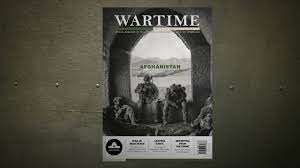 In this piece, Blaxland gives a history of 20 years of Western involvement since 2001, before turning to an assessment. He is not the first analyst to say what he says here, but he does it succinctly and dispassionately. What he says needs to be engraved on the office walls of senior ADF officers, Ministers for Defence, and prime ministers, past and present.

Blaxland argues that ‘the absence of a cohesive and enduring [Australian] strategic objective was the main contributor to failings in Afghanistan and elsewhere in the Middle East … [E]ach of the decision points along the way seems to have been reached and acted on, mindful of just one underlying long-term concern – the maintenance and support of the US alliance’.

Past observers have said unflattering things about Australian ‘leaders’ being too eager to make payments on the alliance insurance policy, and not thinking much further. Blaxland’s assessment suggests these observers were spot on.

In the face of this towering deficiency, it is unfair, Blaxland says, to blame the folks on the ground for what went wrong. Instead, we should look at the lack of strategy and the effects of that lack on the Australians who were in Afghanistan and on the people of that country.

For this, the senior-most military leadership and their political masters must share responsibility: the military for not offering more frank, fearless and far-sighted advice, and politicians for not thinking beyond the prism of their own domestic political cycles.

Something there for Messrs Dutton and Morrison – and General Campbell – to ponder.

Blaxland’s piece is included in an edition of Wartime devoted to Afghanistan. Other contributions include: former American adviser, Carter Malkasian, on American strategy; Australian journalist, Karen Middleton, on her three visits to Afghanistan, as an ’embedded’ observer; War Memorial Director and former Ambassador to Afghanistan, Matt Anderson, on the Australian commitment; Memorial historian, Aaron Pegram, on proposed new exhibitions in the expanded Memorial; Adelaide University psychiatrist, Alexander McFarlane, on the mental health costs of the war.

McFarlane mentions Brereton and alleged war crimes briefly; Anderson and Pegram do not. Pegram does not refer to the community opposition to the Memorial redevelopment. As might be said about the Western (and Russian and earlier Western) intervention in Afghanistan, for some people in some forums it as if these events had never been.

David Stephens is editor of the Honest History website and has been convener of the Heritage Guardians group, opposed to the redevelopment of the War Memorial.