Bean not yet counted out? War Memorial Director Nelson (and friends) in the redistribution trenches

Update 5 June 2018: Fairfax report on the hearing of the augmented Electoral Commission, which heard vigorous arguments for both Nott and Bean.

Honest History has previously noted the electoral redistribution for the ACT, which included a proposal that the new southern electorate in the Territory be named for war correspondent and historian Charles Bean. ‘There’s more’, as that bloke on TV used to say. At a busy time for the War Memorial (arms and the Memorial, Chau Chak Wing), Director Dr Brendan Nelson has been pushing hard for Bean.

Here’s the background. None of the 16 public submissions to the Redistribution Committee proposed the name ‘Bean’. That name came about when the four commissioners voted on a short list that included Bean as one of three possible names. It is not clear how Bean made this list but he was one of 57 ‘additional potential names’ (see page 70) considered by the Committee. More on this below.

The Committee voted and Bean picked up two votes out of four, two other possible names, Cullen and Nott, getting one vote each. (Nott had been proposed in a public submission; Cullen only appeared in the list of 57.) ‘As such’, said the Committee report, ‘a majority of the members voted in favour of “Bean”. This decision was respected by all members of the Redistribution Committee as being due process.’ (Emphasis added. The word ‘majority’ usually means ‘more than half’ but two is larger than one.)

Public comments on the Committee report saw much opposition to ‘Bean’ as a name, a number of comments referring to Bean’s alleged anti-Semitism in relation to Sir John Monash during World War I. (On a whole-of-life basis, the criticisms of Bean are unfair. He moved on.)

Director Nelson came out strongly for Bean, with a letter to the Canberra Times, a radio interview, and a submission to the Committee. (The second stage of comments – see the Redistribution website – continued the discussion over Bean.) In his submission, Dr Nelson said this:

Contrary to claims that naming the new ACT electorate for [Bean] would be an embrace of old attitudes, it would be a sign in this context that the shedding of prejudice and intolerance, and in turn learning to accept and embrace diversity, are values treasured by Australians.

Director Nelson is a great promoter of Bean and his work; he has a famous quote from Bean on his business card. (Honest History’s Michael Piggott, who has followed Bean since preparing a guide to Bean’s papers in the 1980s, wrote in The Honest History Book that Dr Nelson and others have overplayed Bean’s role in getting the War Memorial under way but we can leave that aside for now.) 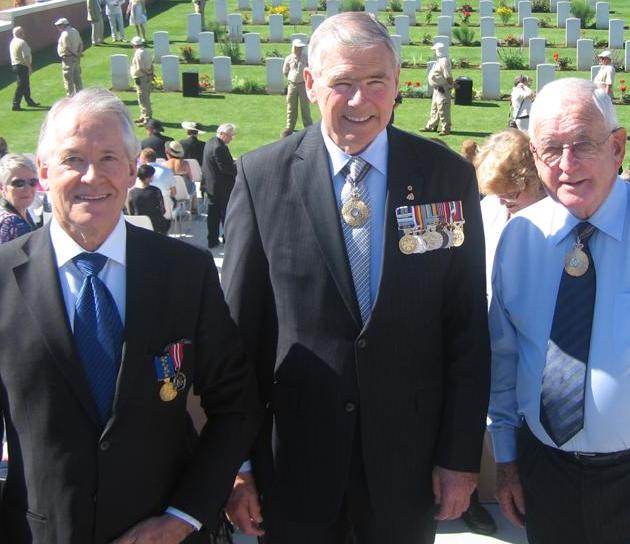 The Hon. Dennis Cowdroy OAM, QC was appointed to the Federal Court of Australia in 2006 and retired in 2014. He is also Judge Advocate of the Australian Defence Force, and Member of the Defence Force Disciplinary Appeal Tribunal, Commander in the Royal Australian Navy Reserve, an RSL National Trustee and Queens Counsel Emeritus to the NSW State Branch of the RSL. He was instrumental in advocating for the Tomb of the Unknown Soldier at the Australian War Memorial.

During 2015-16, according to the War Memorial’s Annual Report for that year, Mr Cowdroy donated ‘(on behalf of the Martin Estate) a collection of 206 glass stereo transparencies, original wooden Verascope case, and folding stereo viewer from the First World War relates to the work of Staff Sergeant Robert William Martin of the Australian War Records Section (AWRS)’. So Mr Cowdroy has helped build the collection of the Memorial that Charles Bean and others set up.

At a function in 2014 to mark Mr Cowdroy’s retirement as a Federal Court judge, the then Attorney-General, Senator Brandis, said this of Mr Cowdroy:

Your achievements speak of vitality and energy, most significantly inspired by an eagerness to support Australia’s armed services. I’m told that this lifelong interest in Australia’s military began when your Honour was a boy and at an inspiring meeting in particular, when you met, as a law student, C.E.W. Bean, the famous historian whom more than anyone else was responsible for popularising the Anzac legend. That meeting, I’m told, has stayed with you across your career and left an indelible mark on you as a person.

So Bean seems to have an admirer on the Electoral Commission as well as at the War Memorial. Speaking after Senator Brandis, Mr Cowdroy acknowledged the presence of Rear Admiral Ken Doolan – at that time both Chair of the Council of the Australian War Memorial and National President of the RSL – and noted his own long association with the RSL.

Guardian Australia‘s Paul Daley noted this week that ‘[Dr] Nelson’s term expires in May, 2019 – just after the federal budget that could deliver the memorial the funding for his big expansion’, the proposed $500 million underground extension. Perhaps an electorate named for Bean might be a legacy, also. We’ll see – when the name is settled.

Finally, it is important to note that the redistribution process allows for an augmented Electoral Commission to consider written objections and comments on objections. The augmented Commission includes Mr Cowdroy (as Chair) and Mr Kalisch (see pages 44-45 of the Committee’s report). It has a public hearing on 4 June.

The Redistribution Committee report is most easily addressed through the Executive Summary, pages 44-45, Table F and Appendix J.

The record of Mr Cowdroy’s farewell, 14 March 2014, can be downloaded from Auscript as an rtf file; search ‘Federal Court of Australia Ceremonial sitting of the Full Court to farewell the Honourable Justice Cowdroy OAM’. See especially pp. 4, 13-14.

On Dr Nelson’s term: scroll down to ‘How long for Dr Nelson?’