The Australian War Memorial has placed on its website a mass of documentation on its proposed $498m extensions. There were also newspaper advertisements carrying the same information. Public feedback will be accepted up till 5 pm, Friday, 31 July.

Readers with views on this project are urged to take time to provide feedback. Consistent with our campaign over almost 18 months, Heritage Guardians and Honest History urge readers to express their opposition to the project.

The Memorial can meet its obligations without continuing with the project.

The Memorial should manage within its existing space – and make hard decisions about how to use it.

The Memorial’s ambition to provide a ‘therapeutic milieu’ for recent veterans is inappropriate and misguided – and a smokescreen for its demand for space to display planes, helicopters, and other retired military equipment.

Much of the new space will be used to display large technology objects, particularly planes and helicopters, serving as a convenient advertisement for their manufacturers.

The money would be better spent on direct benefits to veterans and their families, and on other cultural institutions.

The extensions will destroy the Memorial’s character, affect its heritage status, and entail the demolition of the award-winning Anzac Hall.

For more on direct benefits to veterans as a better use of the Memorial’s $498m, see Paul Daley in Guardian Australia yesterday. (At 5.15 pm today Saturday, almost all the 167 comments on Daley’s piece opposed the Memorial project.) The Attachment to this post has further relevant paragraphs from Submission No. 40.

There is a mass of documentation on the War Memorial site. It can be downloaded in two bundles, ‘EPBC Preliminary Documentation Submission’ and ‘EPBC Preliminary Documentation Attachments A-T2’. While all of it is worth a look, the key parts are in the Submission at pages 11-12 (alleged need for the project), 28-30 (replacement of the award-winning Anzac Hall), 45-46 (impact on trees), 57-72 (impact assessment against heritage values), 80 (Conclusion).

Heritage Guardians and Honest History will be looking at the documentation over the next few days and providing further comment that readers may wish to consider. (Keep an eye on our campaign diary.) Meanwhile, compare the two pictures below. The first is the Memorial facade as it is expected to look after the project is completed. The second is the facade as it is now. (Click on pics to enlarge.) The Memorial insists the facade will be unchanged by the work. 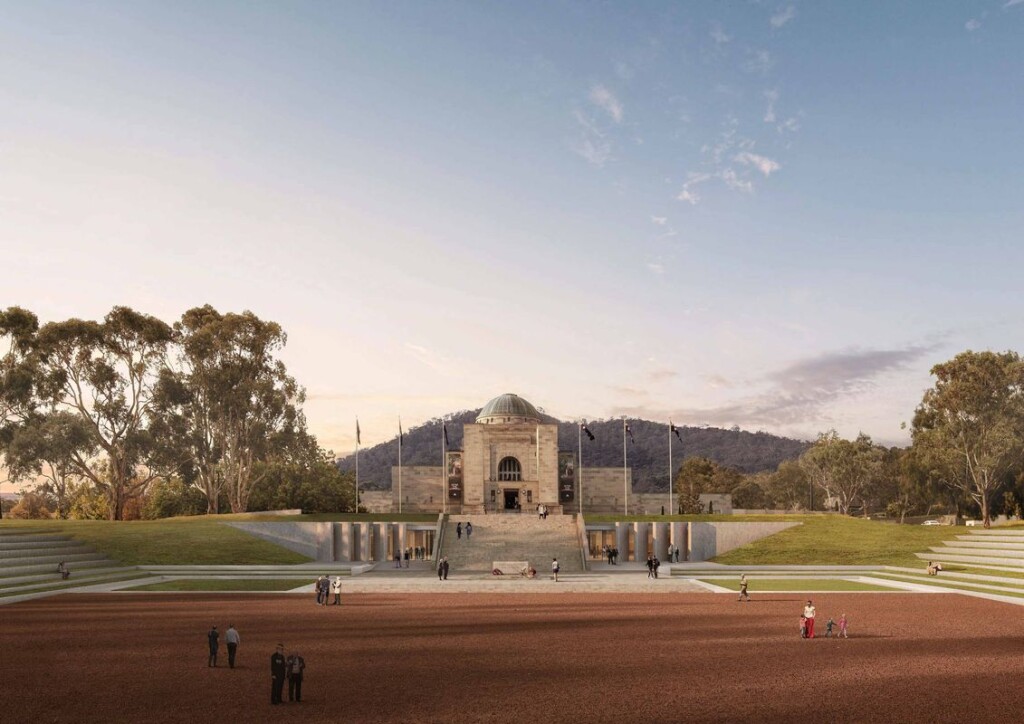 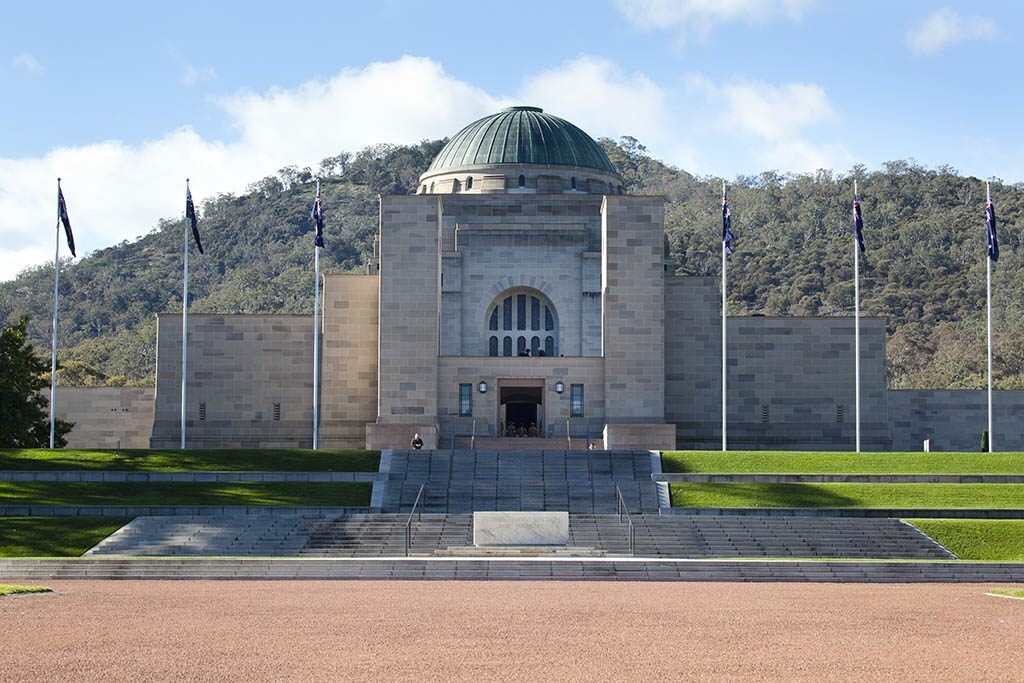 Following an initial referral under the heritage provisions of the Environment Protection and Biodiversity Conservation (EPBC) Act in November 2019, the project was declared a controlled action. This makes it subject to assessment (including this public feedback phase) and approval. Public feedback will be included in the Memorial’s final EPBC documentation to be submitted to the Department of Agriculture, Water and the Environment (DAWE) for assessment.

Many readers will have provided submissions to the PWC inquiry into this project. While the EPBC exercise is separate from the PWC inquiry, the PWC will take note of the public feedback received on the Memorial’s documentation. It is important for interested readers to be involved in both processes. The Memorial has consistently made exaggerated claims about the degree of public support for this project and the best way to meet these claims is with evidence of opposition.

[These paragraphs from November 2019 do not deal with three elements (extension and refurbishment of the C.E.W. Bean Building, a new research centre and public realm improvement works) later added to the Memorial’s EPBC documentation.]

31. Heritage Guardians’ submission on the Memorial’s original heritage referral [dated November 2019] said that Commonwealth and National Heritage values were at risk of significant impact from four elements of the project:

Anzac Hall, in its existing form as an award-winning building, will be destroyed and replaced with a new multi-level Anzac Hall which will have problematic design features both internally and in relation to the rest of the building. ‘The decision [to destroy Anzac Hall] is a prize example of philistine vandalism masquerading as progress’, according to former Director of the Memorial, Major General Steve Gower (Ret’d).

The Glazed Courtyard involves attaching an atrium to the rear of the existing building – ‘insensitively’, said General Gower. ‘The concept is grossly inappropriate.’

The Parliament House Vista. Plans here will have substantial impacts on the view of the existing building and views from other directions will be adversely affected, too.

33. The planned destruction of Anzac Hall directly contradicts the status of the Hall in the Memorial’s own Heritage Management Plan 2011, which still governs developments at the Memorial. The Plan describes Anzac Hall as ‘architecturally impressive’ (p. 13) and is listed among features of the Memorial that ‘act as reminders of important events and people in Australia’s history’ (p. 35). The 2011 Plan continues to be the relevant plan for the purposes of DAWE assessment.

34. The Memorial put out a revised Heritage Management Plan for consultation in 2019, including words on Anzac Hall identical to those in the 2011 plan, but the revision was withdrawn from circulation and does not now appear on the Memorial’s website. Katie Burgess in the Canberra Times pointed to the discrepancy between the words in the draft Plan and the Memorial’s plans for Anzac Hall, but was brushed aside by the Memorial.

35. Heritage Guardians support the heritage arguments put by the Australian Institute of Architects (AIA). The AIA said it had ‘significant and ongoing concerns about the redevelopment project regarding the planned demolition of Anzac Hall and threats to the heritage value of the site, including the nationally significant Eastern Precinct Development’. The Institute’s consultant, Ashley Built Heritage, said the project ‘has significant heritage impacts arising from the bulk, scale and location of the new work such that further detail and minor modification would not remove that significant impact’.