Update 27 May 2016: we found this one much later, paragraphs lurking at the beginning of a piece by Nicolas Stuart about universities:

Anzac Day is an example of what happens when an institution becomes untouchable. It’s only appropriate for a glowing halo to surround the sacrifice of individual service people. The problem occurs when others grasp at this and drape it over their own shortcomings. Justified criticism of political failure is stifled and obvious military deficiencies are ignored.

By swathing themselves with the glowing halo of others, our political and military leaders hope to excuse their own bungling and unconscionable actions that led to war in the first place.

And the defeats. In the past 50 years Australia’s been involved in three wars – Vietnam, Afghanistan and Iraq. All have been utter, tragic failures. Our biggest peacemaking operation – East Timor – was immediately followed up by spying on the fragile island’s government, as we did exactly what Beijing’s currently doing in the South China Sea; bullying smaller states to grab a greater share of underwater resources than the mid-point line represents.

Examine reality, rather than myth and it becomes obvious why politicians, particularly, don’t want you to examine the sordid, dirty truth. By allowing anyone to wrap themselves in the flag and draping the nobility of others over their failure, we enable such distortion. The noble sacrifice of those who died is perverted if anyone is encouraged to cloak themselves in nobleness while keeping base motives hidden.

Update 27 April 2016: We found these in the media of 26 and 27 April and thought they were worth passing on. They are notable because they tend to get beyond tropes about khaki heroes of the Great War.

Just one Anzac Day [Donovan said], I would like to see one of our leaders give a speech promising that no longer would people like him or her sacrifice our young in needless, futile, foreign adventures. To apologise for the mistakes of the past and promise never to allow them to happen again. To make our Defence Forces about defence and not about attack. To swear they will not put our sons and daughters in danger again, just so Australia can play at being a loyal Deputy Dawg in someone else’s aggressive strategic plans. 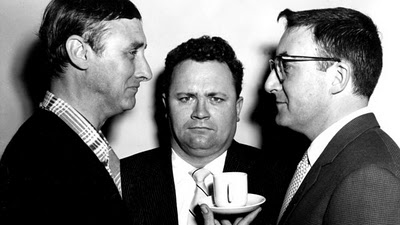 Anzac Day 2016 probably produced the usual number of MSM ‘patriotic’ supplements. We didn’t go looking for them. It certainly delivered the standard ‘tens of thousands turned out’ stories though, if you read a bit further, you found the numbers were way down in a number of centres. (Sharon Mascall-Dare has written about tendencies in Anzac Day reporting: the gig often goes to the young and green, who look at ‘what we said last time’.)

Of more note, however, were these:

I mean there are so many memorials in this country already. We have the Australian War Memorial, we have the cenotaphs. If you go to pretty much any small town in Australia there is a commemoration facility that you can go to and look at the people that fought in that town … I think what that money [the $500 million plus going on commemoration during the centenary] should have been spent on is supporting this generation of veterans. As I said, we have so many veterans that have come back from other wars that weren’t supported well enough. We should learn from those lessons and make sure that huge amount could go into supporting them.