After the Fall: Singapore conference on World War I (review of Walsh and Varnava)

‘After the Fall: Singapore conference on World War I’, Honest History, 15 March 2016 updated

Conference papers that wait too long to be published sometimes lose their zip. That is not the case with the 13 papers in this selection from those delivered at the conference ‘The British Empire and the Great War: Colonial societies/cultural responses’ at Nanyang Technological University, Singapore, in February 2014. 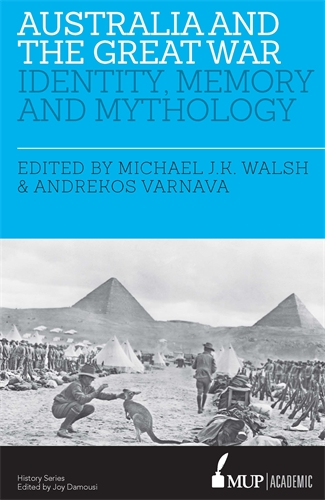 The lapse of time may, indeed, have helped the editors of the volume, Michael JK Walsh and Andrekos Varnava, produce a remarkably good introduction to the collection. Not only does this piece succinctly summarise the papers but it also offers an excellent brief history of Anzac scholarship and an intelligent take on Australia at the time of the Anzac centenary, oscillating as we have been between the poles of jingoistic Anzackery and bloodless scepticism (though less so now in early 2016 as ‘peak Anzac’ seems to have passed). Walsh and Varnava argue that Australian commemoration has not followed ‘a consistent, uninterrupted, linear path’ for a century. In this they follow Carolyn Holbrook’s Anzac ‘decline and surge’ model rather than Peter FitzSimons’ ‘naturally bowed head’ ever since 1915. They use then SBS journalist Scott McIntyre’s high profile intervention in 2015 and the reaction to it as an example of mixed feelings about Anzac.

Discussion at the conference touched on the importance of developing global histories of what was the first global war. Yet, today we still have the question put by Holbrook to conference participants: ‘How can we explain the fact that one hundred years after the Great War, a minor combatant nation is its most prolific commemorator?’ Responding, Peter Stanley wondered whether ‘places like Britain and Australia which are clearly still obsessed with the First World War are the aberration’. He suggested that, a century on, we should question our assumptions about the importance of the war. Australia lags the world, still trapped in a sludge of sentimental nostalgia, needing to rescue Gallipoli and Anzac from mythology and study them as history. Conference participants wrestled with the divergences between ‘memory and history, commemoration and education, reverence and critique, historical inquiry and sentiment’ and the editors wondered if these binaries could ever be reconciled.

Among the papers in the collection, the standout comes from Ayhan Aktar of Istanbul Bilgi University (‘Mustafa Kemal at Gallipoli: The making of a saga, 1921-1932’). (Update 23 August 2017: the article is now available on Academia.) Aktar’s findings (partly based on earlier work by Jenny Macleod of the University of Hull) fire a projectile into the soft flesh of mythology masquerading as history. Aktar argues that the military reputation of Mustafa Kemal at Gallipoli was largely a creation of Empire historians (CEW Bean, WS Churchill and CF Aspinall-Oglander), was imported into Turkey after 1921 as Kemal rose to power, and was then embellished in the early 1930s as Britain tried to mend diplomatic fences with Turkey.

Aktar finds that Kemal is hardly mentioned in Turkish military reports of the Dardanelles campaign, though he became an energetic self-promoter after 1915, despite the blocking efforts of Enver Pasha, the Ottoman war minister. The apotheosis of Kemal received an early kick along from Bean’s admiration for what he saw as Kemal’s military genius and Bean’s apparent feeling that (in Macleod’s words) loss to ‘an admirable leader and admirable race is palatable’.

Churchill’s coining of the phrase ‘Man of Destiny’ to describe Kemal arose from similar motivations – and by the time Churchill’s first two volumes came out in 1923, Kemal had been elected president of Turkey, so working backwards from his new status to retrospectively make him a central player in 1915 seemed justified. 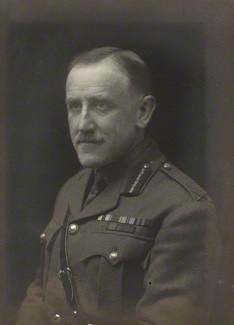 Aspinall-Oglander took over the writing of the official British history in 1925 and closely followed Churchill’s admiring take on Kemal. Aspinall-Oglander’s first volume came out in 1929 and the second volume was due on Anzac Day 1932. Using British records, Aktar shows how Aspinall-Oglander bowed to pressure and made late changes to the text to give Kemal at Gallipoli an even more glowing report. A copy of the doctored volume, specially bound and with a dedication to ‘a great general, a noble enemy, and a generous friend’, was duly presented to Kemal in May 1932 by the British Ambassador to Turkey. Kemal was graciously pleased to receive the gift and Turkish delight was recorded in a semi-official newspaper. From this auspicious event, Anglo-Turkish relations went from strength to strength during the 1930s.

Looking at official Australian remarks 80 years later, one could say that nothing much has changed in this outpost of the former Empire. For example, in April 2015, then Minister for Defence, Kevin Andrews, after reciting the words attributed to Ataturk in 1934 (‘Those heroes that shed their blood …’) went on to say ‘Ataturk’s words are an example of the bridge of friendship between our nations’. Jenny Macleod, attending the conference where Andrews spoke, tweeted that Ataturk’s supposed words had become the single most frequently quoted piece of writing about Gallipoli. This says as much about the assiduousness of the quoters, promoters and apotheosisers, Turkish and other, as it does about Ataturk and his reputation as either military strategist or composer of aphorisms. (Resources on the provenance of the ‘Ataturk words’.)

There are some other little gems in this collection, some of them out of ‘left field’. One such is Brett Holman’s piece on the 1918 mystery aeroplane panic on both sides of the Tasman. This episode seems to have been due to war weariness accentuating the common wartime fear of ‘the enemy within the gates’. It involved hundreds of reports of mysterious aircraft in domestic skies. While the reports were all hoaxes or mistakes, governments fuelled the panic by taking excessive precautions. There was also an element of what Michael McKernan once called ‘manufacturing the war’, whipping up imaginary threats to compensate for distance from the real thing. (One wonders whether there is an element of this still in Australia’s obsession with war commemoration: countries who have wars fought on their soil do not seem as keen as Australia is to remember them.)

Stephanie James’s article is about a different sort of Northern Hemisphere impact on the Australian home front: Australian reaction to the Irish Easter Rising of April 1916, the centenary of which is almost upon us. James describes in detail the range of Irish-Australian positions as the war began and proceeded. Other issues dear to Irish-Australian Catholics, particularly state aid to parochial schools, helped to create a potent mix, Archbishop Mannix stirred the pot, there was sharp focus on the enlistment numbers of Irish-Australians compared with other men, and the conscription controversy had a sectarian and religious element. Initial Irish-Australian support for the war slumped with the Rising and non-Irish attitudes changed.

When the 1916 Easter Rising unequivocally established Irish treachery, this established a species of “guilt by association” into which Irish Australians, already seen as barely loyal, could now be definitely consigned.

Carolyn Holbrook’s contribution extends her work in Anzac: The Unauthorised Biography and traces the connections over a century between war memory and different versions of nationalism. (John Brookes has more on nationalism.) Some of Holbrook’s quotes from bloodthirsty Imperialist poets are particularly unsettling and she examines such early nationalist urgers as CEW Bean and Ernest Scott before going on to consider later carriers of the torch, some of them of a radical bent, like Fitzpatrick, Turner and Ward, and then Bill Gammage and Peter Weir and more recent examples. She refers to the growth in the number of published ‘personal narratives’ of the Great War (51 in the 1970s, 153 in the 1990s, 215 in the first decade of this century).

Judging by the enthusiasm with which contemporary politicians prime the commemorative pump [she concludes, having earlier quoted Honest History figures for commemorative expenditure], the partnership between Australian nationalism and the traumatic war has been successful indeed.

Ryan Johnston provides a detailed study of Tom Nicholson’s ‘Comparative monument: Palestine’ as an example of public commemorative art but prefaces this with some reflections on commemoration: How should we publicly remember events that we can no longer personally recall? How do we balance the commemorative demand for affective resonance in the present with cold critical reflection upon our past? How might vicarious public memories shape our futures? These questions echo a key theme of the Honest History project: history is not just about the past. In addressing them Johnston recognises the two-way process that is involved: presuming that public memory is at the mercy of manipulating forces bent, for example, on ‘the militarisation of Australian history’ simplifies what is really happening and ‘patronisingly divests the public itself of agency in the generation of so-called public memory’. As Pogo almost said, ‘the enemy is us’. 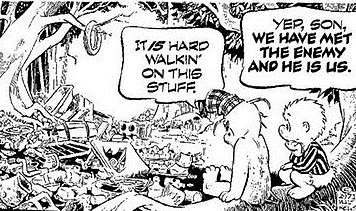 Rounding out the Singapore collection are Melanie Oppenheimer on vice-regal women collaborating with the Red Cross in its humanitarian work, Alexia Moncrieff on how Neville Howse pushed and shoved to ensure an appropriate Australian role in medical services to the forces, Emily Robertson on war atrocity propaganda in the Westralian Worker, Daniel Mark Segesser on the importance of pesticides and WM Hughes as wheat salesman, Joy Damousi on violence against Greeks on the home front, Sylvia Mergenthal on the visual representation of war, Sarah Midford on classical allusions in Bean’s work, and Ashleigh Gilbertson on Bean at Passchendaele. Some of these are heavy going in parts but all will be of great interest to specialists.

Each article has many endnotes and the bibliography is extensive. All in all, this is a collection that deserves to be disseminated far and wide. There were many other papers presented at the Singapore conference which were not published in this collection. See Ashleigh Gilbertson’s report of the conference.